This would make one think that a g3 beam forming plate (giving some more shielding) needs to be considered for the Beam Power Pentode also, but that would take the calc'd Cag1 much too low. Got me.

There is a problem due to capacitances out to the support rods and beam plate that are not in the beam path. So g3 is likely adding some extraneous capacitance between plate and g1 as well as providing some shielding effect. No way to split that up except by an actual ground potential on it, as used by RDH4. Two lead C meters won't do that.
Last edited: 2022-09-20 9:16 pm
Reactions: 1 user
•••

The diagram for the tube in the data sheet has it looking like a tetrode.
•••

Pardon me, here's a side question: As I only know the way HV regulation in CTV's was done in Europe more than half a century ago (by a »ballast« triode), while the American way of achieving it on the flyback tranny's primary side is absolutely unknown to me, I'd like to see a typical schematics to understand it. Maybe even as a PM. Thank you!

George (Tubelab.com) is knowledgeable on that. I've seen his explanation about TV pulse regulators a couple of times here. 6/17KV6 was a common pulse regulator tube, but not as HV as the Beam Triodes. The 6/17KV6 Beam Pentode is a perfectly fine tube for audio too by the way, with no plate cap. But uses the dreaded Novar base (hardly any sockets around). 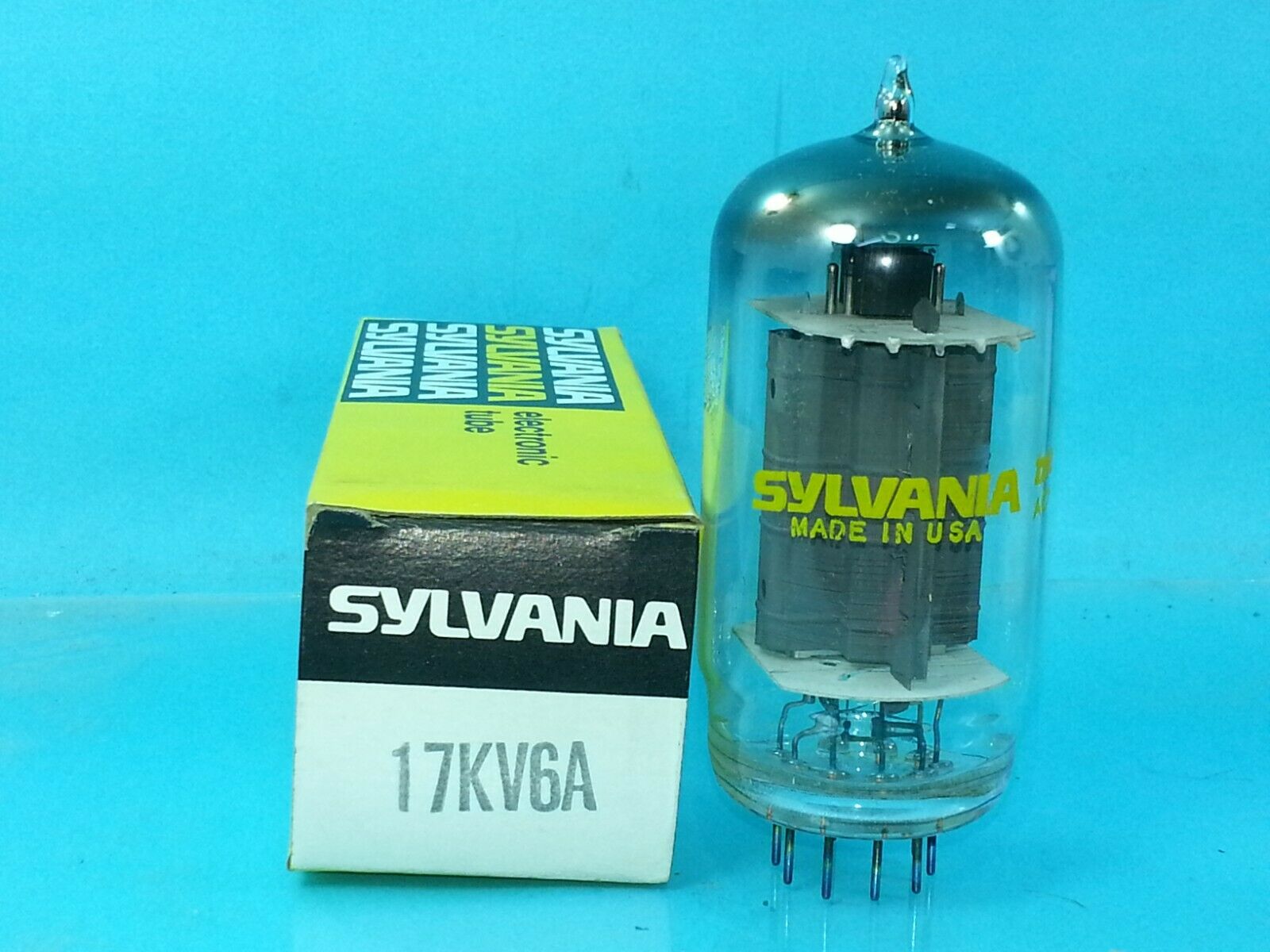 Having slept on the pentode Cag1 problem, I now have a trivially simple measurement that gives spot on results with a 2 lead C meter.

The reason this works is:
to get ground potential (half way between the meter + and - excitations), requires equal cap from g2g3 to both p and g1. The extra (12.7 -7.4) cap at g2g3-g1 is just causing screening current to ground in operation. So we are left with 7.4 pF from g2g3 to p and 7.4 pF from g2g3 to g1 to get ground balance at g2g3. These two 7.4 pF caps are in series between p and g1, so net shielding cap is half that, or 3.7 pF. So measured p-g1 of 4.3 pF minus the shielding effect cap of 3.7 pF leaves 0.6 pF effective Cag1.
The screening grids are absorbing the plate field effects that normally would go thru the 3.7 pF coupling.

smoking-amp said:
...But uses the dreaded Novar base (hardly any sockets around). View attachment 1092896
Click to expand...

Oh! Oops,
We return your TV programming now to those Beam Triodes that no one wants...... 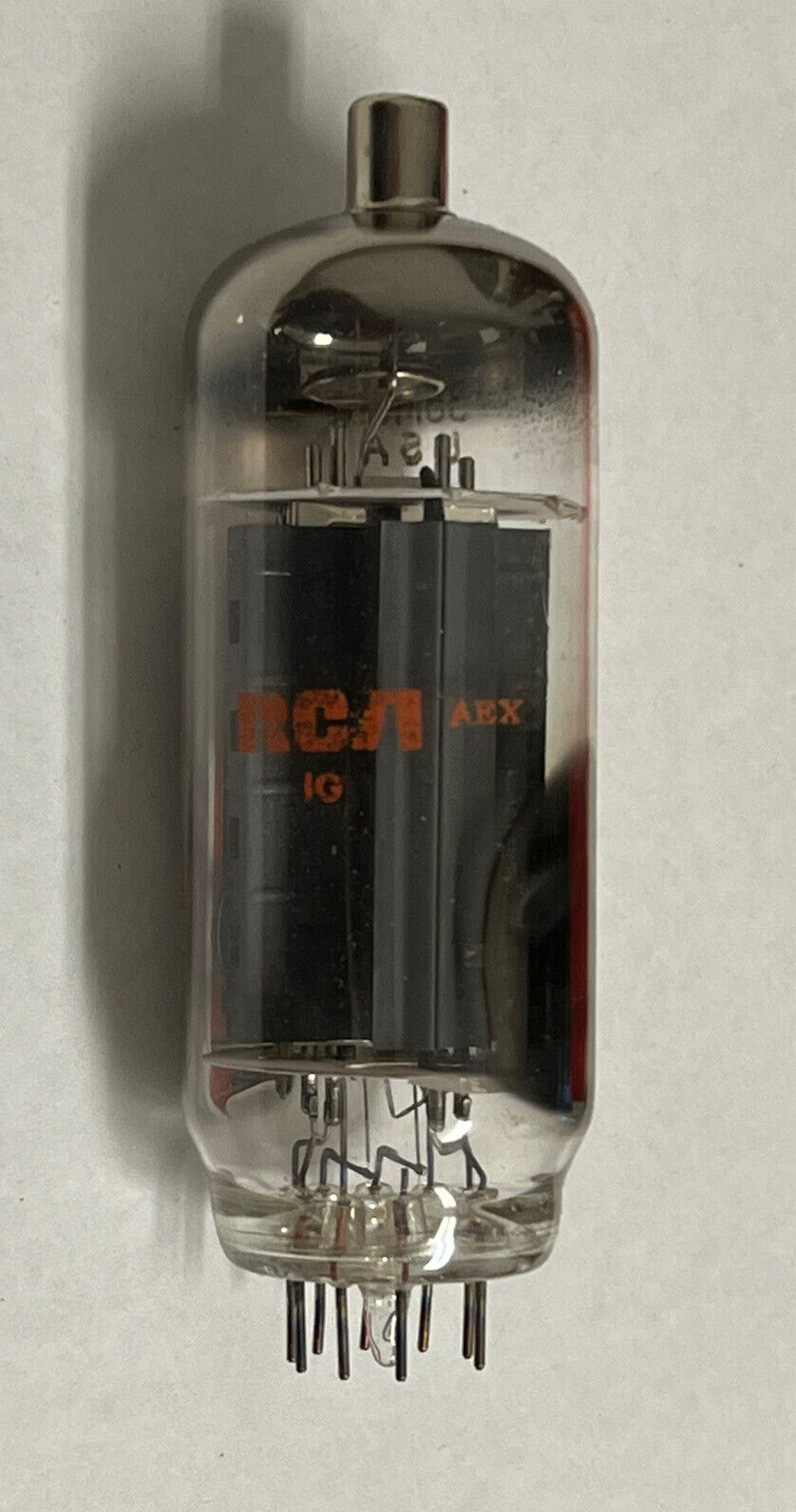 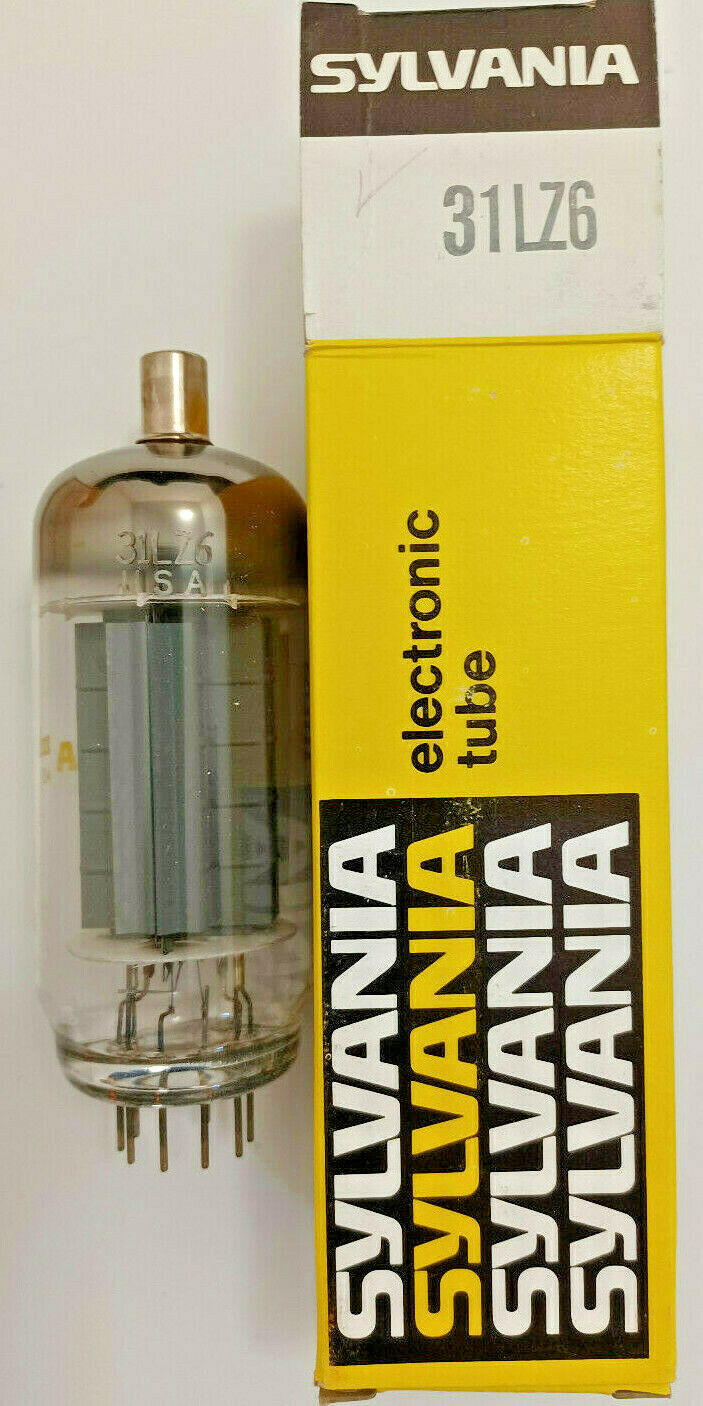 For another study of shunt regulation for the picture tube, have a look at the 6BK4. Meant to be a shunt regulator for the 30KV range.
•••

Isn't this discussion about power triodes ?

I discovered the 6HV5A quite by accident. There was one in a stash of random tubes I bought on Ebay. I thought at first it was one of the many capless beam power pentodes for horizontal output, but research proved differently. I'm thinking of using them in a monster class AB push pull amp with a little positive bias on the grid so that they can wake up at less than electric chair-type potentials. Since they're a triode, I might have to use a follower to drive the grids. It will be interesting to see the behavior of the tube with tens of milliamps of bias rather than hundreds. There will also be some feedback to help lower the effective plate resistance. If that doesn't work, I still have plenty of monster horizontal output tubes that can be pressed into service.
•••
6

Duty Cycle is often expressed as %. If it is %, divide by 100.
(50% becomes 0.5)
Multiply the plate current by the duty cycle to get the average plate current.

All the above are approximations at best, but get you in the ball park of what plate current can be safely applied.
So try to be a little conservative, do not try and squeeze out the maximum, back off a little bit.

As to driving positive grid current, each tube has either a listed, or a non listed, maximum.
You are on your own as to what is safe and non destructive.
G1 failure, thermal run-away, and what ever else may vary.
•••

Suffice it to say, I won't be running at hundreds of milliamps of bias current for my class AB push-pull. - maybe 600Volts, 20mA, with some positive grid bias so that the tube wakes up at that low plate voltage. I may limit myself to using the GE version, as their plates are taller than Sylvania's take on the 6HV5A.
Last edited: 2022-09-21 8:23 pm
•••

Could try a moderate B+ with a resonant RF circuit in the plate lead of the Beam Triode. Drive the resonator externally (or possibly by RF super- imposed on the BT grids) to reach EHV, so the Beam Triode would have EHV on it's plate half the time. Could use two parallel tubes out of phase for normal 100% duty operation.

I was looking closely at the 6HZ5/6JD5 tube here and the grid has much finer wire pitch than typically seen on Sweep pentodes, almost like a frame grid. So that's explaining the 2X higher gm than a comparable Sweep at 300 mA. This would make me a little leery of pushing the grid too positive. Some +
voltage limiting seems like a good idea.

There still remains the very high output impedance of these tubes. OK I guess for Electrostats. Could fit in with a Berning type impedance converter, which could generate the EHV as well. Not much room for cost savings over a normal Sweep tube then.

Using 3x 12HL7 tubes in parallel would get you the same gm level and Watts at lowish normal B+ and normal steady current. Fabulous internal triodes too. Sensitive frame grids, but no need to take them positive. But some attention to keeping them under control (parasitic osc.) would likely be needed, and individual biasing. I bought a box full back when they were $1, but I see them listed for $3 now.

SA - that sounds like a whole lot of trouble for something that can probably be had rather simply and directly. As I also said, if the beam triode gambit doesn't pan out, I have a bunch of 35LR6s waiting in the wings that would be more than happy to pump out the watts. In that case, the amp could use pentode mode with feedback for triode emulation, screen drive, or maybe even "crazy" drive.
•••
Show hidden low quality content
You must log in or register to reply here.
Share:
Facebook Twitter Reddit Pinterest Tumblr WhatsApp Email Share Link
Top Bottom