Matt, so cynical. By “throw away” i mean to give away to someone who would otherwise have nothing. The same kind of circumstances as when to choose MDF for your speaker build (it is better then cardboard).

I have a tall overflowing give-away shelf.

Why don't you like the metal posts? Just preference?

FWIW, I will actually be swapping amps/cable a lot, moving things around, so I do want something easy to live with, and if I break something, allow me to replace.

Honestly, if I am happy to just keep it basic with something like these, should I stop worrying and just got moving on the build 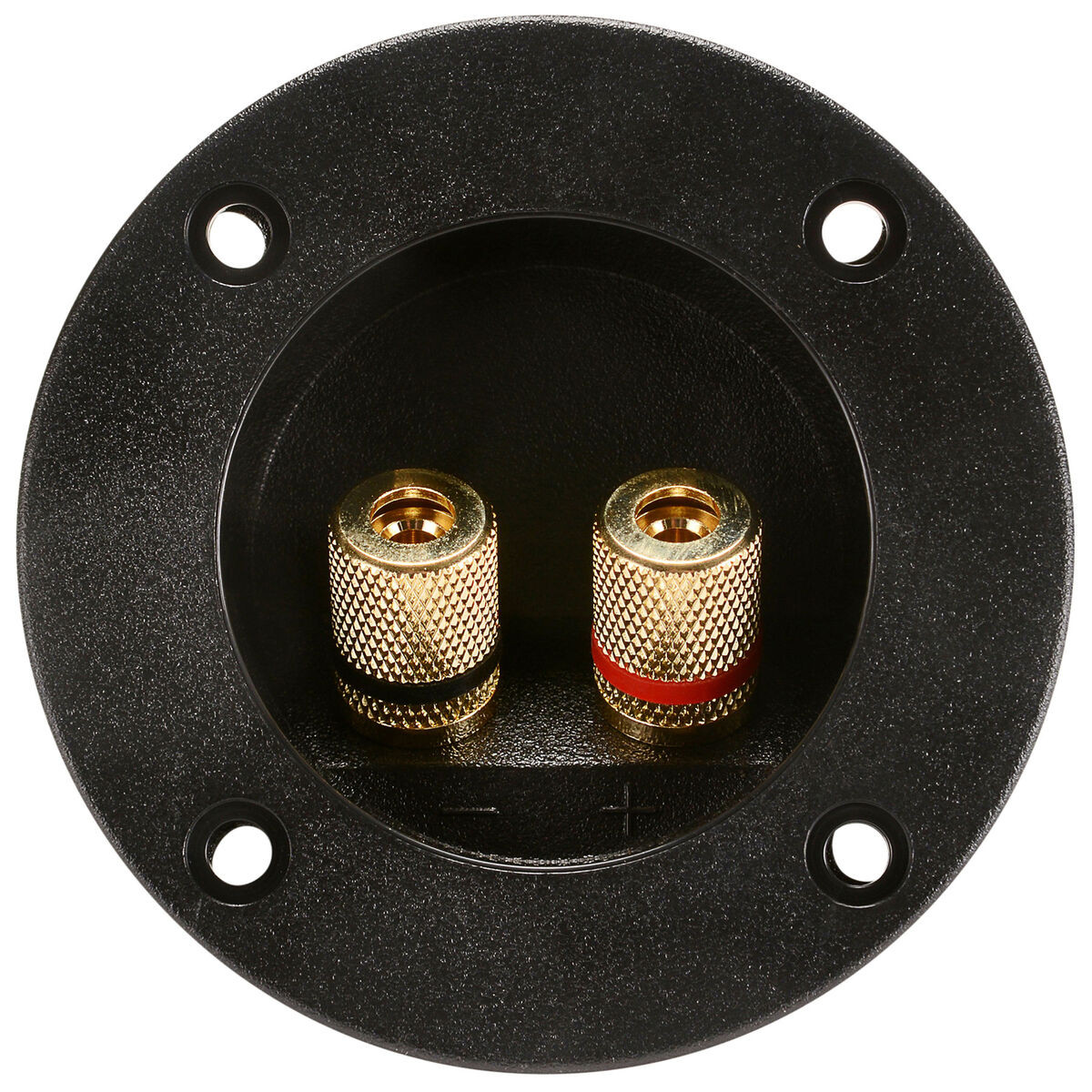 Too much metal. The cheaper plastic ones sound better. Subtle but there.

Or maybe if I make it even more simple...is what's pictured here the default (if I order from Bob)...and should I just use those and not make a big deal out of it! I think that is your preferred style. Obviously I will verify with Bob as he is selling the kit.

Those look like the budget PE ones, yes, i would just stay there. Because they are removable, you can play later.

planet10 said:
Too much metal. The cheaper plastic ones sound better. Subtle but there.

Being able to hear differences due to too much metal is very impressive, have you ever considered participating in studies into the thresholds of human hearing?
•••
Z

I unscrewed the metal outer part of one of the binding posts - it measured 4 gms on a precision weighing scale. The inner part looks slightly thinner vs the ones with the plastic red and black bits, but it might be an optical illusion. All in all, the amount of metal is very less in both binding posts / terminals.

It is fairly certain that there will be no audible difference unless there is a bad contact somewhere. Close to 10 years back, in one of my speakers I had a piece of internal hookup wire that did not have a really tight contact with the binding post, and that speaker sounded slightly less loud vs the other one. Once I had it tightened, no difference.

Don't sweat it - the ones I see in the pic of Bob's FH3 kit (rectangular terminal cup) work fine. I have used them in multiple projects. You can unscrew them and change the wires inside if you want to. Both these and the round terminals have similar tabs on which you can solder the wire on; you can use FASTON connectors too.
Last edited: 2021-04-27 1:36 pm
••• 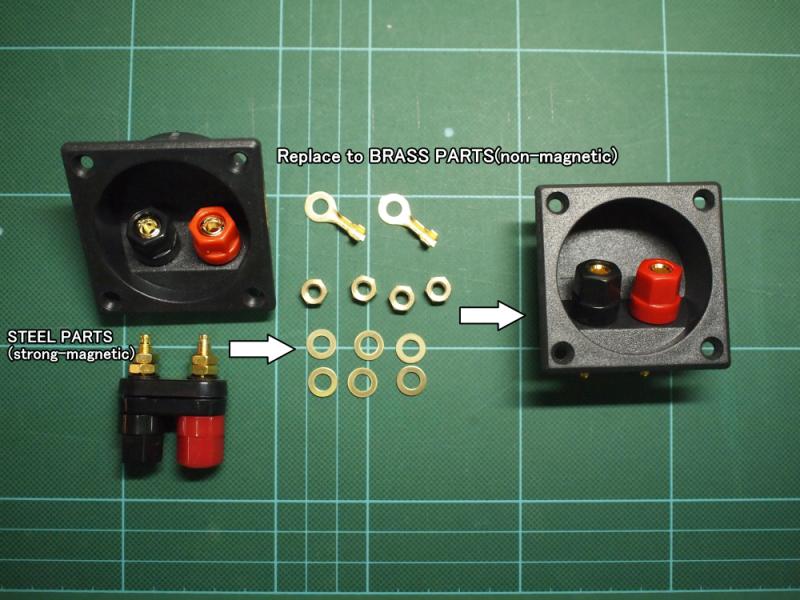 scottjoplin said:
Being able to hear differences due to too much metal is very impressive, have you ever considered participating in studies into the thresholds of human hearing?
Click to expand...

Have you ever considered ceasing baiting people on an almost continuous basis? A number of people are getting very tired of seeing you emerge on threads, apparently for the express purpose of making a supercilious little comment about other members who you have decided hold a different view to yourself.
•••

I can't comment on the magnetic side, but if you have steel in the signal path, you've got a significantly more resistive component than the majority of brass grades. A small amount given the quantities involved to be sure, but in HE systems, connection losses (most are rubbish -give me properly screwed down lug connection any day) can be an issue. No doubt that's why we've seen a proliferation of copper posts, although given how soft it is, it's probably not ideal if you're likely to be regularly moving components around.
•••

Is it possible the magnetism could cause eddy currents?
•••

You're right, I understand.

I'm sorry, I don't know what you're talking about.
I actually try various things and listen to the sound to make a judgment.
•••

Thanks, I read the Wiki about eddy current.
And I'm thinking, that I don't have to consider "eddy current" in my audio life.
What I know from my experience so far is that "when a music signal flows through a magnetic body, the sound becomes dirty."
•••

It's an interesting observation, I'm just looking for a possible explanation, like why more metal sounds different, there could be a connection to skin effect too or impedance matching and reflections similar to in cables. The Essex Echo 1995: Electrical Signal Propagation & Cable Theory | Stereophile.com It seems some people can hear such effects which makes thresholds of hearing an interesting subject too.
•••

They might be able to. Or they might think they are able to, which in most normal conditions for psychological purposes amounts to the same thing and is fair enough, especially if it makes them feel better (providing they haven't been scammed by fiction, which most reasonable people would consider objectionable).

Hawksford's Essex Echo however is another matter entirely given that it purports to be a scientific / engineering piece. The equations contained are fine, nothing new, but the presentation is very concerning, with insufficient information to make the test setup properly repeatable and at best questionable methodology and a limited range of testing. The interpretation is even more open for critique, since it appears to selectively mix & match aspects of electrodynamics / EM (while carefully omitting other aspects) with classical electrical engineering. Which you can't do -it's either one or the other. Others working in the field (with no connection to audio) have described it as 'garbage', which is difficult to argue with. A sad state of affairs really -Omar is, to put it mildly, a very clever man, but this was not worthy of him in the '80s, it wasn't when it was cranked out again by Stereophile in the '90s, and it isn't now.

I'm bored and looking for a project. I have several of the old RS 40-1354 full range drivers. Would they work in a FH3 or FHXL? Thanks for any suggestions.
•••

They should work well.