Zen Mod said:
now, targeted Iq is 1A7, but remember - due to Square Law transfer function , number isn't exactly carved in stone - it can be lowered without much penalty ( no louder KlunK!)
Click to expand...

Nice reference, I just read "leaving class A" this morning (again!). I was wondering about the penalty if one would lower the bias, as the article mentions more advantages with increasing bias:

I will at least use a transformer with 2x2 secondaries. Xa25 has one transformer, right?

Thanks for the detailed explanation. Would you have become an engineer, we had no one to nag at!
Reactions: 1 user
•••
D

Production XA25s (at least the ones I've seen) use a single power transformer.
•••

and , wonder, someone here is having Real McKay at home

PSU’s are all about cost efficiency. For the price range, a single PSU is probably more than good enough, and all possible measures taken iot make it as good as possible.

but if you read Papas paper on power supplies, it is apparent that for the relentless approach, where cost is no object, external PSUs, mono blocks, and bigass inductors - even choke input supplies, is evidence of a makers dedication. This is readily apparent in the most costly of the Pass Labs amplifiers. Likely following Papas 1.000 dollars per kilo amplifier approach

We DIYers have the advantage of putting countless hours of effort into these projects. There are not many drawbacks in an oversized PSU, as long as it is constructed properly. Besides cost and weight. There are equally few objective technological advantages of an undersized PSU. But there are probably plenty of subjective advantages. And then there ate the factors of cost and time, objective at that.

It costs, alot. And is heavy as hell. Attached is a pic of the first PSU I made with my bare hands. No, «I did not extrude the metal». But it was fun as hell, and runs like on batteries. Glad my back is functioning again after last years surgery. Key factors of success: no hum, and it is possible to bias the amp despite the huge supply.

yes, it could likely have been built far better. With higher voltage rated caps, eith split gnd planes, etc etc. But I like it. Cuz I did it. Not without help from Dennis and ZM. And Papa. But still

correction: I did extrude those ground planes

Robin De Wolf said:
Nice reference, I just read "leaving class A" this morning (again!). I was wondering about the penalty if one would lower the bias, as the article mentions more advantages with increasing bias: View attachment 1042619
I will at least use a transformer with 2x2 secondaries. Xa25 has one transformer, right?

Thanks for the detailed explanation. Would you have become an engineer, we had no one to nag at!
Click to expand...

I believe ZM’s point was that the square law behaviour of the devices in this circuit sorta defies physics, and so a little lower Iq won’t imply the same amount of penalty as in an output stage with for example source resistance. No?
Reactions: 1 user
•••

yup
exactly what I was sayin'
with Square Law, Klunk! is much less obtrusive

now, seriously - is even possible placing a price tag on DEFiSIT?

as far as I know, sole specimen in Europe

You know you beat most of us with 60 Iq points, guess you run on higher bias

Are you the Bunny? I more had you as a very smart coyote 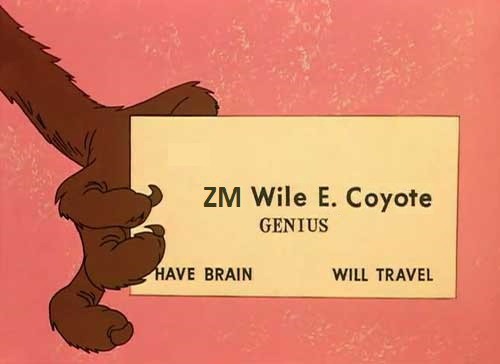 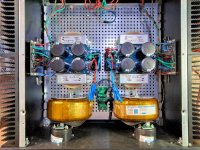 But I love too the extremely elegant and minimalist approach of Papa's Firstwatt line!
Reactions: 1 users
•••

Zen Mod said:
I didn't made any measurements at 1A of Iq nor I intend to do that (lazy or not wanting to promote idea?)

though, I believe my friend when he's saying that there is no difference to speak of, with his sensitive speakers

he's having exactly the same as shown here: https://www.zenmod.in.rs/sonido-15-way-speakers-by-zm-woland-edition/

if you go for 30vdc, there is opening to use 35Vdc caps in cap bank, they will endure wiith ease short unbiased ampp condition during power up sequence, when rails are unloaded
if you go for 35Vdc, you must resort to 50Vdc caps as minimum

give or take half a volt, who cares

now, targeted Iq is 1A7, but remember - due to Square Law transfer function , number isn't exactly carved in stone - it can be lowered without much penalty ( no louder KlunK!)

say that I'm Chicken, so no less than 300VA of Donut power per channel

if Cheapskates of Yore, producing Tube amps in numbers, could use common cathode resistors for both OS channels, there is no reason one can't use common PSU for both amp channels - it increases organicity of sound and it enlarges Mono Base ( coherence of Soundscape )

matter of choice, but let's make it informed (choice)

- sorta important detail - advisable to use separate secondaries/one bridge per secondary arrangement; as with majority of my little amps, also in case of Babelfish XA252 SET and Babelfish XA252 SIT - dynamic loading of rails is not uniform - result of complementary connected output devices not exactly being complementary, so having different/wakoo transfer characteristic

so, if there is usual power xformer arrangement - center tapped secondary, entire rails loading difference will transpose to Center Tap ( used as Audio Gnd) , and xformer - happy stupid critter - is subjected to see it as nothing else as intermittent DC

We all know that xformers don't like DC and completely normal consequence is nothing else than buzz ........ and spoiling of xformer transfer characteristic

spoiling is going to result in spoiling AC coming from transformer, putting garbage back in rails, so some smearing of supposedly beautiful Soundscape ......

wouldn't be easier that I really ended as Construction Engineer, instead of messing with multilegged fuses in Papaland ?

Those speakers are great, "want-have"

for you, nothing easier than calling Istvan, Sonido

planning to pony up for their 10" FC drivers, even if God knows that I really don't need more speakers (twice,trice....)

somehow, my speaker related greediness is hardest to tame
•••

I don't need more speakers too. But I want

point of need long time past

But I love too the extremely elegant and minimalist approach of Papa's Firstwatt line!
Click to expand...

Looks great! But hey, someone who has the number 42 cannot go wrong

Just checking if those PCBs were anywhere around here - or did I miss them ??
•••

The Iron Pumpkin is finished and now there is suddenly a great emptiness... so just wanted to ask...

Come on, it's unfair

And I also have a LuFo to finish.
But I (we) WANT this one too

Plott said:
The Iron Pumpkin is finished and now there is suddenly a great emptiness... so just wanted to ask...

Have you tried filling it with music?