What I am wondering, in the dearth of March Cinema, is whether I should watch "Parallel Mothers"?

Back with a review tomorrow.

Not sure what the THX sound is all about, but here if you want good (also very load) sound you'll find it at a IMAX theater. But there are only a few in our country and I have only been there once.

Yes system7, keep us posted on your reviews. Not all have the privilege to go to the cinema early in the morning on weekdays. I'll try and catchup once I have retired.
•••

Got to say those projector lamps are quite mighty, a 15 kW Xenon arc lamp for an IMAX projector. 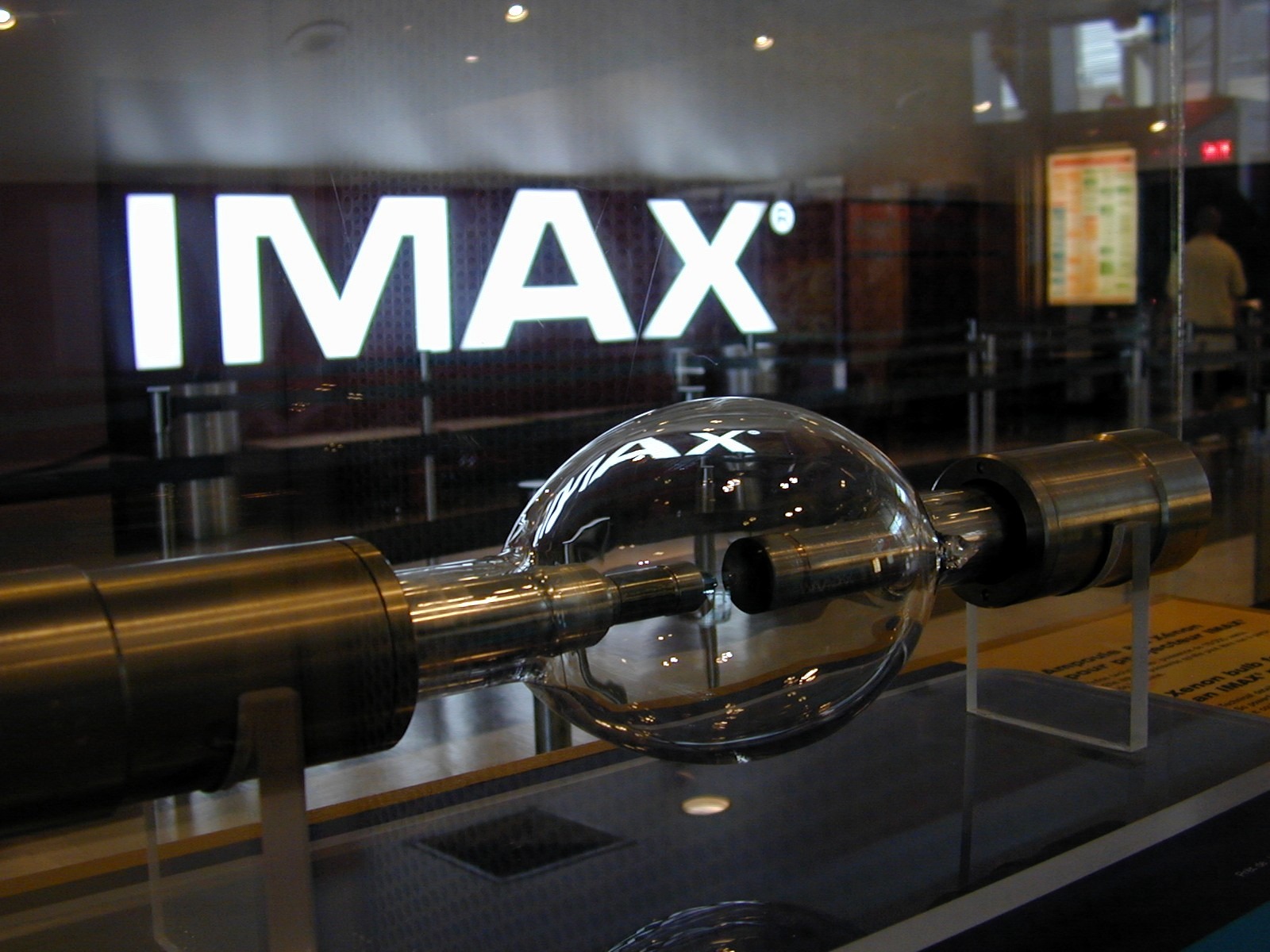 That's about 82 big flat screen 4k TV's (even mix of 65" and 75"), just for the bulb.
If a gang of only 4 sits in front of each set that's 328 people, if it's for instance families of 3-4 inviting another child or two along to watch the movie it's 410 people.
Then there's the going to and from, parking, driving in slow traffic, fuel consumption. And the cinema does not consume power only for the bulb.
Popcorn is cheaper at home, soda is cheaper at home, you're not driving so you could have a beer if you choose to. If there's a smelly sock causing a disturbance it's either you or your child so it's not that big of a hurdle letting that person know, no lines to stand in.
If you (or perhaps more likely: the kids) need to fart because of all the "pop"-corn and soda it's mostly a funny thing being joked about and not seemingly an attempt for your life in the confinement of your car afterwards because they all held it in for so long it smells like something crawled up their backsides to die.

I'm seeing very few reasons to go to the cinema, and the kids themselves even prefer watching movies at home.
Does anyone have any good reasons Pro-Cinema? I'm feeling it's a bit one-sided here.

Here a DVD costs less than a trip to the cinema...
I can watch at will, pause, rewind, watch only some scenes and so on...
•••

Yes, it's much cheaper. If I want to buy a 4k movie it costs me more than 1 ticket but less than 2. If the same movie is available to rent it's less than half the price of a single ticket.
•••

Well I personally like the experience in the cinema. It's an experience and with small kids a huge adventure. I have a lot of fond memories of taking brood 1 to see films and very few of sitting down to watch a DVD. The sound is often less than ideal but I can live with that for the immersion you get that most of us cannot replicate at home.

But I like the ritual of vinyl and find that more satisfying than just queing up a track off the server. What I don't get is how anti cinema those who would rather look at a tiny screen at home are. I don't think anyone who likes the cinema has dissed peoples' personal choices in that way? Why not just say 'not for me'?
•••

NareshBrd said:
Here a DVD costs less than a trip to the cinema...
Click to expand...

A light beer costs less than a nice bottle of wine, so should we all think light beer is a better thing to drink?
•••

billshurv said:
A light beer costs less than a nice bottle of wine
Click to expand...

I brew my own, both wine and beer. I get several litres of reasonably good stuff for the price of 1 reasonably good bottle of wine. Ofcourse, I am forced to brew a little more for the sake of economy, but for say 4-6 bottles of quite good wine I can have 18-22 liters of about equally good wine. It's about the same as for instance buying a good off-the-shelf subwoofer vs making your own.
•••

I was more caught up with "light beer", not often I have a "light beer". I like beer with a bit of colour and character.
Life's too short for mass produced food and beverage. Find some good food or drink (does not have to be alcohol or unhealthy) to enjoy every day. Why settle for mediocre?

Still, I guess some times if there's nothing else to be had, sitting outside enjoying a cool "light beer" in the sun on a beautiful spring day, watching the snow melt and the birds sing their desperate little hearts out, is not the worst experience one can have.

Edit:
I intended my reply to provide a bit of contrast, in case you missed it. It doesn't have to cost a lot of money to provide a good experience.
Reactions: 1 user
•••

system7 said:
Why would anyone subject themselves to such a Dark, Dystopian Movie? Hardly enjoyable.
Click to expand...

That's a genre that seems immensely popular today. The kids love it and talk about it no end. My wife is frustrated by it, as it seem to dominate the most new film production.
•••
D

My last visit to cinema happened in the summer of 89.
Despite a fact, theres state od the art cinema only 2min of walking distance from my home.
I think youll get my point.
•••

KaffiMann said:
I was more caught up with "light beer", not often I have a "light beer". I like beer with a bit of colour and character.
Life's too short for mass produced food and beverage. Find some good food or drink (does not have to be alcohol or unhealthy) to enjoy every day. Why settle for mediocre?

Still, I guess some times if there's nothing else to be had, sitting outside enjoying a cool "light beer" in the sun on a beautiful spring day, watching the snow melt and the birds sing their desperate little hearts out, is not the worst experience one can have.
Click to expand...

I think KaffiMann is touching on a core issue here. We all experience things differently - cinema included. To appreciate (a posetive experience) simple things like he describes here, takes an aquired or deliberate attitude and skill. Not all people can appreciate the little things in life and I feel sorry for those who can't - they lead a bitter life. So, good for you KaffiMann, maybe I should try my hand at home brewing too. Does it give the same level of satisfaction as audio diy?
•••

Very much so, and it's the same as most other things, the first batch is rarely top notch.
It takes a few tries to get it right and eventually you graduate to try with proper fruits or berries.
Same thing as with baking bread or pastries, takes a few tries to make a good product. My wife takes care of the baking btw.

The biggest problem with having a bit "on hand" is that while we ourselves are quite conservative in regards to consumption, when we have guests they do not seem to have a bottom... IE: they keep pouring it in like there's no tomorrow. The feedback is good though.
Reactions: 1 users
•••

My kids like to go to the cinema, they are young and don't have basement empires for their own home theatre - there will always be young people and they will want places to go with their friends where they can be entertained. Sports is less of an option due to greed for high ticket pricing so I see movie theatres having a lot of life in them yet.
•••

I enjoy IMAX features. Dune was specifically shot with IMAX cameras for an IMAX presentation and if that’s something directors continue to make a decision to do, I will continue to honor it as a viewer. In fact, my first viewing of the film was via streaming on my 4K LG and surround system (I live in a duplex and massively underutilize the SPL potential). It was for the second that I went to the cinema, followed by a third viewing at home with my son. Something like a new David Lynch movie or repertory viewing of a classic I love, I will make a point of going to the theaters to see; comic book movies I have little interest in bothering with and have no problem watching at home to placate the kids.
•••

I must have blinked and missed the remake of "Dune". Having read the book series, I saw it all in my own head anyway.

This one I enjoyed, pre-pandemic:

Wouldn't catch me in a race car. My life-expectancy would be about 5 minutes. But gave me a glimpse of an extraordinary pursuit for people more fearless and talented than myself.
•••
D

Movie theaters survive because now a movie date will cost at least $100 bucks if you eat some popcorn and drink a softdrink. You'll have to put up with someone behind you kicking the back of your seat or putting their feet on the back of your chair if the back row of the theatre is full. Or, people around you with their smartphone screen glaring at you every five seconds, a kid reciting the lines from the movie, people talking,
•••