mp9 said:
...unfortunately, it was a typo, Juielt BVR is designed for the A12pw
Click to expand...

Yes, i blew that. A BVR of the same series is coming for the A12p. Scott has just been busy and not had time to sit down with it yet.

Wish there were a ready source of A10p, that woud nicely fall in line with the others.

An A7.2p with the same voicing would also be cool.

bianchi said:
I'm interested to know how the SuperPensils handle dynamics? On complex passages do they become congested? I'm not into heavy metal but classic rock can have passages where all instruments go at it at the same time causing congestions. How do the SP handle that?
Click to expand...

Oh they'll play loud as hell. My ears will give up long before the drivers.

vinylkid58 said:
Oh they'll play loud as hell. My ears will give up long before the drivers.

I have no doubt that they will play loud, but how is the sound when playing loud?
•••

As Dave says, not a lack of interest as such. It's just that ye interlocutor here has not been in mid-season form for a little while, & is currently writing some lectures while also engaged in a lengthy (& hopeless) job search.

Wishing you a good and successful job hunt Scott.
There is a design by Scott called Juliet for 12p on the markaudio web site.
Is this what we are looking for? Hope it is ok to share this here.
Juliet Alpair 12P classic DCR
•••
B

I need someone to help me determine if my tube integrated amp has a high or low output impedance. According to Scott's designs and posts, this seems to be an important amp spec which may help in deciding what speaker to choose.
I have a Finale F128 SEP EL84 6 watts integrated amp with a 8 ohms speaker RCA output. I was told in the past that the output impedance is about 1 ohm.
How can I know for sure? Is 1 ohm considered high or low?
Thanks
•••

I'm glad Scottmoose managed to bring attention to the importance of the drive impedance. 1ohm is typical for your tubes and topology I`d say. There's not much info on the company's website, e-mail might work. It`s not that high and yet should not be overlooked. It`s probably safe to add 0.5 ohm for cabling and connections. With 1.5 ohm, your 19L looks good with tuning between 40-50Hz, adjust for room and preference. You haven`t yet stated what it is though, so I'll also come around for a second and third charge, respectively:


I`m just trying to give your present 12.2P enclosure a fighting chance for you to like it. Maybe it still won`t cut it after making sure all is being done, but I think it`ll then be more reasonable to consider a new build.
•••
B

Thanks IG81,
I appreciate your input. The standmounts are tuned for 50Hz and I believe I read somewhere that Mark Audio drivers, or specifically the A12.2p, do not need BSC.
•••

I do seem to recall at least one of their models had a built-in low-frequency shelf that could mitigate baffle-step, but the published response of the 12P leads me to believe it has not been so blessed.

At Fb~50Hz, the alignment should be decent with a bit of drive impedance as mentioned above. Position relative to walls or corners can help. Passive or active BSC should bring bass up in-line with the midrange. The full 6dB is likely not required, 3-4dB is usually more like it. 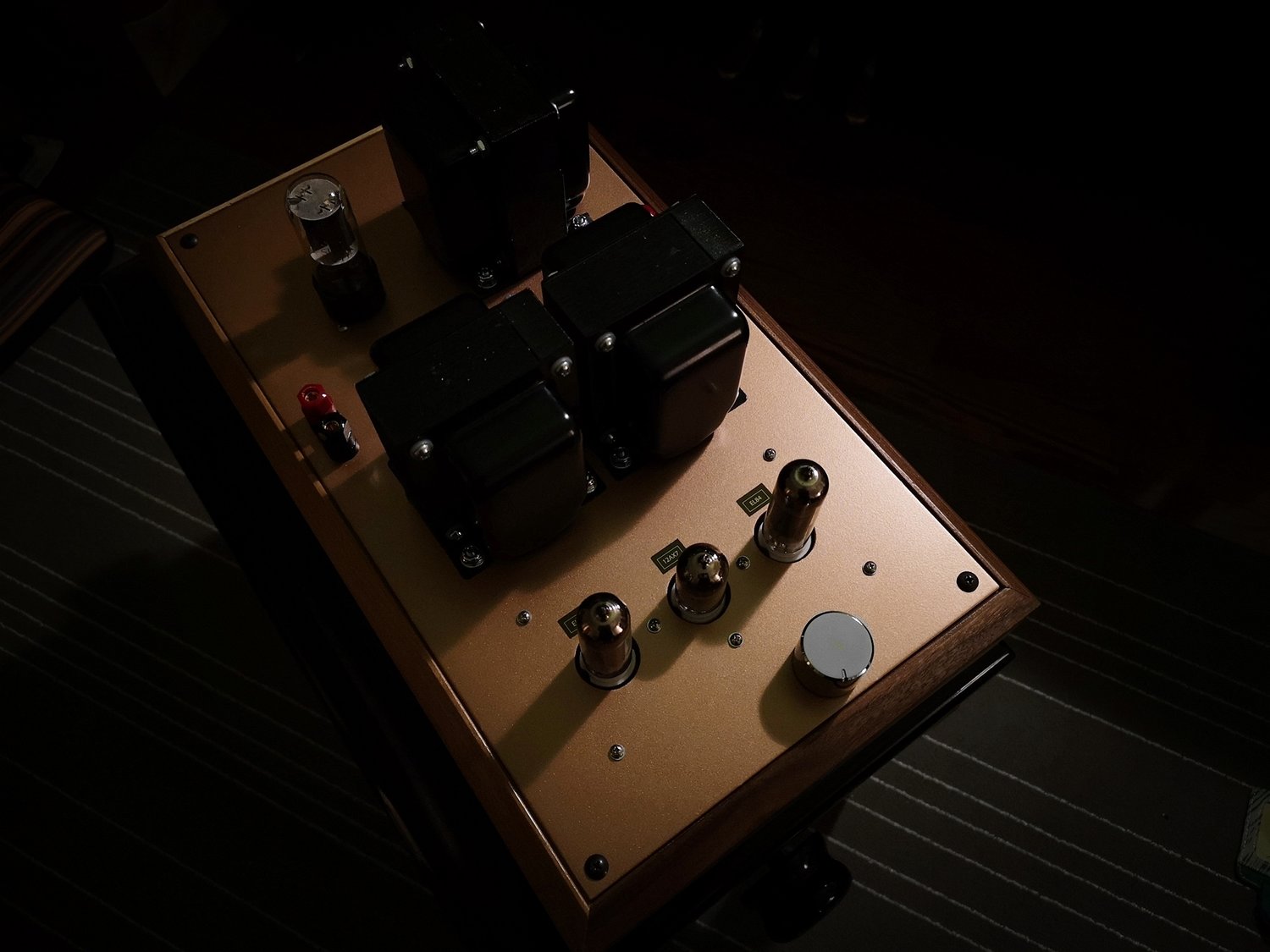 Andy also has this amplifier, i talked with the designer, IIRC the Rout is abour 1Ω. 1Ω is approximately the
border”

Not all the data may need some adjustment but it gives an idea.

Generally speaking the 12P, like most of the other units, doesn't need any EQ under the majority of practical conditions, although it depends on the exact speaker type / alignment, driving amplifier & positioning. I'm fairly familiar with the driver for obvious reasons -and the minor fact that I actually had some input into that unit's design. So while I wouldn't rule it out if used in an acoustically large space away from boundaries, especially if in conjunction with a low output impedance amplifier and / or something like an EBS alignment, in most other situations, it's quite well-balanced as-is. Since I design multiways as well as single driver types, I have no particular bias one way or another -I just call it as I see it.
•••

bianchi said:
I have no doubt that they will play loud, but how is the sound when playing loud?
Click to expand...

They sound great, but I also have 20W/ch to play with. I have a suspicion that the congestion you mentioned earlier with your 10p's is just a function of low amplifier power. I've head a few single ended amps being pushed hard, and that's exactly how they sound at the onset of clipping. Just a thought.

What Jeff said… amp running out of power and compressing before clipping.

Thanks Dave,
That picture is actually my amp. Frank took pictures for his website before sending it to me.
So, does that make it a high or low output impedance amp? Do I need to worry about the resistors that Scott recommends for some of his plans?
Would I have to add these resistors to the DCR Juliet 12.2p if I decide to go ahead with it?
Should I wait for the BVR designs?
•••
B

planet10 said:
What Jeff said… amp running out of power and compressing before clipping.

Does that have anything to do with the volume that I play them at? I never put the volume knob past 10-11 o'clock. Is clipping a bad thing?
Would I get that with the A12.2p?
•••

It is right at the border, not to high but not really low.

Clipping is a bad thing. How bad depends on how wel behaved your amplifier is as it approaches clipping and how well it recovers if it does clip.

SE amps typically compress before they clip, soft clipping in other words, but it does describe what you are hearing.

Where the volume control is has little bearing as what power the amplifier is outputting depends on how hot the signal going in is.

A12pw miniOnken bass performance was questioned. They get to 35 Hz or so, the same drivers in Scott’s ML-TL is 10 Hz lower.

Quattrofish has also built both, he has some opinions (he also went from 1 to 2 A12pw per side). Makes a big difference.\

One “strange” thing is that a pair of A12pw in miniOnkens takes up more space than the ML-TL.

Given the questions coming up on amplifier clipping, you can consider trying (testing) the Pensil 10P with a different amp?

There's an entry level Class D amp called the Aiyima A07 that you can check out. It is in no way the "best" amp out there, but will give you a frame of reference to compare the speakers vs when driven with tube gear. It was around US $80 on Amazon last time I checked.

Even if you prefer tube amplifiers in your system, this can serve as more of an observation and learning experience - testing out different things makes this hobby fun (at least for me).
•••
B

Given the questions coming up on amplifier clipping, you can consider trying (testing) the Pensil 10P with a different amp?

There's an entry level Class D amp called the Aiyima A07 that you can check out. It is in no way the "best" amp out there, but will give you a frame of reference to compare the speakers vs when driven with tube gear. It was around US $80 on Amazon last time I checked.

Even if you prefer tube amplifiers in your system, this can serve as more of an observation and learning experience - testing out different things makes this hobby fun (at least for me).
Click to expand...

Yes, I do have a Marantz 1070 integrated amp that I can test them with but this clipping thing got me worried a bite. How can I get confirmation that it is clipping and not something else that I am hearing. Like I said in a previous post, I'm not good at describing sound. The congestion that I am hearing when listening to rock can also be from the recording.
BTW, is clipping dependent on speaker design?
•••
Show hidden low quality content
You must log in or register to reply here.
Share:
Facebook Twitter Reddit Pinterest Tumblr WhatsApp Email Share Link
Top Bottom