And what did we buy today?

I'll probably have to re-record some of my old tapes, some are losing signal after 40+ years(luckily most all on maxell, so no shedding yet).
•••

rmyauck said:
Mountainman Bob , Great buy on that welder! I have the later square version, and they are a great welder!

What is matching CC/CV mig setup? Any pic's

I'd like to find the TIG HF setup also!

Yah, people see these old ragged looking welders and say ”what a piece of junk” but au contraire mon frere!
I see one of the smoothest and simplest welders ever made……the only thing that can really go wrong is the rectifier diodes for the dc side can go bad but there are only four @ $14 a piece so I can live with that.

The mig ’suitcase’ is one of only a handful designed to use with constant current power sources, it regulates the voltage internally……you set the amps on the main unit (just plug it into the stinger lead) and set the feed rate on the suitcase they work exceptionally well with heavy flux core stainless (for some reason) and I’m going to set it up for .045 stainless and just leave it that way. It was made by thermal arc and is now obsolete but they are supposedly bulletproof!

I put a water bottle inside the lincoln to show the scale of the transformer………..I’ll bet George could build one heck of a tube amp with it!

A book - Trojka-Da 1 - a Russian textbook I will use for the classes in Russian language I will have this Spring.
•••
W

mountainman bob said:
I put a water bottle inside the lincoln to show the scale of the transformer………..I’ll bet George could build one heck of a tube amp with it!
Click to expand...

Don’t know if the turns ratio is really quite right for that. Don’t these things have like 200 to 500 amps output, at lower voltage?

Now for directly driving a 2 ohm speaker (or 4 subwoofers in parallel), we might be getting somewhere.
•••

Bought some knobs with 6mm shafts that came as 4mm shafts.
Manufacturers numbers is for 4mm shaft but RS Component description said 6mm so useless.
•••

wg_ski said:
Don’t know if the turns ratio is really quite right for that. Don’t these things have like 200 to 500 amps output, at lower voltage?

Now for directly driving a 2 ohm speaker (or 4 subwoofers in parallel), we might be getting somewhere.
Click to expand...

The transformer in most arc welders is wound in a unique way to have poor voltage regulation. I know from experience on a 150 amp Craftsman welder that the open circuit voltage is enough to invoke temporary loss of vocabulary control on a hot sweaty Florida day. My guess is 70+ volts. This is needed to strike the arc. The voltage under load can be quite a bit lower. I have been told that's it's in the 30 volt range.

I had several BIG transformers that I put aside for "big amp" experiments when I lived in Florida. When my 41 year engineering career was dying and we decided to move north, I sold, gave away, and trashed most of them. In the last few months before the final move, I was giving away free iron to anyone who would take it. Still, I wound up giving over 1000 pounds of transformers and lots of weight lifting iron to a metal scrapper. There were 3 X 5H @ 5Amps chokes (25 pounds each) I would like to have back for that big SE amp, but I don't miss the rest. I saved an OPT, power transformer, and tube set for making the mother of all guitar amps which I will never build. The prototype is behind me in my Avatar pic from 2007. Anyone want a 1500 V RMS @ 0.77A power transformer (2 KV DC @.5A), a 5000 to 0-4-8 ohm OPT custom designed and built by Transcendar and several used 833A tubes for cheap? I have seen 200 watts at 80 Hz flow from the OPT, but it was designed for an 833A in SE with "50 watts from 20 Hz to 20 KHz" as the main criteria. The OPT weighs 19 pounds and the power transformer weighs 24 pounds. That will make for a rather heavy guitar amp. My favorite guitar amp today makes 4 watts and weighs about 5 pounds.

Ive knocked the magnetic shunts out of MOTs before to get better regulation. MOTs, batt chargers, welders, unfortunately still run the flux density as close to 2 Tesla as they can, so the mechanical noise would still be an issue for an audio amp even if the regulation were decent.

Ive still got well over 1000 pounds of transformers that will need to be moved to the new facility if/when it ever gets built. Biggest ones are Signal 80-25’s (9 of them, picked them up for $45 each). But the move is only 70 miles. Multiple 1kVA and 1.5kVA Anteks that have had some custom windings added, but the 2kW class H amp builds using those are actually in progress, and undergoing yet still another major design revision. One 15T950 that will make an OPT for my 1kW tube amp experiment, and God only knows how many smaller ones. Collecting iron has been a thing for 30 years or more - knowing full well when I retire it might not be available anymore - at least not at what I’m willing to spend on it. About 10 years ago I realized the only way I was ever going to get to all my projects is to quit work. Everybody at the(now virtual) office is telling me I’m going to be bored. Not a chance in hell.

I do need to get a welding rig for barn building, trailers, pipe fence - that sort of thing. I was thinking a generator/welder, something I can haul around the place and use where needed, but may be overkill And it does make carbon monoxide so indoors would be out. The people that did the fence at this place used a little portable that ran on 120 and it did just fine. I’d buy one a bit bigger that needs 240. The people that put up the metal building here had a monstrosity like that Hobart - but I’m going to leave THAT part of construction to the contractors. I trust myself with the simpler stuff and all the finish work but not handling 8” I-beams.
•••
D

I accidentally bought a few hundred digital transistors, going for a song....

Trouble is, now I don't know what I wanted to use them for...doh

Maybe I could sell them on. Who knows.

No dents, paint is immaculate.

as I was crossing the street.


Knocked me to the ground,

Laid on the ground after it happened,

I'd grab the dude that did this,

as he bent over to see if I Was dead.

then choke him out .

So, thoughts of revenge, faded away. 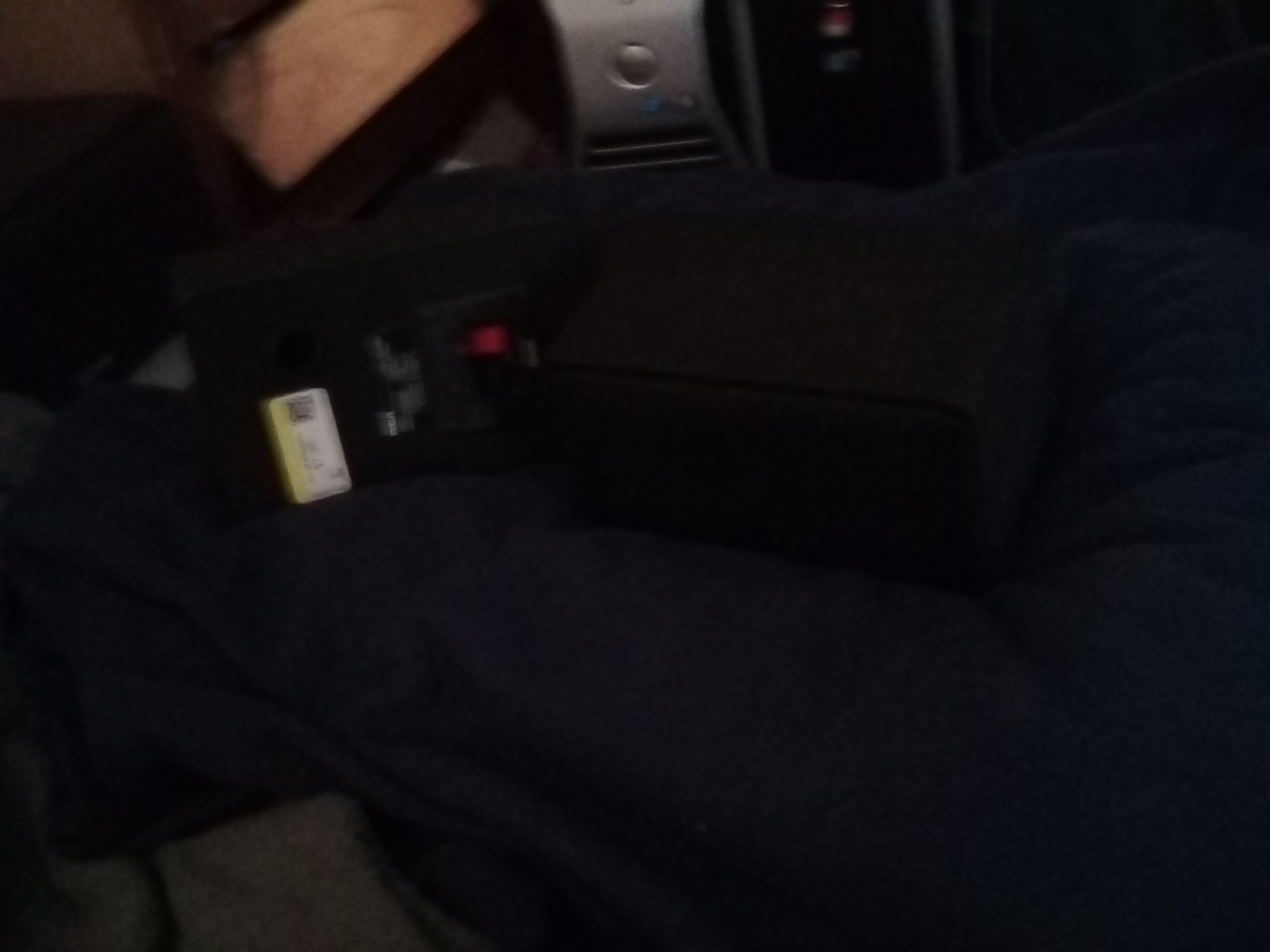