Troubleshooting Marshall VS100 without powering up?

I'm troubleshooting a Marshall VS100 head (schematic attached) that makes a loud constant buzz when powered on. It makes this buzz with and without a guitar plugged into the input jack. I worry that something in the amp is passing DC to the speaker cab, so I don't want to leave the amp on for very long. The buzz gradually gets louder the longer it's on, but I haven't left it on for more than 5-10 seconds for fear of damaging my cab.


Normally in this situation I'd check power supply voltages and trace an input tone with a signal trace, but I can't do that without leaving the amp powered on. Unfortunately, I don't have another amp with an effects loop, so I can't run the preamp of the VS100 to the power amp of a different amp.
The filter caps may be old, so I'll replace them and see what happens. I haven't found anything obviously wrong when visually inspecting the boards, but I'll keep looking.

Is there a way to troubleshoot without powering up the amp? Can I connect a big resistor across the output instead of a speaker so I can check the power supply voltage?

Thanks for any and all help.

Joined 2009
Of course, beyond measuring power transistors for shorts, you need to troubleshoot the amp with power ON

1) start by disconnecting the speaker NOW
You don't need it for troubleshooting .

2) build and use a lamp bulb limiter
Light Bulb Limiter

3) measure for DC voltage across speaker out leads

Cheeto333 said:
Is there a way to troubleshoot without powering up the amp? Can I connect a big resistor across the output instead of a speaker so I can check the power supply voltage?
Click to expand...

EDIT: Follow the advice above - a SS amp doesn't need to see a load. The dim bulb tester is very useful.
Yes, for a tube amp, a high wattage (depending on the power output of the biggest amp you are likely to test) resistor in the 5-15 ohm range is a pretty standard item for the workbench - especially if you work in the evening and don't live alone!
Last edited: 2016-04-03 5:35 am
•••
C

Joined 2015
Ok, just to be clear. After I build the lamp bulb limiter, I should check DC voltage across the speaker output with a 100 W, 10 ohm resistor across the output?
•••
V

Cheeto333 said:
Ok, just to be clear. After I build the lamp bulb limiter, I should check DC voltage across the speaker output with a 100 W, 10 ohm resistor across the output?
Click to expand...

I think Fahey was telling you to measure the DC (if present) at the speaker terminals with no load (speaker or resistor) connected.
•••
C

Joined 2015
Is this amp going to mind being run without a load connected? I was under the impression that it is a bad idea, especially if the amp uses tubes. Is it only dangerous for amps with a tube output section?
•••
V

Cheeto333 said:
Is this amp going to mind being run without a load connected? ....... Is it only dangerous for amps with a tube output section?
Click to expand...

That's my understanding.
Tube outputs need a load, SS don't.
I'll leave the rest of the explanation to experts!
•••

Joined 2004
As Fahey said:
No Load.
Measure at the output and see if there is a DC voltage higher then 1V Dc (either negative or positive)
Then come back.
The small tube is in the preamp. Your power amp is SS.
The chance that your output transistors are gone is very real.
But that's the following step.
•••
E

Joined 2004
This IS NOT a tube amp. DO NOT connect a load to it until you are SURE there is no DC on the speaker jacks. The one little preamp tube in it has NOTHING to do with the output stage.

Turn it on with NO LOAD, and see if DC is present on the output. I bet it is, and if so, the most likely failure is a shorted output transistor, though there are other possibilities.

If there is not DC there, you have lost a filter cap, or more likely the solder to one.
•••
C

Joined 2015
Thanks for the help guys. I'll build a bulb limiter and report back on the speaker jack DC situation.
•••
C

Joined 2004
Hm, Wat about the bulb? Is it lit?
Can you measure the power supply voltages?
+ and - 45V DC or something. My memory is failing at the moment.
Just finished cooking a meal with fish, pasta and tomato sauce.
So, is the bulb lit?
Are the supply voltages present?

Joined 2015
Bulb is not lit at any point during power cycling.

The only voltages I see on the schematic are the +/- 15 VDC on the daughter PCB. Are those the voltages you are referring to, Tarzan?
•••

Joined 2009
What bulb did you use?
It needs to be a filament (white hot wire inside) type 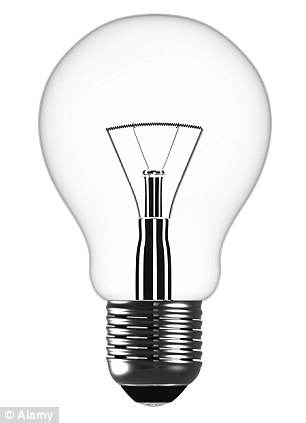 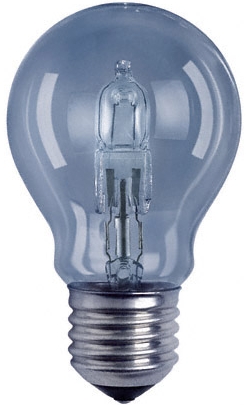 When you turn amp on, bulb will blink , because supply caps need a second to be charged, and then filament will barely light red or orange, meaning a little current is passing trough it.
If it does not blink, something is open in the mains path inside the amp, either a blown fuse or, God forbid, an open transformer primary , which we'll test later.

As you see, we need step by step input from you.

For some obscure reason I HATE, schematics no longer list main rail voltages (stupid ) , just refer to them as +V .-V , HV rail, and some other *names* , in this case +LT and -LT .

C'mon guys, we are TECHS, we speak NUMBERS here.
By the same token, transformer secondary voltages (which you might have to read during troubleshooting) are: Red-Black-Red around 30VAC-30VAC ... somewhat less with bulb limiter.
You are forgiven for not recognizing them , we expect around +/-40/45V there , what's needed for 100W into 4 ohms loads.
You will find somewhat less there, because bulb limiter is "eating" some of your mains voltage, so around +/-30V wouldn't worry me.

I guess they try to stop exactly what you are doing now: repairing it yourself , asking for help in a Forum, instead of sending it to Authorized Service.

FWIW the Car Industry has published or allowed publication of millions of Car Servicing/Tuning manuals available to car owners or anybody who cares since forever ... don't think they went broke because of that !!!!!!

Some of these are not needed yet, but speak about the power supply health.
•••

Joined 2015
Thanks again for the help guys. Bulb is this one. I don't see any flicker during power-up. I'll try a lower wattage filament bulb and see if that makes any difference.

I'll report back with the data from the tests that JM suggested.
•••
T

Joined 2012
i'm with Enzo on this one that it's likely bad solder joints on filter caps (or failed/open filter caps)
the other possibility is a shorted diode but rail voltages would be affected.

Joined 2015
Took some more readings and got the following results:

Anything look out of order?
•••

Joined 2008
murtonpikesystems.co.uk
I have a VS150 and it hums on power up but it goes after about 10 seconds.
It might be just the amp voltages settling down.
•••
C

Joined 2015
Thanks for the reply Nigel. Any chance you have a video of the hum in action?
•••
Show hidden low quality content