I got me some free time on my hands to work on the subs but made a slight mistake.

I sat down and wanted to listen to a couple of songs before getting started. I got abducted into the music (Roger Waters - Amused to Death again among others ) and forgot all about the time.
Anyway, this is why we do this, right? Let the music take control. I had a wonderful time!

I'll rush to the garage now and finish enclosure work on the second sub. Just a few more tweaks and they will be ready for epoxy + paint.
•••

Finished the modifications of the enclosures. Still enough to do electrically but nothing is holding me back from
moving on to epoxy/paint anymore. Well, except maybe to clean up the garage prior to starting with it . I'm quite pleased with the outcome of the fresh air slits: A 80 x 4 mm opening on both top and bottom... thanks to Fluid for his bright suggestion that triggered this idea!
My previous ideas were complicated and not as functional as this turned out to be. Simple and effective. wesayso said:
A 80 x 4 mm opening on both top and bottom... thanks to Fluid for his bright suggestion that triggered this idea!
My previous ideas were complicated and not as functional as this turned out to be. Simple and effective.
Click to expand...

wesayso said:
Mirror images for easy access to the switches... Very nice! But shouldnt this heat sink be oriented 90 degrees rotated, so the air get a natural flow from bottom to top? 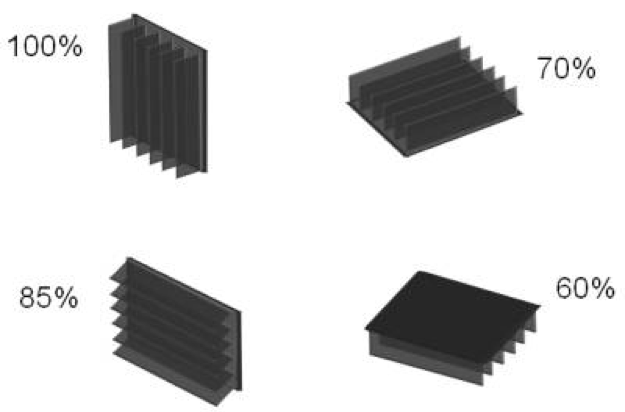 You're absolutely right about that. But the heatsink I have is pretty large if you compare it to what the Fusionamp FA501 from Hypex has, which features the same module: I have looked at lots of heatsinks and enclosures prior to making my choice.
It's not completely what I wanted but it's close enough. I have thought about mounting it horizontally but changed my mind (purely based on looks, even though it would barely ever be visible, go figure ).
Losing a bit of the efficiency should be fine though with this (way oversized) heatsink. As koldby mentioned I probably could have been OK/fine with just the aluminium enclosure I had purchased. I do believe Fluid made a valid point about the air slits.

When I started with mounting ideas I have thought about turning it 90 degree and mount the Hypex module vertically (with it's long side), so I could still keep the connections below the heatsink and cover it with the inner case. But that would be quite tight spacing here and there as the heatsink is 200 x 150 mm and the Hypex module is 146 x 105 (with a recommended minimum spacing of 6 mm all around).

wesayso said:
Losing a bit of the efficiency should be fine though with this (way oversized) heatsink.
Click to expand...

I think you are right, looking at how the fusionamp module only has this backplate as cooling, your solution should do better than that.
•••

On a whole different note... Like I said a few days ago, when I was listening to familiar recordings (and got lost in the music again)...

I did change something small. I've mentioned having reverb as part of my ambient setup. I've been running this for a long time and still see it as a vital part of my whole result. It's job basically is hiding my real room. And it works!

But it has to stay subtle, not become obvious in any way. I've been astray where I simply had it turned up too loud. (I do too many experiments ).
Lately I've turned down the level and have the late reverb setup as a band pass. I've always had a low pass on it, around 3.5 KHz because running it any higher can make some higher pitched sounds distracting. Where it seems to come from behind. In other words I get localisation of the ambient sounds.
But my latest tweak is to roll off the low end too. I may have to do/try much more to be sure it is a positive tweak. So far it seems to be working. I read an article about the Abbey Road reverb trick, and decided to give that a go on my ambient channels. It said to roll off with a high pass around 600 Hz, and the upper limit was 10 KHz. Well, that upper part isn't going to work, coming from behind, but I adjusted the late reverb to see what it does. I figured letting it run as I had it, down to about 200 Hz might create more interference than one would want/like.
I know Linkwitz spoke about ambient channels down to 60 Hz(!). My 10F's can't go that low, so I can't even begin to try that. So far I'm enjoying what I hear. Very much so. That began with turning down the overall level of the ambient channels, together with the fresh processing on the mains (with it's main purpose to get pré ringing as far down as possible *).

(*) = Even though pré ringing often seems rather innocent, and I can't even say I've heard it (or was aware of it) in my prior processing, it does seem to take away the element of surprise in music.
Not that I'm consciously aware I've really heard it, but it seems to take away the element of surprise like being startled by a sudden outburst of sound.
Henry Mancini's 'Pink Panther Theme' has such moments as an example. I'll never forget my son's reaction to it, as well as his anticipation when my girlfriend was forced to listen too. . If you've listened to it a couple of times, you know what to expect, but still.... I first heard that one in my car.
More examples do exist, this is one that works on all unsuspected listeners.
Last edited: 2019-10-29 11:40 pm
••• As I wanted to mimic the structure of the line arrays for the subwoofer enclosures they first get a couple of layers of epoxy.

First batch is just a clean (but colored black) coat applied with a brush. Did not take any pictures of that, it looks ugly.

The second coat is applied with a roller to get that textured look. I added micro balloons (about 15%) for just that bit of added drama.
Yes it looks kinda like Duratex coating but I couldn't get that locally. It was kind of scary how I could get the logo looking but I think this works fine.
On my way to the garage to do the next one!

While the above picture makes the bumps look rather dramatic,
here's a shot from another angle in different light (of the second enclosure): That's how you'd normally view it. It's more subtle than that first picture
suggests. Anyway, the layer (or two) of Double Coat satin black boat paint
will dim it's effect down even further. I think it's going to match well to the
arrays, which was the point.

I think I've set my own bar quite high with the arrays. At least I love how those
turned out. The problem is anything I do after that has to match it .

Compared to the original design, I think I got quite close: I'm getting a bit more anxious to see what this all is going to add for the Stereo reproduction.
At the start of first sound in this thread, I had 2x 100 watt into 8 Ohm.
Making that 200 watt in total that's available.

All that for creating enough headroom. The potential volume displacement will have tripled.

I know for lots of people that still is nothing to write home about...
It may seem this hobby is kind of addictive, isn't it? Add a little here...
tweak a little there...

I think it's a good thing I'm in a relationship. I couldn't begin to tell you how bad
things would get if I had the whole house to myself!
Restrictions are healthy .

wesayso said:
I guess it's save to say it is indeed addictive.
Click to expand...

Aha! So Magico Qsub is the inspiration for your subs?

Ever since I found the similarities between my arrays and the now ancient Magico Mini: Hard to believe I found out about the existence of those Mini's after I started building the arrays. They did inspire me to go
with an aluminium baffle. Well they did and the sexy pictures koldby posted on another line array thread long ago.

Ever since I've been eyeing their products and definitely found inspiration in their Q-Sub.
But it didn't go any further then a few cosmetic tweaks.
I liked that look and figured it would set the boxes apart from most other subs while still being a simple square shape.
Simple yet refined... At least it is in my book.
I've posted about the inspiration as it was the reason for me to go with a logo on the sides as well. The same logo I've
used to tweak the looks of the amplifier. 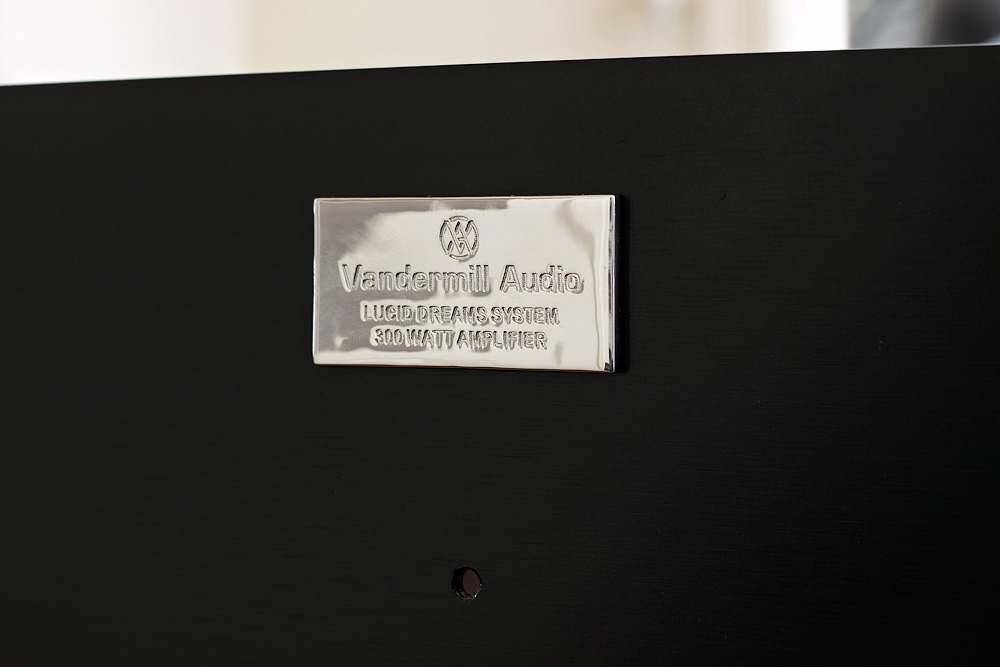 I won't expect to match their performance . Even on pure power I come up short quite a bit! 18", 4000 watt.... Like I said a
few lines ago, many would still laugh at the specs I mentioned previously. The subs could be considered to be modular though .
They stack real nice!

If I have to mention another source of inspiration: But that won't happen anytime soon, so 2 subs it is...

wesayso said:
I couldn't begin to tell you how bad
things would get if I had the whole house to myself!
Restrictions are healthy .
Click to expand...

Ronald’s cat has already figured out how to get to the top of his arrays. Stacked subs will present no challenge.
•••
R