Lot of updates have happened. Here is the most recent schematic.

Introducing the Schade Common Gate (SCG) Preamp. Signal comes in at the bottom source follower (unity voltage gain) and is then amplified by the Schade-enabled top MOSFET operated in a common gate configuration. This gets around the problem of low impedance on the gate of the Schade device. 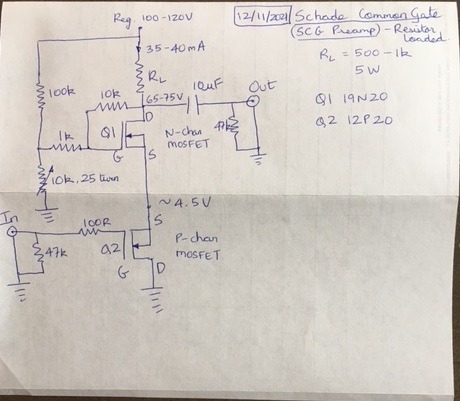 Note: the schematics and information presented here is for personal and DIY use only and NOT for commercial use. Any other use needs my permission.

Inspiration came from George (tubelab) and Smoking-Amp, who were exploring the source-follower to common gate configuration for tube pentodes. I made a comment here that you could do this with MOSFETs too. Wrenchone and others have explored the Schade idea and Papa himself posted that really elegant Schade-enabled amplifier where the feedback connection is on the primary of the transformer to get around the problem of input impedance. I really like simplicity and elegance this circuit provides.

Here’s some of the pros of this approach:

The build is a rats nest right now. Used the existing LuminAria setup with the Salas shunt reg. Hope to put it in its own box. 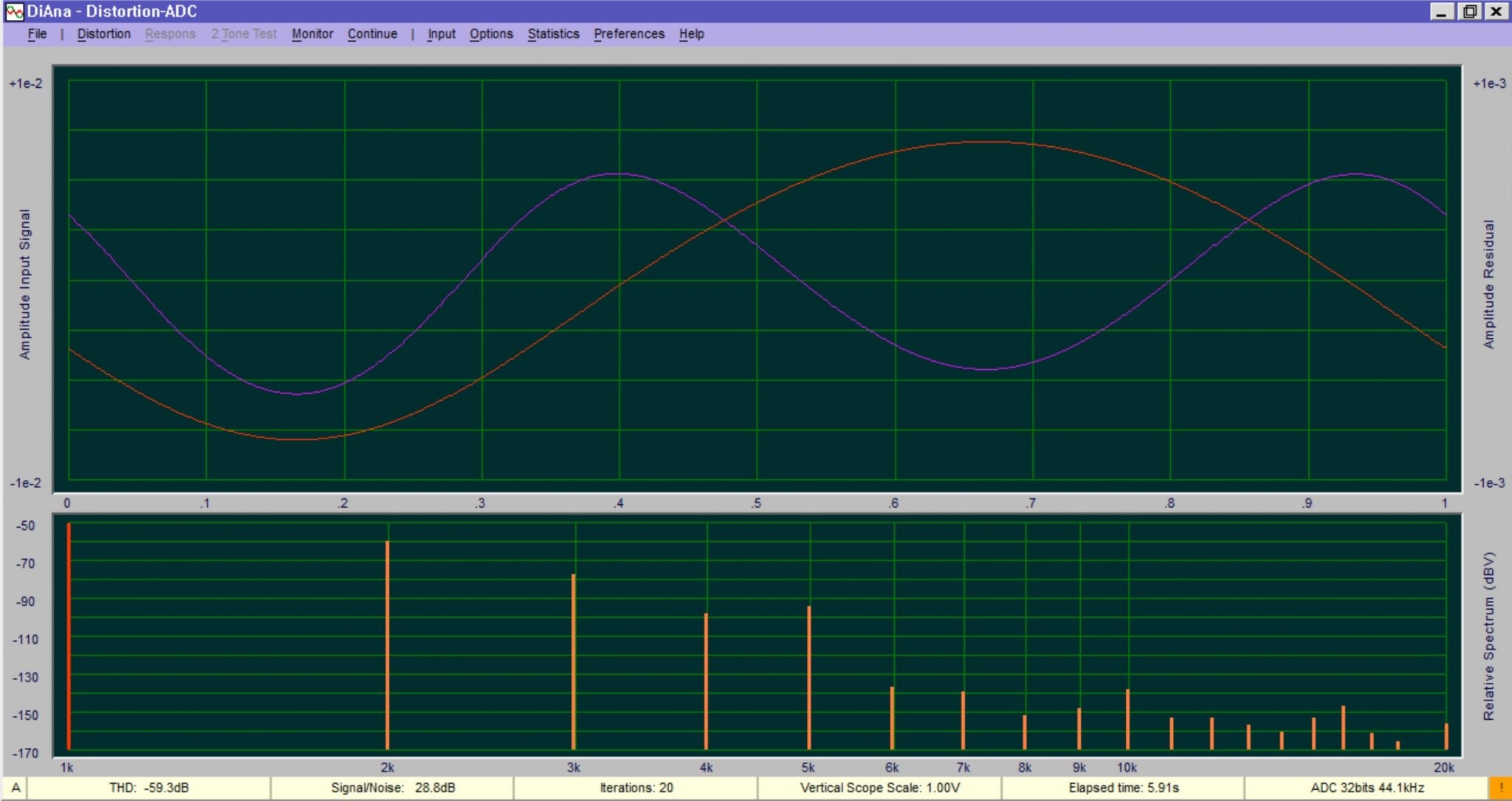 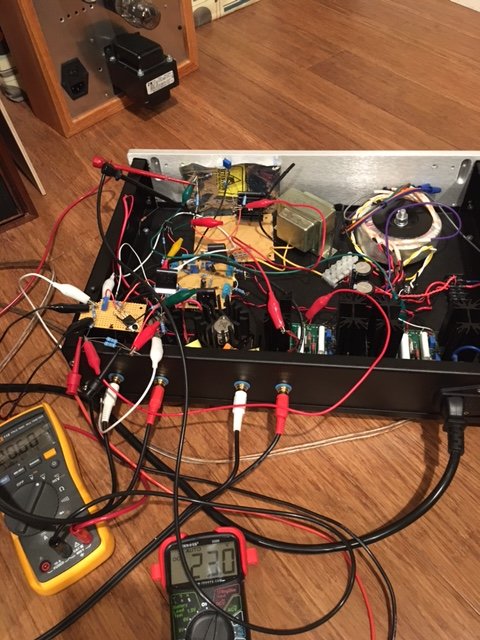 CCS Version
The CCS-loaded version’s performance is out of this world for a single gain transistor. Subjectively, it sounds very sweet and clean, but somewhat recessed. On loud symphonic pieces and rock music, it sounds better, but on quieter stuff, it doesn’t quite have the presence and 3D-ness of the resistor-loaded version. This is kind of an amazing subjective result and shows that we (or at least me) probably want quite a bit of that negative phase H2.

The CCS is formed a pair of DN2540s that produce an extremely stable CCS. It is rock steady no matter what is happening in the rest of the circuit. The other benefit of the CCS is that you can set the current independently of the Vds on the gain MOSFET. It lets you explore a range of operating points. My power supply is a Salas Shunt Reg and I am limited to about 40 mA because of the shunt reg capability. There are probably other, better operating points elsewhere. See post below about the Schade/triode curves. 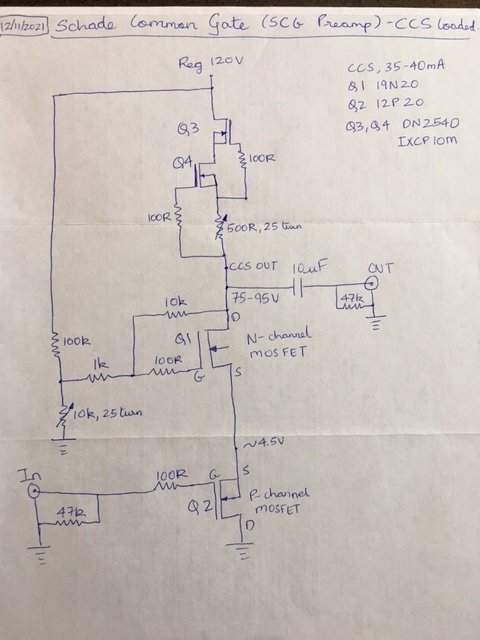 Curves
Got some curves from the composite device including the 10k and 1k resistors using Mike’s Frankentracer. I wanted to see how the Vgs values and curves looked in the 0-100 mA and 0-100 V region. Not having the Tek scope, I used the ‘very poor man’s curve tracer’ and tried to draw by hand the curves I was seeing on the scope. Please excuse the drawing, the point was to try and see what was happening. It is pretty linear everywhere but there is quite a bit of ‘slop’ with increasing Vds. For the preamp, I tried various Vds points between 30 V and 95 V at about 35 mA and got the about the same results. But there may be other points and the loadline itself that you can play with.

All said and done, pretty good emulation of a triode. 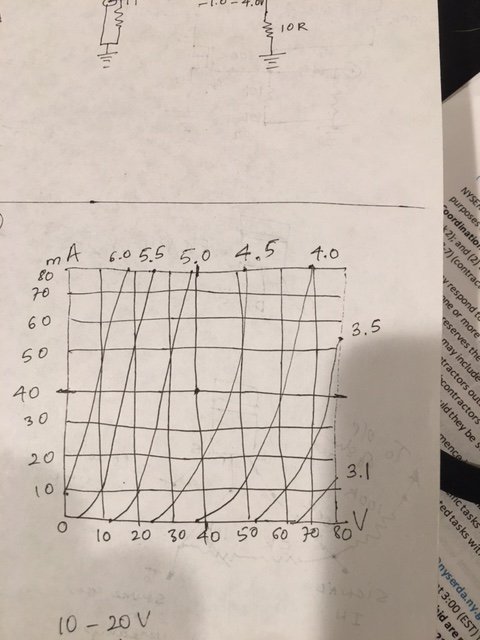 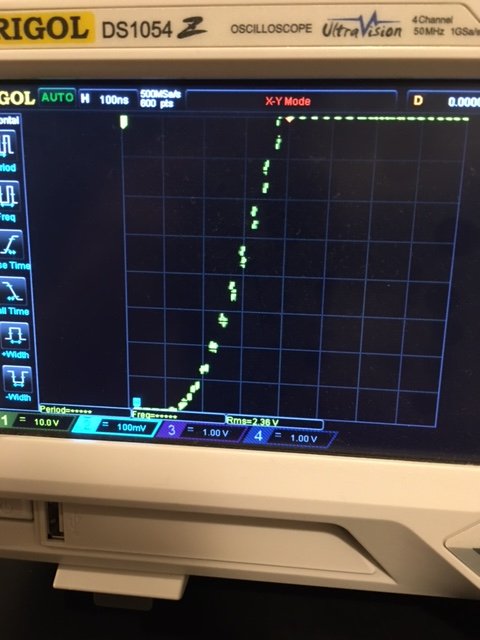 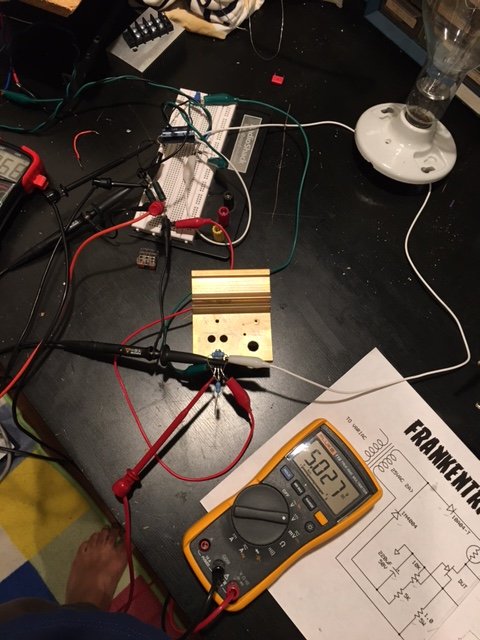 Thanks guys! Any suggestions are welcome!
•••

considering that Iq/biasing is set either with resistor or CCS, feel free to play with Schade resistor values, thus changing transfer function by your liking

also - voltage potential for upper mosfet - I prefer it firm as possible, at least in AC domain ....... meaning - I believe it is good having decent elco across 10K trimpot

Thanks ZM!
I will try the bypass of the 10k pot. That would put the gate at ground for AC. Good idea.

Playing with the Schade feedback values—interesting. Will try that also. Will plot the curves first to see what different combos do.
•••

Clearly Davis is having positive influence on you.

Looks amazing. So much effort put into this.
•••
R

Clearly Davis is having positive influence on you.

valowen74 said:
Looks amazing. So much effort put into this.
Click to expand...

Thanks! The motivating factor was not wanting to go looking for real triodes. We’ll see how well this stands up over time. Hope that others here will give it a try and we can learn more.
•••
M

what is the gain of this preamp?
I suppose output impedance is quite high?
•••
R

Gain is similar to the other preamps I have, which is not a useful answer. Will measure tonight and report back.
•••
D

It's interesting that you find a bit more magic in the resistor-loaded version even though the CCS is objectively 'better'.

Yes, that’s correct Dennis! They are TO-220 parts and the FQP ones, left over from past projects. Anybody who’s built an F5 or a BA-3 has them

Yes, I was surprised by the result. The CCS sounds good but kind of recessed and sterile. The resistor loaded one sounds more 3D and live. In my experiments with the tube preamps and LuminAria, the ones with just H2 and nothing else have the most outstanding sound. My conclusion is that you can tolerate quite a bit of negative phase H2 and may even want more of it than we think. Of course, as the music gets complicated and high in level, you don’t want that all extra H2. Somehow the Sony devices manage this trick very well.
•••

you can always combine good thing of having CCS up (ease of setting, possible lower rail) , and defining real load with shunting resistor after output cap

Pa did those things in Yore, when he was still messing with preamps (later he decided that younger one must deal with that preamp PITA, while he's dealing with kosher things

and, of course, those things were done from dawn of electronics
•••

This one looks really fun - well done! I Like ZMs idea of having a shunt resistor after the CCS. That could be a killer combo.

on another note, are you using the HV Salas shunt, or does the Ultrabib support those kind of supply voltages?
•••

and , with that arrangement, you can alter THD with ease

as some Greeedy Boyz are often asking - can I put multiswitch there?