A fresh new PeeCeeBee is here, the V4! In this thread group-buys for the printed circuit boards are arranged.

It's a Lateral MOSFET based Class-AB amplifier with symmetrical "current feedback", evolved from from the diverse PeeCeeBee series, and now with excellent sonics coupled with excellent looks.

The new design is electrically and sonically a step forward from the "stubbornly" simple but very good sounding designs released in the original PeeCeeBee thread. I say a step forward partly because it incorporates some extra well-known techniques to handle some of the problem areas in the old designs and allows a quicker and safer mode of set-up and operation, but mostly because while doing so it didn't become a fatigue-inducing clinical sounding amplifier. The layout is designed by myself and the amplifier is very stable, both thermally and electrically. The amplifier has similar sonic signature to the previous peeceebees in the mid and high frequency band, but the low-frequency performance has been substantially improved so that it can be used as a full-range amplifier with effortless bass as well as beautiful midrange and highs.

It uses a simple but effective diode-clamp based soft-clipping so that occasional overloads don't bother listening enjoyment. The two jumpers, when open, remove the chance of overloading Q9/Q10 while setting-up. The constant current sources keep the input/VAS bias much less affected by power supply variation during loud playback and/or mains fluctuation. 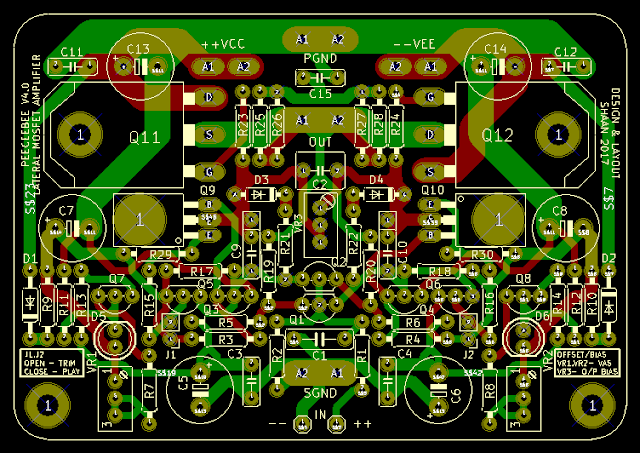 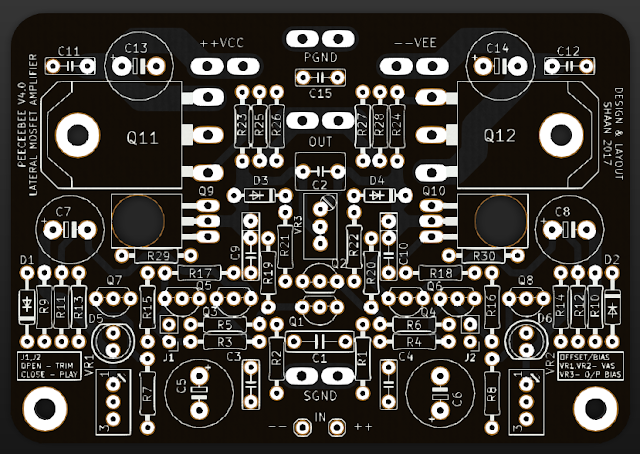 This is how the PCB looks in real world: 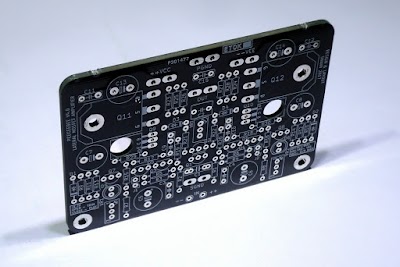 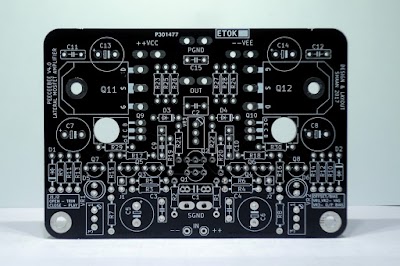 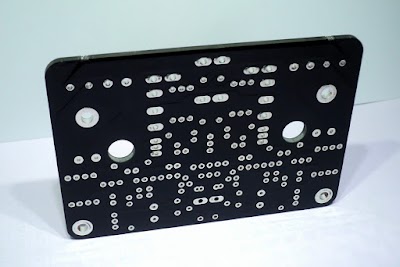 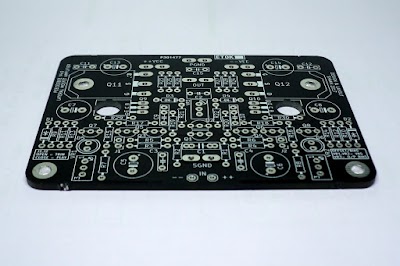 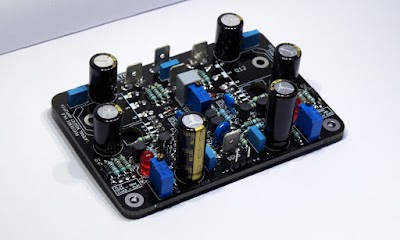 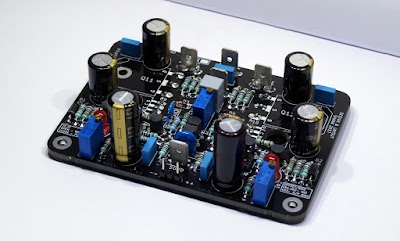 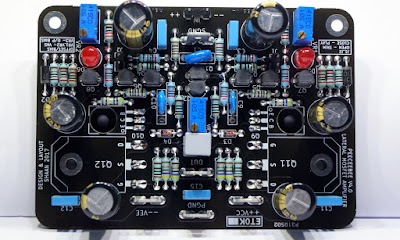 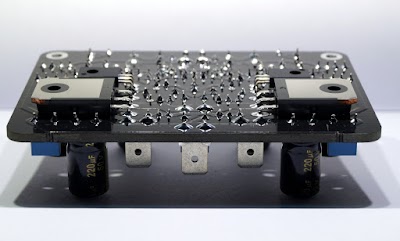 The PCBs are 92mmx64mm 2-Layer and I plan to batch-print 50, 75 or 100 PCBs depending on interest and how many people join in the GB list. The boards are made with 2.4mm FR4, 60micron copper, HASL finish, white silkscreen and black solder mask, as shown in the above pictures.

> The PCBs cost US$10 a piece.
> After the GB list is full, each user will be contacted and sent the first invoice for PCB cost, and the rest (including shipping charge, packing and processing charge and PayPal charge) is to be paid before shipping the boards, for which the second invoice will be sent.
> International payments are accepted through PayPal and payments from within India are accepted through bank account transfer/deposit, NEFT etc.
> Delay between placing the batch order to PCB plant and delivery of the boards to me will be 18-20 days.

Two forms of shipping available. International Air Parcel and Registered Post. Former takes about 15-20 days to deliver and the latter takes about 30-40 days. Both support tracking.

Belgium the land of chocolate

Replace "username" with your user ID and "x" with the number of boards you want.
•••
D

Many Thanks for sharing that nice design!

dersucher said:
Many Thanks for sharing that nice design!

Thanks for starting it up.

the GSD designations on T12 on the pcb appear to be incorrect, is this so?
•••
R

btesize said:
Hello Shaan I need 4 pcb's
How can i pay
Click to expand...

You can pay through PayPal but please wait until GB list is full.


cats squirrel said:
the GSD designations on T12 on the pcb appear to be incorrect, is this so?
Click to expand...

Only the hole reference. It seems I forgot to change the pin names for Q12 while modifying the HEXFET footprint to LATFET.
This won't be printed on silkscreen and the wire connections are correct. I will however correct the references in the project file. Thanks for pointing it out.
•••