Finally I've made very nice Christmas and New Year gift for myself - a push-pull amplifier based on legendary Japanese masterpiece of 60th - Sansui AU-111. This is draft (beta) build, without chassis, preamplifier and other things currently under construction.

Output tubes in rolling process - 6L6GC (used in original design), 6550, and 6P3S-E (with 6P3S-E output power is about 30W only). Quite possible I will design another pair of output transformers built for KT88 in order to squeeze out 50 - 60W (there is also another reason for this - I found 6550 sonically superior to 6L6GC, IMHO the same will apply to kT88).

Preliminary listening tests meat expectations in every aspect. Very clean, transparent, warm tube sound. Amplifier is dead silent, no hum even with my head very close to speakers with 98 dB/W/m sensitivity (at 5W they make furniture vibrating in my room). True CFB design allowed triode-like behavior without considerable loss of output power (not pity-shitty imitation with awkward connection of tapped secondary as CFB).

As one can imagine, non-standard output transformers appeared to be a really bad headache. Replicas of original Sansui AU-111 output transformers are available in Europe from Hashimoto at staggering price - 485 EURO/pc (~$638). Its $1276 just for a for a pair transformers! No matter what, this is nothing but crazy.

So, after all, I used output transformers of my own design, custom built on custom sized high-quality GOSS core, 5K primary with separate CFB (104 Ohm R(dc) plate-to-plate), 88H primary inductance at 1V/100Hz, 4/8 Ohm secondary, linear response for up to 100KHz (this is upper limit of my low output impedance generator, I don't have another one to test above 100KHz and don't think it is really necessary).
Despite contrary belief, these toroids can sustain 15mA imbalance of output tube idle current (60mA and 45mA respectively) without any drop at 20Hz/40W power (not even a single dB - seriously). Additionally, I run transformers with the most difficult load imaginable - 20Hz sine-wave (largest flux density B), 36W output RMS at 8 Ohm, 1 hour continuously (enough time to get heat distributed across entire volume of core and winding). Temperature raise of output transformer was only 7 degree C ! They become just barely noticeably warm. ALL vintage output transformer I had within the same time frame get very hot, 80 - 90 degree C or may be even higher, just with music playing at moderate volume.

In final assembly I used double layer PCB, 2 mm thick, with double dielectric layer, and top silk-screening. I built both point to point and PCB units at first, and disbanded p2p as inferior in virtually every aspect (except cost of course, and cumbersome mounting process of tube sockets on PCB).

For debugging and bench testing I assembled stabilized regulated 360-490V/0.5A power supply (shown on the photo on top), with custom power toroid and 5H fixed air gap choke. 60s startup time delay is not working yet as expected but it is not critical at the moment.

Chassis is under construction, I hope to get it in January for acceptable cost price.

I will post update and more pictures at my blog at
Resurrection of Japanese Legend – Sansui AU-111 | MacGuru HQ
sometime later. 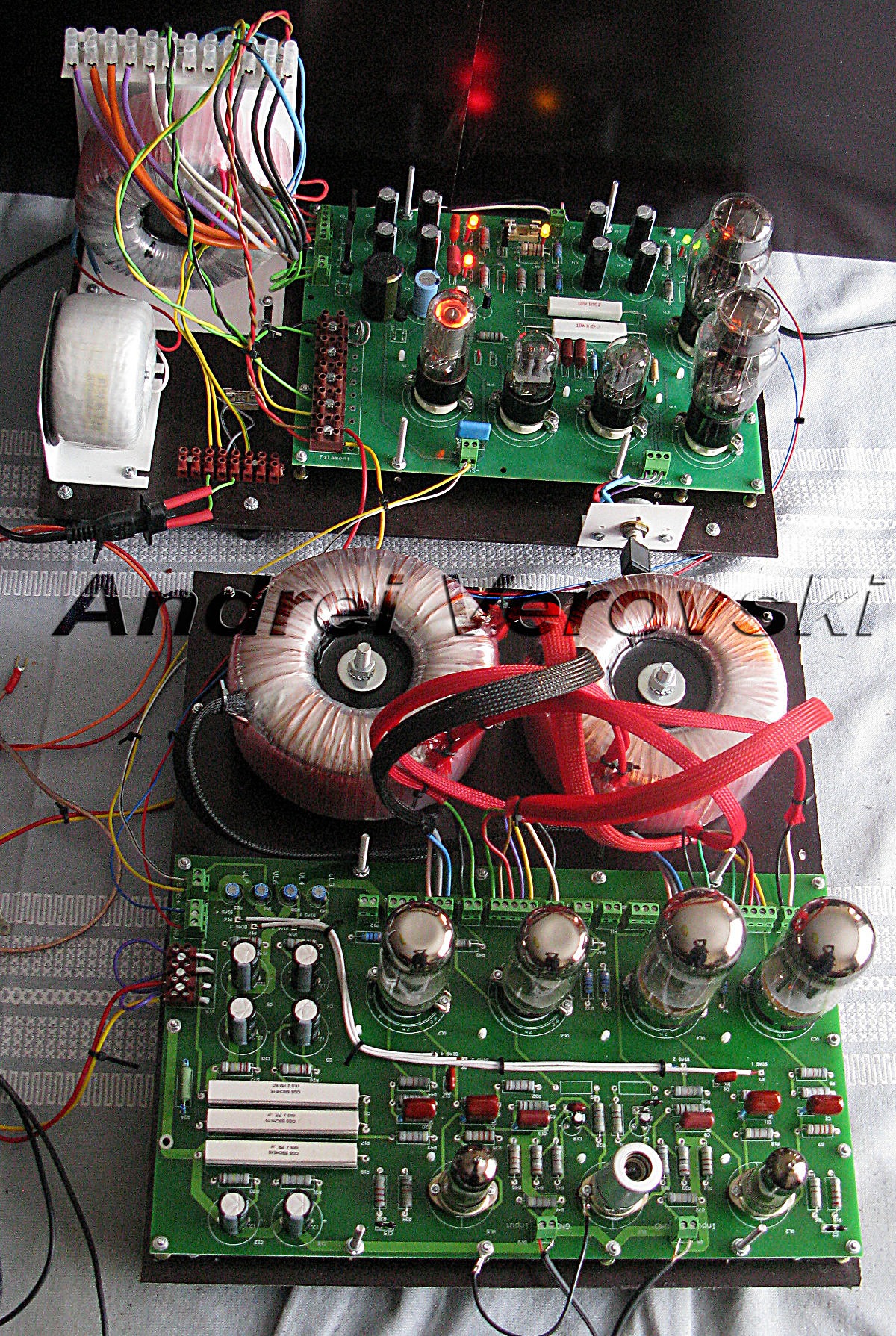 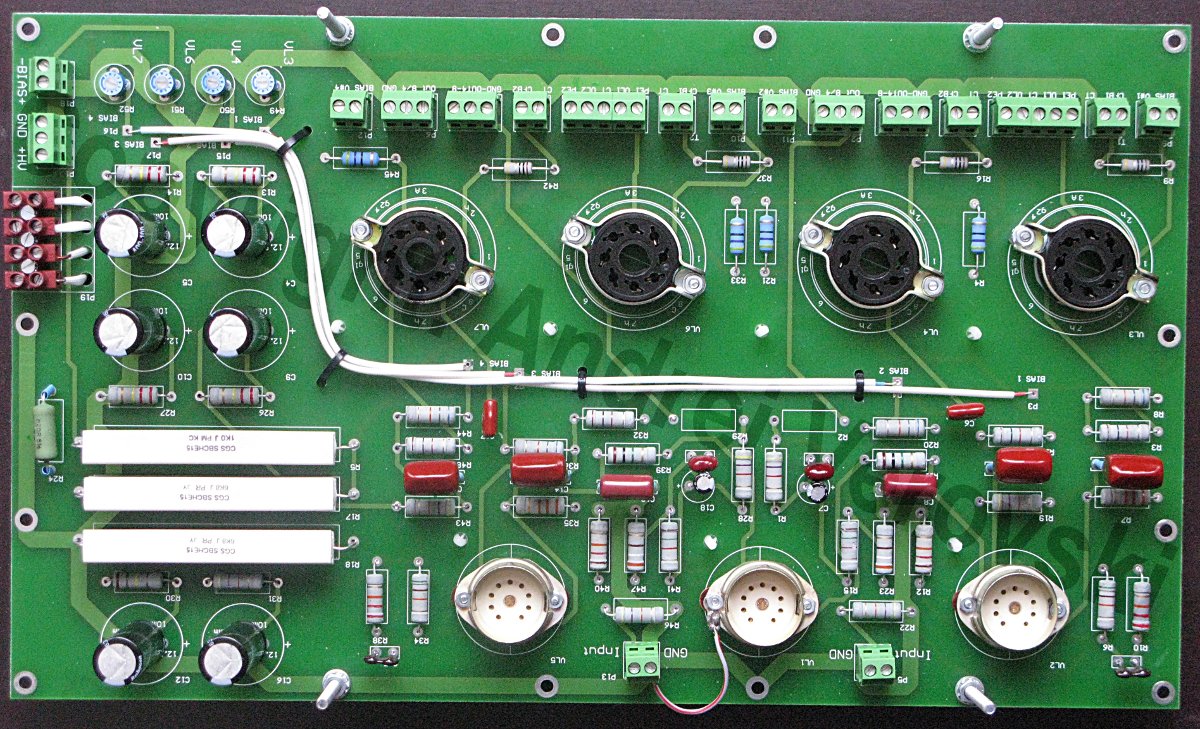 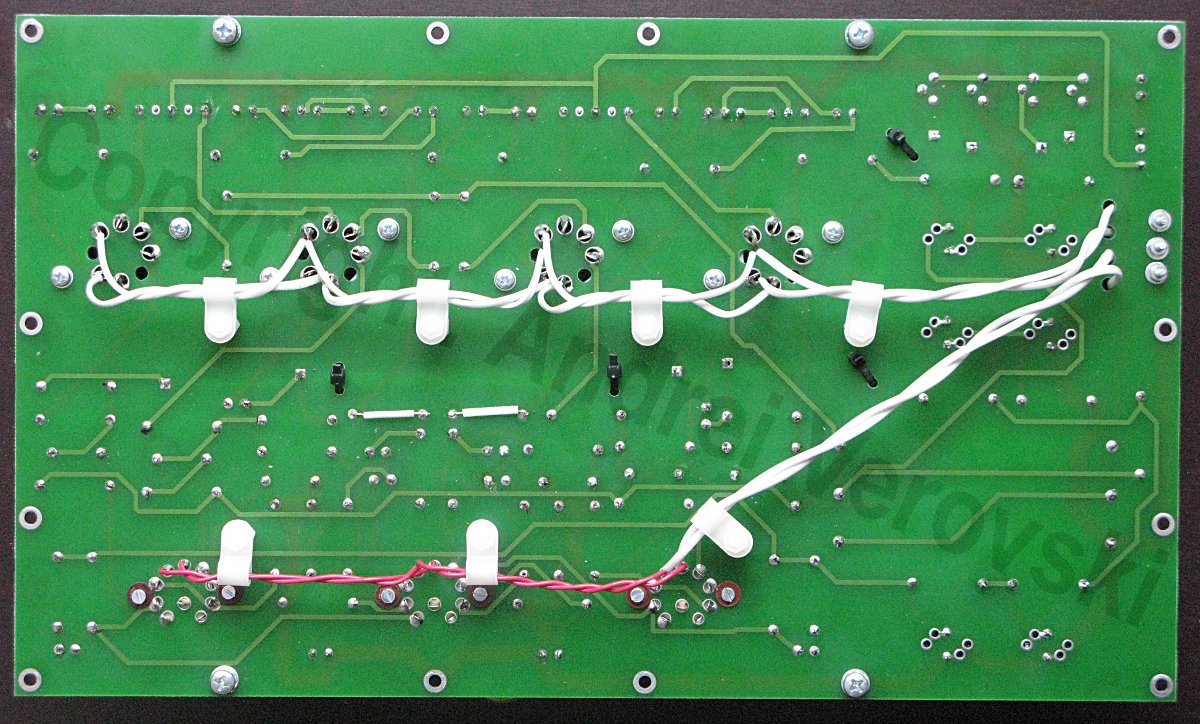 Joined 2017
Hi,
To bad I have just discovered your page today! and I was curious about your realisation
but the blog is no more active!
Whaooo!!!
Regard
•••
J

Perhaps a further update from you - must be some time ago by now!

My own vaguely similar effort (rather more recent) entails a CFB output stage with 4 x 6L6GCs in p.p.p., giving 100W output at some 0,25% t.h.d. Using a C-core output transformer (own design) and Williamson-style pre-part - full triode driver necessary for the high g1-to-g1 signal of about 360Vpp because of the CFB feature.

I am familiar with the AU-111, having refurbished several units. (Quite a comprehensive amplifier, that.)

Hoping you will continue this thread!