So I've started talking to Tiger Toroids again as I'm now closer to a finalised design following the remodel. 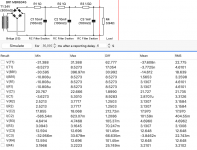 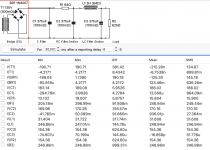 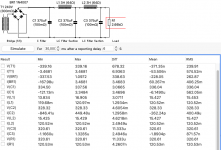 So progress of sorts.. some test gear. 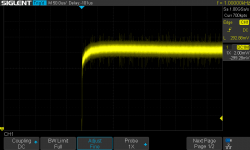 Slightly side tracked by the the trusty Myrad MC100 throwing an internal fuse due to the transport being a little sticky. To be expected for a 25yo design.

However some real data for the input - Metalica was tipping the scales at 3.52V peak input. So planning the input to take a good 4-5Vpeak is a good start.

I'll order the power transformers shortly along with the rest of the bits and bobs. I'm happy with the power supply and the design now so..
•••

An interesting tubecad circlotron article: Single-Ended Circlotron this has both inverted and full circlotrons where the front end is operating within the circlotron.

It's occurred to me that I have a small problem - I have single ended headphones so I'm looking at options for supporting single ended but future proof some better balanced headphones. The headphone I have at the moment are 3 wire - including the headphone to cable connector (at the headphone) so they're not an easy DIY modification.
•••

I just lost a post I was editing, However I found a great tubecad article that builds on the previous post that also provides a great 100W IMC (impedance matching) design that would sit on the output of the ECC99 and provide the missing current to drive speakers. In fact I've managed to find it: Unbalancer Two & More Circlotron also this has a nice hybrid IMC circlotron: Supercharged Output Stages

So I'm not going down the auto-transformer route. However I think a simple unbalancer will provide the needed SE output; this could be done in two ways - a mosfet p/n channel pair running class A, or, two mosfets running as if it was a push-pull but instead the SE output is taken from the source (cathode) pin before the resistor.
Both options work the second is more 'single endy' but doesn't have an active mechanism to combat as much noise.

So this provides a number of options:

Now the obvious question is - if I have a SS output unbalancer/IMC why bother with the ECC99 other than it looks pretty. Well I want to keep the sonic signature the same and in the end I want to use balanced headphones. Also the unbalancer provides a little isolation during the initial development and testing - I have the caps so why not.
Last edited: 2021-11-01 8:21 am
•••

Finally had the time to sit down with a pen, paper, with the calculator whilst watching TV with the Mrs to work through the tuning on paper from load to inputs, calculating all the maths by hand rather than tweaking in LTSpice.

The result from plugging in the values this morning seems very promising: 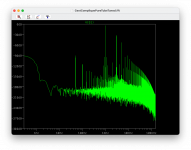 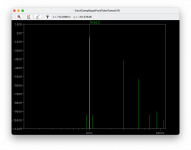 You know when you do pen and paper, never go back to an existing LTSpice :/

It appeared that my 320V lines were running at 270V thanks to some playing with transformer experiments. 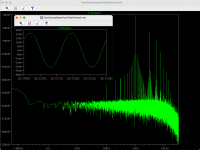 I'm still getting a hefty odd harmonic output from the cascode (the image above is amp output).

I figure that this may be down to the tube CCS that is about the only thing I've not really paid much attention to in properly tuning. Specifically how well it copes with fluctuations (ie waveforms) vs what it looks like at a static level.
I think I have the grids too high and the voltages across them are too low - demonstrated by the third harmonic production (I think).

Code:
The amp output (at the headphone) is still not perfect with input at 2.86V.

Code:
I need to look at the driver input (which is the problem) and retune that again.

Previously I'd treated the cascode as two triodes and avoiding treating it as a pentode. Merlin's pages on pentodes (rather than cascodes) has some additional points around setup and configuring - the result is that I've been running the upper triode grid at 160V rather than use the load lines and map out the pentode with g2 being about 80-100V max. The piece I'd missed - is the bias resistor that could do with a little tuning for the G2 bias too, in addition to the diodes. When the voltage is low - this causes problems upper bias (and also the upper bias of the lower CCS pair of triodes acting as a pentode).

The main issue is that running at a good Iq operating point causes issues for the CSS triodes when trying to use a low 3rd harmonic operating point. This low H3 means that a higher even harmonic can be cancelled out leaving a lower overall THD.

The pain.. is that it typically means high output (Ra being high hence 80+Vpk). which the drivers don't like thus it needs scaling down for the driver input. Not a biggie but just means a voltage divider to scale the voltage down.
Last edited: 2021-11-25 10:53 pm
•••