Has anyone made Mr. Carlson SIFT foil side cap tester? Any thoughts?

I’ve watched all the videos so I decided to make one because it doesn’t seem like there’s any product on that market that does this. I’m at the point where I ordered all the components and am waiting for them to come in.

Any thoughts on making one of these?

Now that you got sucked in, you should pay the piper. Can you just
do it by the project, if that is what you want to do.


No sense doing the monthly thing unless you know what else is available?
If so, join for a month and download everything from the site.


If you like the stuff be happy share with those you care to or not.
I'm sure some of the stuff is already in the public domain, as
expired patents etc.

If you insist, you can always come up with your own. I am pretty sure that there is 0% rocket science involved, just 1970s tech (essentially, an audio amplifier with high impedance input to amplify the hum, a rectifier, and LM3915 or similar bar graph driver - the trickiest part may be reversing the cap and providing an indication without having to resort to an unduly exotic switch). You are merely paying for the convenience of getting a project with all the nitty gritty already figured out, instead of having to making it work well by yourself, which may be a more than fair tradeoff depending on how much you value your time.
•••

at the ten minute mark of this free YouTube video

Mr. Carlson shows how to test for the foil side of a capacitor using only an oscilloscope and a BNC-to-alligator-clips test lead like this one
•••
D

I have paid for his Patreon for a year or so now. I enjoy his videos and projects, and the two dollars a month is well worth it for me to build a project with all of the bugs worked out.

The only thing I did differently is I modeled the PCB in a CAD program as to get the PCB’s made professionally rather than etching my own. They’re due in today. I’m doing the complete unit so I don’t have to use my oscilloscope.

I'm a MCL Patreon subscriber. Any chance you might have an extra board to sell or the gerber files? I've been thinking about drawing up his PCBs to get boards made for this and for his low voltage capacitor tester.
•••
D

I just finished my SIFT unit. And it works very well. I’ll post a couple pics of my build later.

I do have several more boards. PM me.

I’ll be doing boards for the leakage tester next.

That's a very nice video, Mr. C knows his stuff.
Still, I'm a bit uneasy that the band on those caps does not match the apparent outside foil. Skeptic that his measurement method is OK. Need to think about it some more.

This guy has the same story but no mention of any reverse indicated band: Where To Connect the Outside Foil on Capacitors

The method depends on stray currents/voltages, and it will generally work alright, but there are instances where it will fail: either it will not give a clear enough answer, or it might even give the wrong answer, depending on the exact electrical environment.

A better method is to reverse the stimulus/response and drive the cap with a deterministic, low impedance source like a generator:
Outer foil cap measurement with Hantek 6022BE

I have rarely tested caps for the foil side, and every time I did, it matched the marking, but I didn't specifically look for a wrong marking.
Sometimes, a wrong marking does not need any testing: I have had diodes marked the wrong way, and this is much more damaging.

Also note that some caps are more or less symetrical by construction and will always give an ambiguous answer, even with the "proper" method
•••
D

Here are a couple pics of my cap tester build. Seems to work pretty well.

ALL you need to test foil side is shown on that video, from 8:46 to 10:46 and only requires bare minimum connecting stuff (duh!!).

If no scope available, just get a crocodile clip to Guitar plug adapter and plug it into a Guitar amp, judge noise level by ear, as simple as that.

Why complicate this very simple test is beyond me.
•••

Reading some of the referenced posts in that other thread confirm my suspicion that this test (Mr. C video) is ambiguous and cannot be trusted to correctly indicate the outer foil.

Manufacturers may be greedy but are not stupid; I don't understand why not a dozen alarm bells did go off in Mr. C's head when his test showed that half of the band indications would be 'wrong'?

Manufacturers may be greedy but are not stupid; I don't understand why not a dozen alarm bells did go off in Mr. C's head when his test showed that half of the band indications would be 'wrong'?
Click to expand...

Especially considering they don't make them by hand, they come off a machine, all made the same way, the same side presented to the printer as they come by, etc.
•••

Enzo said:
Especially considering they don't make them by hand, they come off a machine, all made the same way, the same side presented to the printer as they come by, etc.
Click to expand...

These are Epcos/TDK capacitor winding machines.

In this particular case, installed in China.

So these make what´s derisively called: a cheap chinese cap

Typical EPCOS Factory (there are dozens all over the World):

Typical factory inside, the non-robotic area; this one in Bawal, India:

On the other side, we are constanly being led to believe that handmade stuff is top of the tops, wildly claimed to be superior to above shown automated stuff.

where we see this workroom: 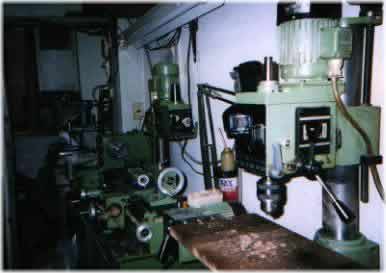 Machining room where Audio Note prototypes are worked out

Audio Note Japan makes wirewound silver plate resistors for their amps, besides their famous silver capacitors that is:
When he was not satisfied with the existing film capacitors, he made proprietary capacitors utilizing thin sterling-silver foils. Same thing applies for ANJ resistors. Kondo-San did actually close the entire factory for three weeks to finalize his latest creation: the tiny capacitor he's holding in his hand. 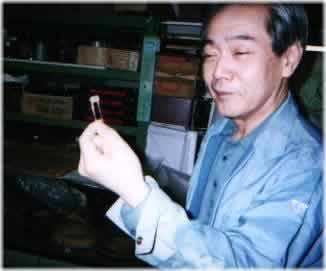 When I read that and similar claims, I somewhat feel somebody is pulling my leg, big time.

Of course, wild claims back that, so "it should be true"

where, among other things, they say:

For the Japanese artist, the process is sacred, the methods are sacred and the act of creating something simple is considered the noblest achievement man is capable of. This intense and spiritual relationship with physical matter and its counterpoint in our souls can seem bizarre to us. Have a quick look at the late Mr. Kondo talking about silver. You'd think he had taken leave of his senses.

"Silver is a living thing, as if it has a gene which seems to contain DNA as expressed a natural sound." Or what about his thoughts on sound:

"I believe that motion is sound. I am all the more convinced of my belief when I listen to the swelling mass of sound in the middle of Wagner's Tannhäuser Overture. Especially so when listening to the same music performed by the great maestro, Arturo Toscanini at his last concert of April 4, 1954. Which sounds as if the particles of the sound were colliding with one another and whirling in a thunderous march."
Click to expand...

Back to the thread point: could one of these mythical handmade capacitors have the outer foil improperly marked?

Yes, I find that possible: phone might ring, the factory cat might jump over the workbench, a Tsunami might hit.
But some of the robot made ones?
Even worse: 50% of them as hinted on the foil detector article?

I watched the video from 8.30 onwards. Simple enough that even I can do it. But I would have liked him to cut open one or two to confirm, especially in light of the subsequent doubts posted here. I guess I will have to do that myself, when I get around to testing some caps.
•••

You make good points. I always have to laugh when people say 'I want to upgrade my cheap Chinese XYZ ...', implying that cheap is bad.

But very often, cheap is a testimony that they have the manufacturing process well under control and can produce identical quality parts by the millions, thus cheaply.

Handmade is more expensive but without any guarantee for quality and two handmade amps are never the same.