Meet the Universal Buffer: A reference class analog preamp, made in Canada.

The Universal Buffer is an ultra high-end stereo analog subsystem. Each channel of the Universal Buffer features a differential input (which, by jumpers, can be configured as a single-ended input), and provides a buffered differential output and a buffered single-ended output. Its gain can be changed from the default 0 dB (unity) by adding a resistor. Furthermore, it can be configured for signal inversion.

Except for the connectors, the Universal Buffer is all surface mounted components. Furthermore, two of the ICs have exposed pads under the IC package, thus, are challenging to solder. A good connection is needed for good performance. Due to this, I will only be offering the Universal Buffer as a fully assembled module.

The first batch of Universal Buffer boards is in production. I expect to have the boards in stock and ready to ship by January 20th, 2020. I have opened up for preorders. I will offer volume discounts for order quantities of 3+, 5+, and 10+.

The image shows the final prototype. The production version will be identical, except it will be Neurochrome Blue like my other boards. The circuit design, PCB manufacturing, and PCB assembly were all done in Canada.

Cool. Looks very useful. What are the limits of the buffer? Could you use it for DAC IV duty or only use it after another Opamp does the IV duty?
•••

What gain options are available with those resistors?
•••

wcwc said:
Cool. Looks very useful. What are the limits of the buffer? Could you use it for DAC IV duty or only use it after another Opamp does the IV duty?
Click to expand...

I wouldn't configure it for I/V duty. That's not to say you can't do that, just that I'd optimize the circuit for I/V duty if that's what I needed.


wesayso said:
What gain options are available with those resistors?
Click to expand...

Whatever you'd like, basically. Only gains of unity or higher are supported, though.

Is there a Neurochrome power supply to power the Universal Buffer in the works?
•••

Aha! I had to dig into the specs to see that it can be configured for lower voltages. I hope I can handle the two SM inductors.

I have to admit that a switching power supply was not what I would ordinarily choose to power a preamplifier. Would I be able to achieve the Universal Buffer's rated specs using the SMPS? Would some additional output filtering be required?
•••

I have just finally finished my Neurochrome Diff 8x2 Preamp.
Surface mount soldering was more difficult than I had anticipated.
And as I built it into a wooden box I worried about Pin 1 and grounding.
Other projects also got in the way.
Anyway it sounds brilliant and if it is any guide then this new preamp will be impressive.
•••
P

Excellent! Now bring back your input selector and volume control board.
••• 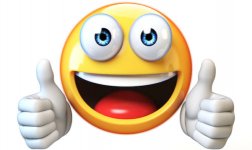 Beautiful! And exactly what your line-up needed!

Tom, have you any measurements with the buffer producing gain? +12dB would be most of interest to me. This looks a great project and I would also be interested in a remote input selector board.

I don't have measurements to confirm this, but can certainly play with that in January.

If I understand things correctly (with my limited knowledge of electronics) I should be able to use the Universal Buffer in a high quality preamp that will provide me with years of fun listening.

I am currently in the process of building a low cost prototype of the B1 buffer, and a low cost prototype using cheap Chinese LM3886 kits from eBay. If I actually manage to produce some working boxes, I'll be looking to build some nicer versions as well (with LM3886DR for the power amp). I've understood that the B1 buffer uses a JFET before and a JFET after a volume pot with the JFET's functioning as buffers, so you would have this setup twice, once for each channel. The B1 has no gain, and the term buffer means matching the impedence of the components on both sides of the buffer if I've understood all of this stuff correctly.