Also some other tubes now not sold cheap.

Yes, $5 was worth more then, but note that a new VTVM cost $35-$82, a high-voltage probe $7. Actually, allowing for inflation, a $5 would be about $55 in today's smaller money. But clearly a bunch of these fine tubes were going out of style and the tube-mongers were clearing the stale goods out of the warehouse. I leave it to the smarter economists to figure if I should have bought-up all the 300Bs in 1956 as Investment. (I was very small and my folks just-about had $5 to feed my tiny growing body.)

Still have a 1962 Allied catalog with Genalex KT-88 matched pairs for $12.00. If we were prescient, would we let things get this messed up? Tough call.

But please note how many tubes that are considered rare and useful today, against the huge number of types nobody uses these days.

I still find tube lots for sale where I live, and I have to shift thru the masses of tubes, to find the few useful ones. 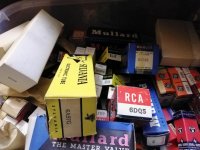 Still some bargains around yet.

I got me a big box of GE JAN 6197 tubes last Spring when they were on sale for $0.33 in quantity. Very nice curves (below). Remarkably uniform.

Many remarkable tubes on the 9DX base are on the $1 list at ESRC yet.

You want to cry? Find a Glass Audio magazine from the early-mid ‘90s and see what NOS tubes sold for jut before the tube bandwagon got really rolling.
•••
6

Not from 1956, but I found a Siemens catalog from 1986, still listing "Weitverkehrsroehren", the German "Amtsdeutsch" for thermionic valves for telecommunication i.e. state-owned PTT service. Prices are in DM Deutsche Mark. The US$ was DM2,17 in April 1986, and a 1986 $ is about $2,35 by today's value. So you can take the DM prices as today's US$, roughly ...

If the price of tubes includes free, I cant remember paying anything for tubes in the 60's or '70s. Must have been all those cheap prices from the 50's.

When I was a kid, our next door neighbor ran a private TV repair shop in their basement and that fellow gave me the guts of some GE console - just the two chassis, but populated. I used to invite my friend's over to watch me burn up small speaker voice coils, when I turned it all the way up. It had 4 6V6s in one chassis; two of which I could never figure out what they did. At the other end of an umbilical was the tuner/preamp.

In my late teens a friend's father had a Marantz 7, a Dynaco MKIII and an AR3 speaker. One day he just up and gave me the Marantz 7. I remember using it in my room, hooked up to an AR turntable. After giving it a good thrashing - not knowing what it was nor being anywhere near ready for it - I let it go after several years of unused ownership - for a song.

My father had things around that were tube based, which included the family SE, 4 Tube, AC/DC Stereo amplifier connected to a turntable with a crystal stereo cartridge. Diamond stylus, it worked on the beatles white album. Would have worked a lot better if I had my 15" Lii Audio FR speakers back then. We had a few different tube based TVs, into the color era. I'd just gaze inside when my dad removed the back cover.

Back then I knew of no one with a high end stereo as we practice here, until one time my friend invited me to smoke a joint over at his father's apartment. My friend opens the doors to a closet space and inside are AR3a's, a pair of of MKIII's, a PAT3 preamp and some benjamin miracord turntable. I dont remember what he played, but I do remember the sound being so liquid and the bass - my gosh the bass had the lowest, smoothest, most rounded pure tone I ever heard. Nothing but distortion in those low frequencies was my whole life's conditioning. What an impressive sounding setup this guy's father had. A great experience to have had with what tube equipment can do.

So if you lived back in those days, had a little luck, fortune and serendipity with this stuff, you were probably rolling in it for little if any cost due to the sheer abundance. And with solid-state coming onboard, lots of tube-based equipment churn around the time - well before most of the stuff ever made had been collected up.
•••

Even with their recent prices, stocks were a better investment than tubes.
•••

In rural south GA, McD's and entry level clerk-type positions are in the $7-9/hr range. But, the cost of living down here is pretty reasonable.

tsmith1315 said:
In rural south GA, McD's and entry level clerk-type positions are in the $7-9/hr range. But, the cost of living down here is pretty reasonable.

My bad, was thinking of family income: 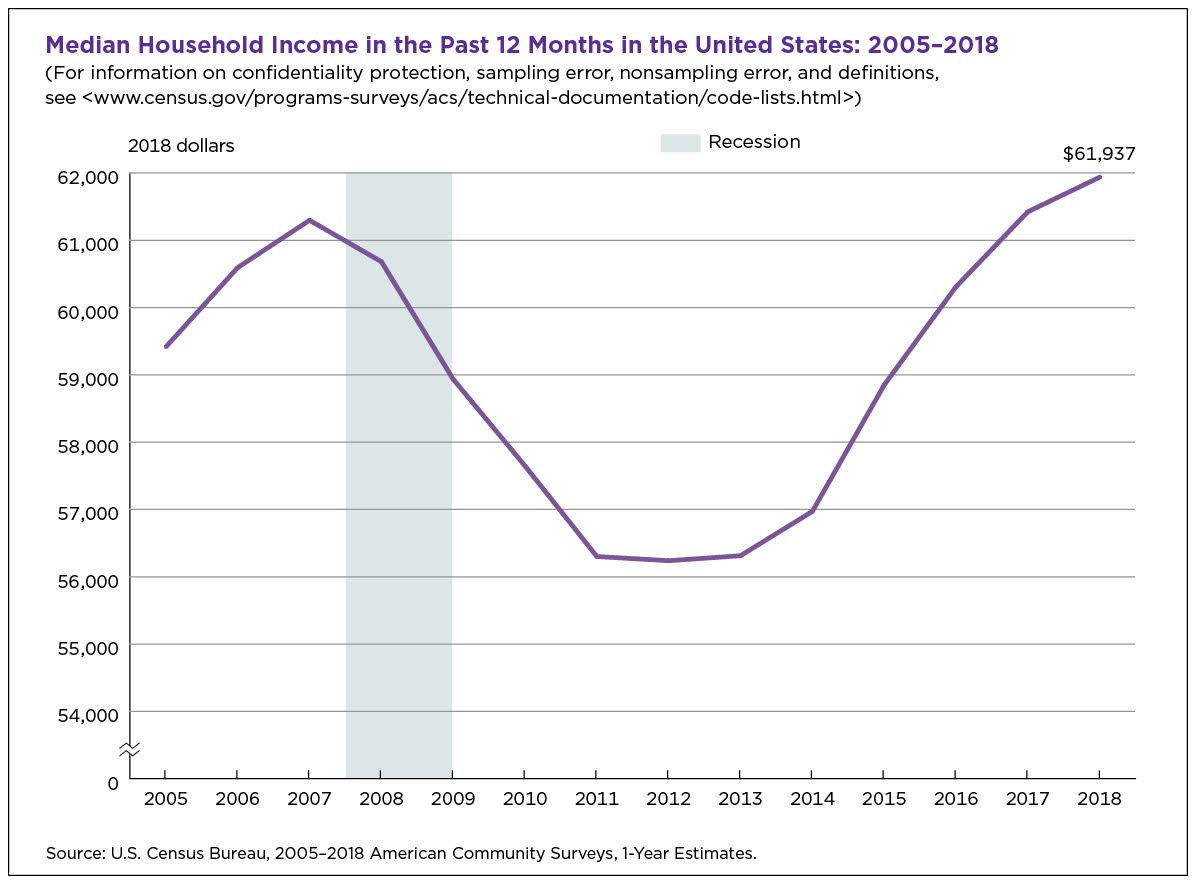