SBA is coming up with this....

I'll try to grab a pair when they come out! 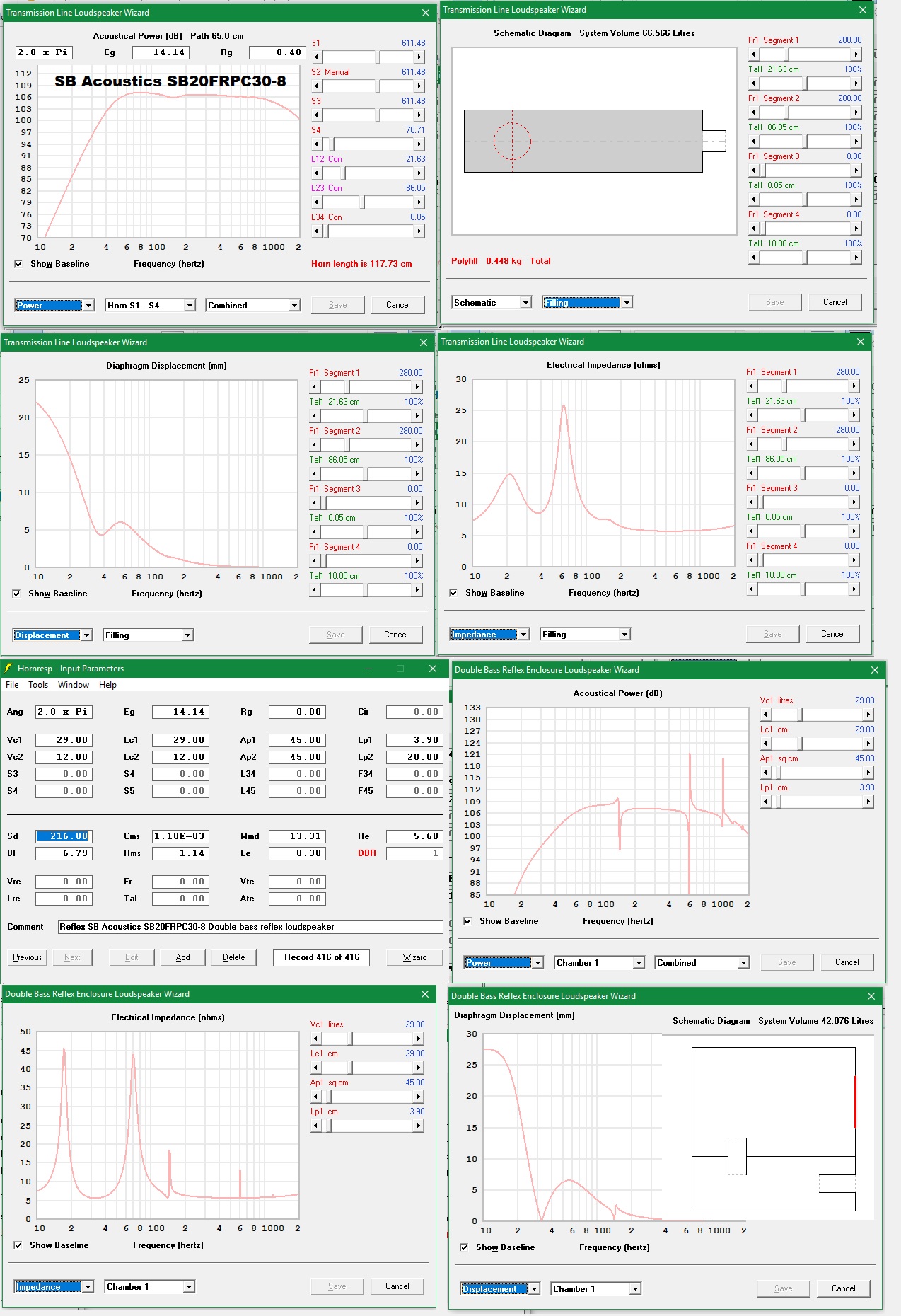 I liked that it has non-conductive coil former, foam surround and extended copper sleeve on pole piece..
It is surprising for me that it looks like they have good bass extension..
I don't know how to judge the frequency response after 2khz.(It is big question for me)
It says "Vented reinforced plastic chassis". Does it mean it has ventilated spider? I couldn't see clear pictures. In my opinion it gives some kind of clarity to sound..
Thanks for notification.
Last edited: 2020-07-27 4:17 pm
•••

It usually refers to the basket being vented below the spider. The driver may have a vented VC former, but that's not usually referred to in terms of the chassis.
•••

Solen had them for $64 Canadian. I'm very curious what Madisound will ask for them. It looks like I might have found my next project.
•••

I'll drop a line to my distributor here.
Don't know when we can get them.
•••

slmnklyc said:
I don't know how to judge the frequency response after 2khz.(It is big question for me)
Click to expand...

response looks pretty good - for a FR that size and in a reasonably tight window on/off axis. IF"$65USD" then would be attractive. 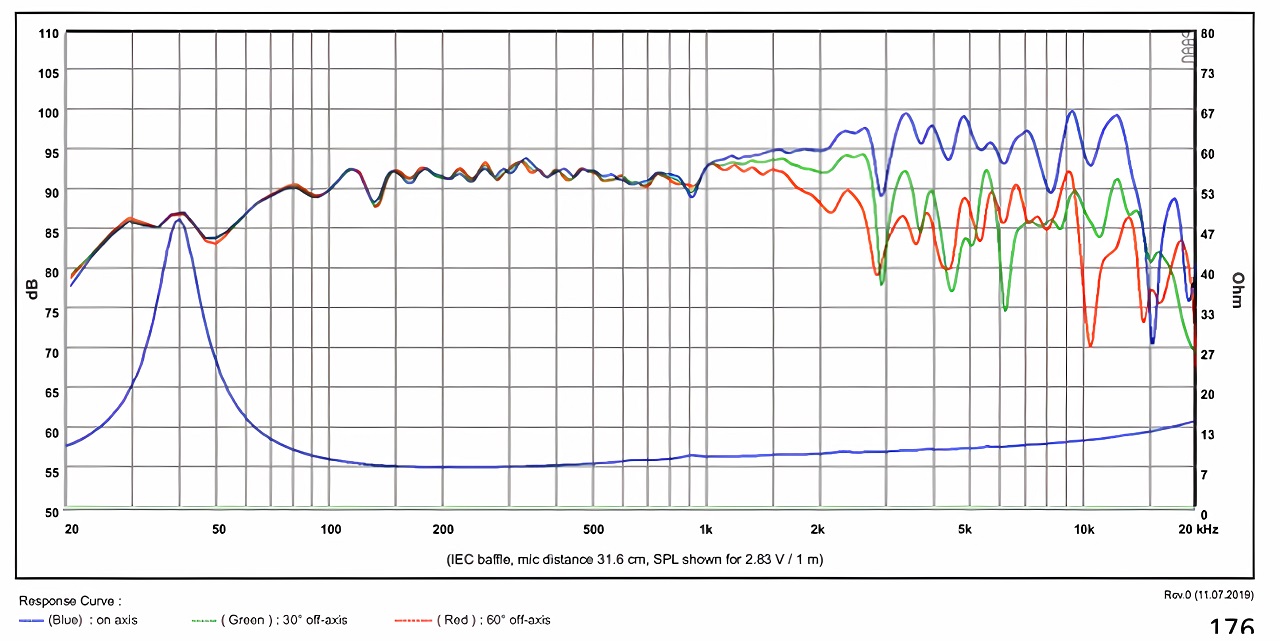 Also, keeping in mind that SBA does not doctor their FR graphs like other companies do....
•••

Hmmmmmm.....
Have been thinking about which drivers I should use in my living room, this could be a good alternative.

Ordered some parts to go with.
And now I see I've made a mistake of not getting enough neutrik connectors and sockets
No worries, will need to order some other parts from a local supplier anyway.

That is a very decent response for an 8" driver. Interested to see listening impressions!
•••

There is a 26 day wait for the SB 8", and a 31 day wait for the Faital drivers, so I'll probably have it in september sometime.
Will try to get htpl to add the missing parts to my order.
•••

Are these to be used together?

To me this looks, on paper, to be a very interesting driver. It’s big enough with a lowish fs for some bass, whizzered for good treble dispersion, Q is in a handy range, phase plug for good behaviour. Sensitivity is good enough for many. The price is too reasonable to attract the high end brigade. Could it be the Goldilocks Full Range driver ?

Depends on the size, profile & resonant behaviour of the whizzer (and to a point the main) cone, so there's no set of 'universal' dimensions for pole-piece extensions, they vary from driver to driver according to need.
•••

My distributor is calling SBA tomorrow to find out when it will be available.

They do keep coming up with interesting and diverse drivers.

If they found a way to circumvent some of the beaming inherent to 8" FR drivers, that would be something.... within the laws of physics, of course!

I have to mention the very well behaved impedance curve. That's candy!
•••

perceval- fyi, my (very limited) experience of a cone with whizzer and phase plug is very positive. The dispersion is very good and pretty uniform. Nevertheless, there is some beaming, or some 'hotness' directly on-axis which disappears as soon as I move slightly off-axis so it's only possible to notice it by looking down the 'barel' so to speak. Hence, it has been more of a scientific curiosity and in no way has it ever been an issue - generally I forget about it unless there's a question on this forum that reminds me it even exists. I have read some controversy around whizzer cones so I know there must be some variation between drivers. In the case of my driver, the AN 15", Bud Purvine commented somewhere on this forum that it's one of the best whizzer implementations he's ever seen or heard (with the possible exception of the Lowther AlNiCo driver that he was very enamored with in 2012). There have been a lot of favorable reviews of the Fane drivers which are also with whizzer, some of them a double whizzer - no such thing as too much of a good thing it would appear.
Last edited: 2020-07-29 4:39 pm
•••

I have a local 15" FR driver with quite the solid whizzer here... it kinda looks like the Fane. It loses strength after 5kHz.

I also have the W8-1772, which is touted as the lowest beaming 8" FR drivers out there by some.
It has a whizzer and a plug. True that beaming is not as intense as some of the 5" drivers I have around!