Just to create a change of subject,

Does anyone have details of Passlabs history, the early days etc.

I find it interesting to trace how people got into a specific field or career and how they progressed.

Perhaps Mr Pass can provide use with some insights!

Hello macka,
I don’t think you are going to get too much of an answer from anyone about Mr. Pass, Passlabs, or Threshold but what that can be found on the Internet. Mr. Pass keeps him self very busy. I have had the pleasure of meeting him two times and e-mailed him hundreds of times. He can talk theoretical , common sense, and diy circuit design impressively plus talk about the future of audio too.
I remember two different Stereophile articles he did. I think the early article he did might interested you, is were he talks about the early days of Threshold, The Claw speaker system and the Forte series of amps and preamps. In the latest article with Stereophile he talks about the design of the X-series amplifiers. I have been moving into a new house and (spending money like crazy) I would have to dig around to find the issues of the Stereophile magazines but you should be able to do a search on the Stereophile web page and find these issues. Also in the TAA issue 2/81 Citation 12 modification to mosfets, which I have built, he mentions that he worked at the ESS speaker company.
Maybe you can get an idea of his personality by looking at the Pass Labs ads. Notice no catch phrases, no distracting pictures that draw your attention away from the products, no cute loveable little cartoon creatures, and no big large printed words for a hard sell. And he does have a hard working group that supports him at Pass Labs too.
•••

I'm leaving for 2 weeks of vacation on Saturday, so
I'll see what I can work up by way of a bio, since the
marketing dept keeps bugging me anyway.

I have a large number of boxes of brochures, papers,
reviews, articles, pictures, and stuff, and I've been
meaning to fill up a CD with JPEGS of it. When it's
done, we'll make it available for media and postage
cost.
•••

Have a nice vacation.

Bandwidth is cheap these day! I would be very interested in this history.

Hello.
Can you please share any photos of the second prototype of ionic loudspeaker (with gas tubes)? Stereophile has only short notes about it.
Do you possibly has the photos of ionic AHL Tolteque from CES 1990?
Best regards.
•••
T

Here is something. Just basic info, but better than nothing.
https://en.wikipedia.org/wiki/Nelson_Pass
•••

I interviewed Nelson some years ago:

https://linearaudio.nl/sites/linearaudio.net/files/pdf/DiddenInterview_MMM110(1).pdf
Early history and all that.

Steve Guttenberg, aka the Audiophiliac did a six part interview series that I found very interesting. It covered in his own words some of the early history and inspirations. part one of six is here
•••
N

Thanks.
Here is the article about new prototype. 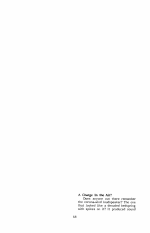 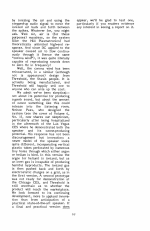 I have a large number of boxes of brochures, papers,
reviews, articles, pictures, and stuff, and I've been
meaning to fill up a CD with JPEGS of it. When it's
done, we'll make it available for media and postage
cost.
Click to expand...

I'm still waiting for that

You can gain a lot of insight of the "how", "why", and "why-not" from reading back issues of AudioXpress magazine. Read the Zen, Bride of Zen, Son of Zen, DeeLite, Alephs, variations of the mother in-law of zen's cousin located in a different city amplifier articles (I am joking on the last one, though I am sure that article will be written by Zen Mod if it hasn't been already...

), and other musings on Class A amplification.

It may not give you the single origin story, but the process is a good many pieces making up the story to present.

that's uploaded pic, not board smiley
though, I should ask for straightening thing with small gifs
•••

Is that be Mr. Pass on the left?