I was wondering what peoples thoughts are on MS Stereo and if they could be combined into a single enclosure?

To record in MS (Mid-Side) stereo you would use one cardiod and one dipole microphone and position them as so... 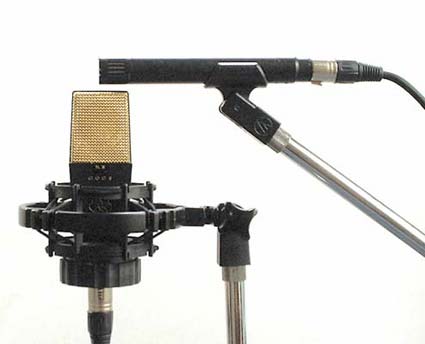 To play this back, would you use three seperate speakers, the centre being the summed mono or mid (L+R) and left and right speakers playing the side signals (L-R)?

Idea being, having stereo sound from a single speaker with the option to increase or decrease sound stage/stereo width by chaning levels of M or S signals.

Good link cls, i was thinking the same.

Rich, thats a cool idea. I think both of your implementations are worth trying. Why not use a true dipole (planar, electrostatic) for the side? True figure 8 single capsule mics are often used for ms recording.

I do have serious doubts as to how well this will work (predominantly the side channel sounds will be reflected off the walls). The three speaker setup sounds more promising.
•••
R

It was a good link, I started to read it. Thanks CLS.

I also found this link which uses an OPAMP based LR-MS matrix with three monitor speakers. I was going to build a more basic matrix and use three Fostex monitor speakers for testing. I think speaker directivity is going to play a big role here, perhaps three unity horns could work or as you say a true dipole for the sides.

rich31td said:
OPAMP based LR-MS matrix with three monitor speakers. I was going to build a more basic matrix ...
Click to expand...

This would probably be a good candidate for prototyping digitally so you can adjust M/S balance among other things eh? Clearly there are a few upmixing algorithms for 3 channel stereo and if you have 3 discrete speakers that's basically what you are doing.
•••
C