Hey guys. I've built a few projects over the years, including some sophisticated TL enclosures, so a pal of mine asked me to custom build him a pair of speakers.

Here's the deal; he's had a Logitech Z-2300 desktop system for years now. I've always thought of it as kind of a joke (as i think most desktop systems are), but it turns out it is one of the better sound products Logitech has produced. The 10 inch subwoofer is quite adequate for small room listening, actually.

Anyhow, he tells me that his satellite speakers stopped functioning and he wants to replace them by something "better", but at a reasonable price. I looked at the system's amplifier and it looks like it produces 20W/40W at 8 ohms, hence the low power requirement. So, I was looking at low power full range drivers and came up with the current version Mark Audio CHR-70. It looks like a good driver and most people seem happy with it.
I noticed that there are quite a few different designs with this driver, ranging from the simplest bass-reflex to (ML)TQWTs and even line arrays.
However, my friend doesn't have a lot of room for speakers, so he wanted the smallest design possible. Also, there's a filter at 150 Hz built in the Logitech system's amplifier, so it defeats the purpose of a fancier enclosure anyways.

That's the design i chose (i am still open to ideas, as i haven't ordered the enclosure material yet) it is from the official plans in MarkAudio's website: 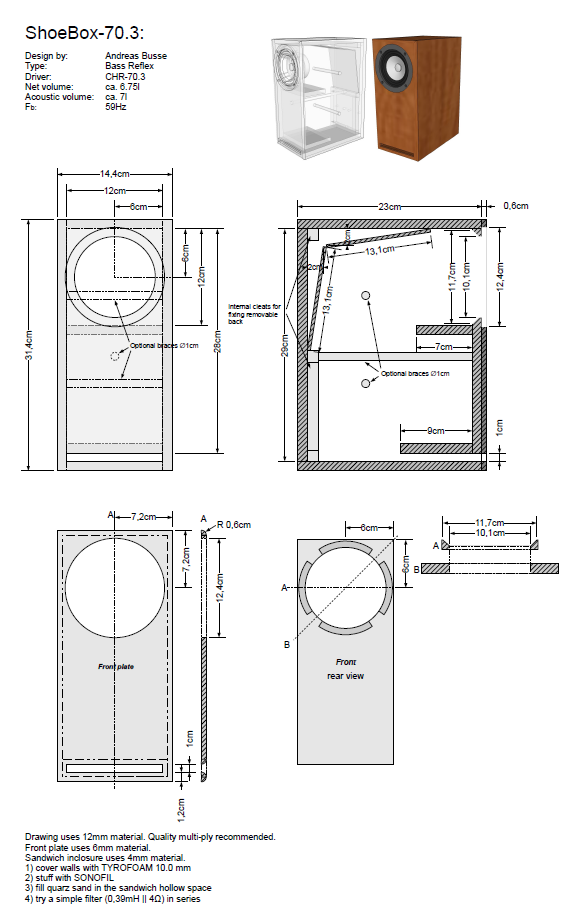 So, what do you guys think about the design i've chosen for this exact application? Do you have any suggestions and/or advice?

And then, there is the question about the filter; the author of this project mentions to try a simple 0,39mH coil with a 4 Ohm /10W resistor in series, but i am not quire sure about that. Afaik, most people build projects with this driver without any filters. Wasn't "no filters" kind of the philosophy behind Mark Audio's products in the first place?

Thanks in advance,
and sorry for the long post.
•••
C

Can't speak to the efficacy of the particular design, but the CHs work quite well in such an application; you might also want to consider the newer CHS70 / aka Pluvia 7 driver - which I'd almost call a CHR70 mark 4 - if for no other reason than that the new frame style eliminates the need for rebating and scalloping the chamfer on rear side of driver mounting hole.

I'd also opine that if used on a computer desk-top system that there should usually be sufficient EQ functions built into the media player to obviate the need for BSC.

Other than that, there's probably no reason that it wouldn't "work" in the strictest sense, although I'd be suspicious as to any power ratings (200watts of Bold Powerful Sound!), or how much is actually available to the satellites. What I do know works quite well for a desk top is a little class D amp such as Topping TP30 with USB input - more than capable of powering FR drivers in this size class to adequate listening levels. I've used them with Fostex, Vifa TC9, Scanspeak 10F, and several Mark Audio CH & Alpair models - but ,THX certified? no
•••
V

Hey there. Thanks for the detailed answer, but I'm afraid I'm not familiar with the term "BSC"; tried to google the abbreviation, but as you can imagine, there are quite a lot of unrelated things that come up. Do you mean the need for equalization, due to the difference in sensitivity and driver output across different frequencies (in comparison with the stock satellites)?

As Chrib says you can usually use your media player to eq this effectively.
•••
V

I see. Well, isn't that what the suggested (by the project author) filter is supposed to do? I mean, it does say "experiment".. I'd prefer to build a passive filter and integrate it, in case this is a know problem in designs with no XOs, using this particular driver.
•••
E

A passive crossover is fine but if you can do BSC with the media player it means you have no components between the amp and the driver.

You also keep the cost down and you can experiment a bit more.
•••

If you have a 150 Hz fixed XO i would suggest a sealed box.

Sealed box is also an option, thanks for the input. Come to think of it, ported / vented designs usually enhance the low end performance and in this specific application, that won't be needed. So striving for a more linear output is actually a good idea. Which design would you recommend, then, Dave? This looks solid to me: mMarS-1v0. It is about 5.6 liters of volume. I am gonna try some simple simulations as well.

You will get the best impulse response possible and you will have the easiest build possible. Best solution if you do not need to extend the bass!
•••

vrfood said:
Which design would you recommend, then, Dave?
Click to expand...

Guys, what's the name of the software planet10 used to simulate the frequency response? Here's the image he posted up in his previous post:

it seems that the internet only knows about WinSpeakerz. was there an older version for Mac that can no longer be found?

Last Mac version was in 1999. I keep a Twin G5 PowerMac around to run it & an html editor under Classic (and be a music server for my office).

So, in plain English, I think - sorry, NLA?
No doubt there are several other software programs available equally competent- mostly for Windoze or like OS?
Gentlemen, start your engines!
•••
V

Hey guys, I'd like to thank everyone for the help. Here are some pictures of the finished speakers, which I think turned out pretty nice. My friend is very happy with them as well. 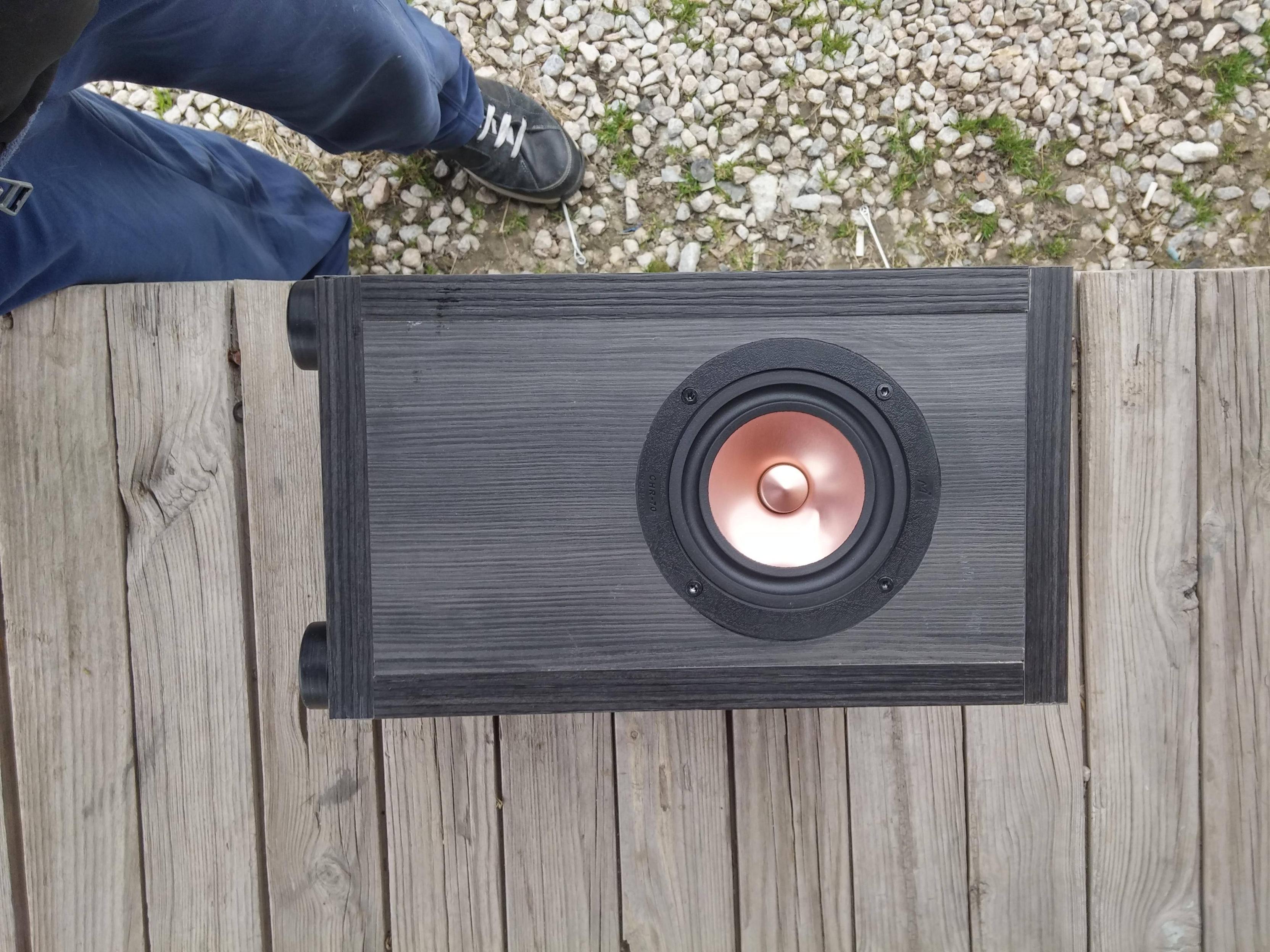 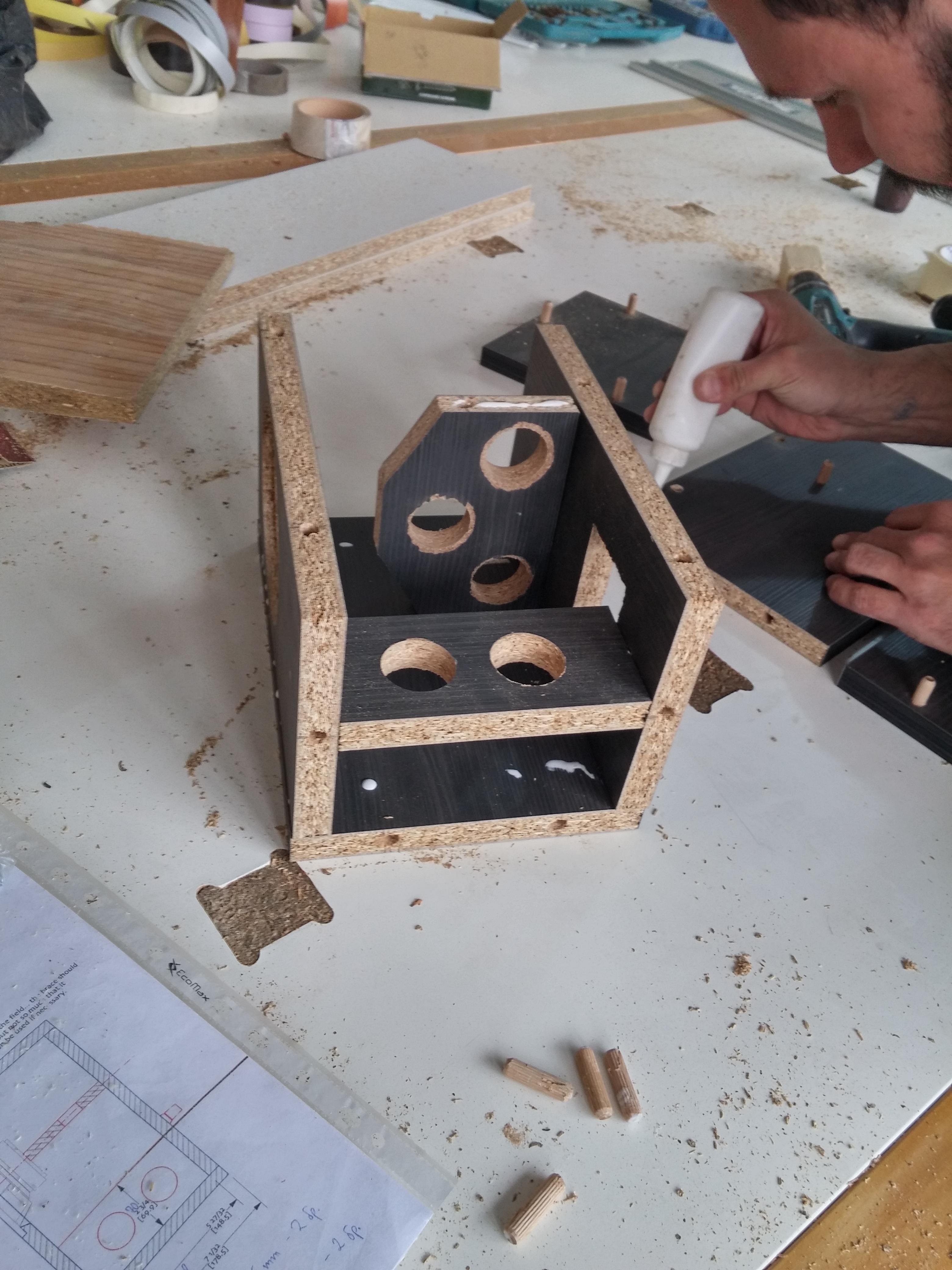 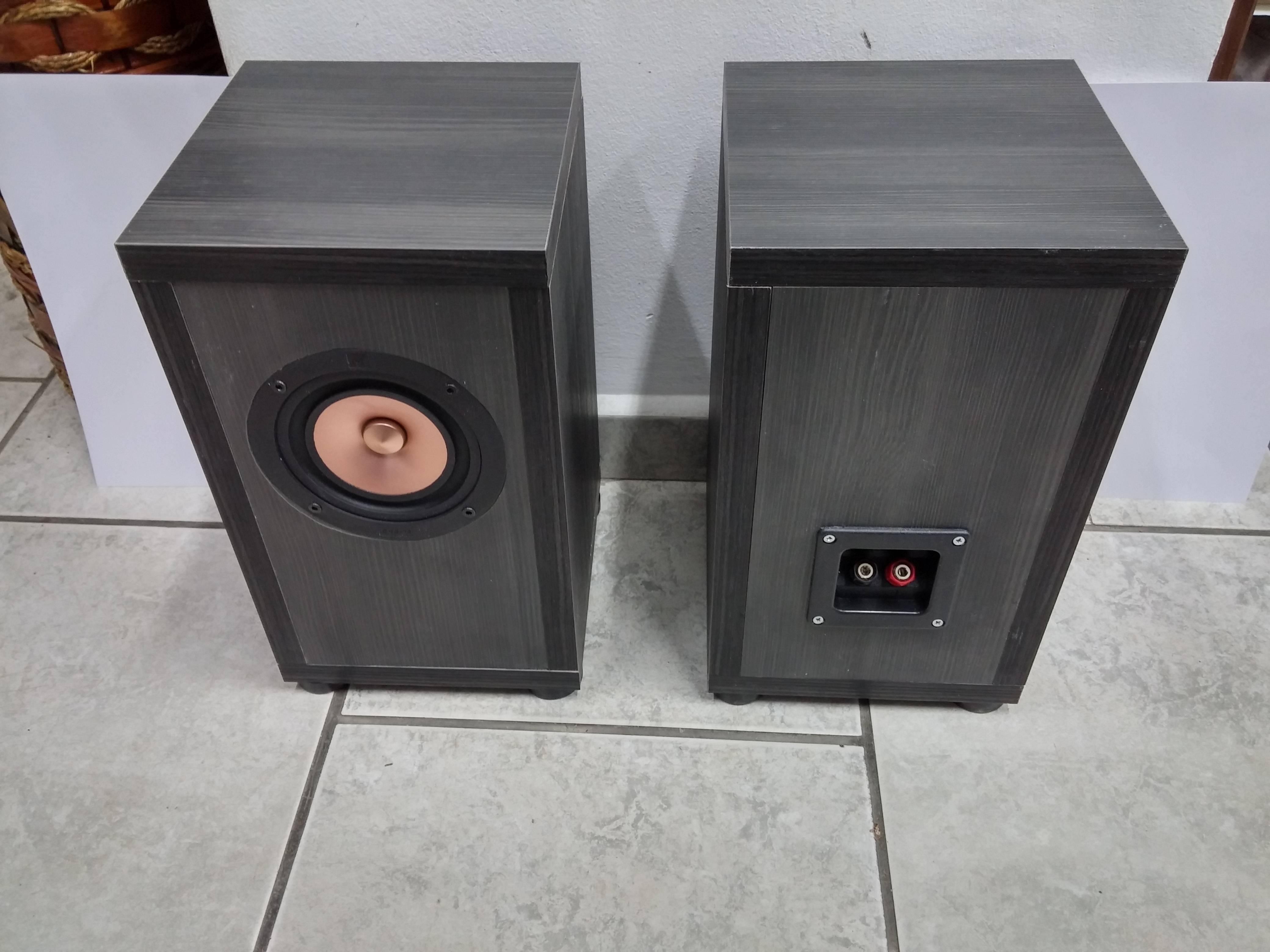 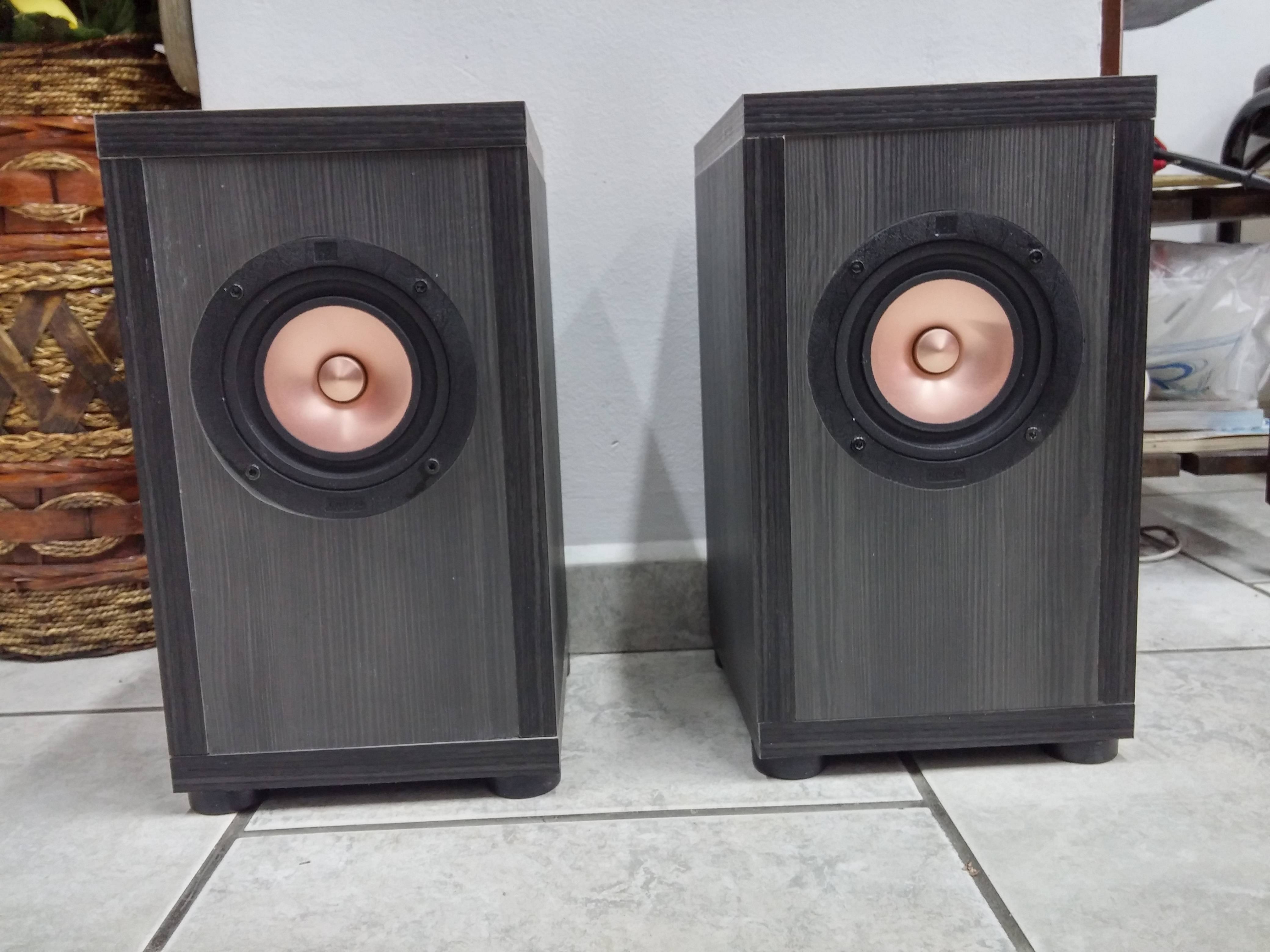