I need help with a Lite Audio DAC-38

It was given to me along with a pair of F5c V2.0 (cascode edition) and a special for pass PSU along with a pre-amp.
All but the preamp were 70% built, but it also has been modified by the previous builder, and since that person past away, I have no clue as to what exactly he's done to it and why... Nonetheless, I went on a mission to find the somewhat hard-to-find chips and found them all... That's all done now and the DAC is completed. But, it doesn't work... So here I am asking for advice and help!

Does anyone have a schematic for it by any chance? any suggestions about what might be causing it to not work? It powers but no sound at all!

sorry for the number of pictures

The photos are great! We usually have to ask over and over to get decent photos.... Yours look great and you attached them straight away, so well done.

The FW clone amp looks uncompleted; there's a small toroid and a loose PCB... not sure what the story is there...?

The DAC... well, it looks pretty bad. Tracks were blown and the resistor was burning (close to that voltage regulator - upper right corner). Also, the 1704 daughter cards don't look great. The extra decoupling caps that were added are not a good choice to start with - better to insert the SMD caps right between the pins. It seems the daughter card also had some PCB track issues... The analog section of 1704 burns a ton of current (negative rail.... was sit -5 or -15...? can't remember any more). The important thing is... it seems that the negative rail regs are underrated.

There's alo that white wire that seems to go nowhere...? 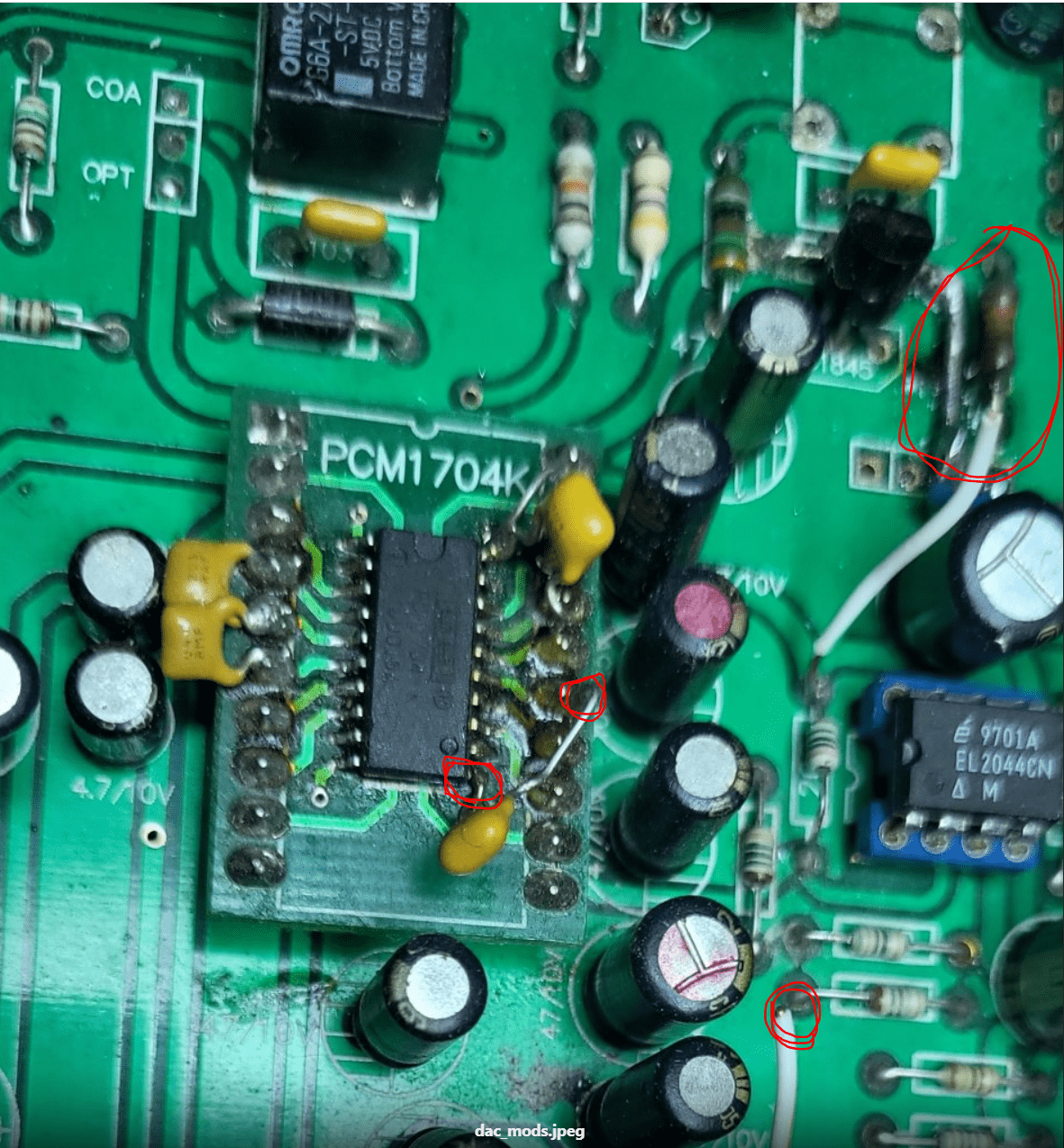