The only question in my mind is what exactly happens to these forums once they're bought?
•••

AltaVista was good. There was once a time when a meta would give extra results, I liked dogpile.
•••

billshurv said:
How is this news? Been this way for years. They've done what the FBI and CIA have been dreaming of doing for decades. The funny part is how rubbish the targeted ads still are.
Click to expand...

Exactly... I never see any ads on google, all turned off or blocked - at least that's still easy! And yeah, their - and other - ad targeting is uniformly awful on all sites that do it, somewhere in the internet advertising industry there's a lot of emperors new clothes going on....
•••

I was an Altavista fan, for a few years. When Google was brand new Time magazine ran an article on living with Google for a week (or something like that). The journalist like it, so I tried it - and hated it. Didn't mind the interface, but I felt the search results were sorely lacking. Wow, that changed fast! Google took over because it quickly became so much better than any other search engine. Seeing when it wasn't very good is kinda fun, in retrospect.

A few years ago Microsoft had a website that allowed you to enter a search term and it then returned blind results from Bing and Google and you could rate them. This was supposed to show how great Bing search results were. We loved doing the test at work because Google consistently won 9 out of 10.

Dogpile was a great meta search. At one point they stopped showing Google results. I asked why and they said that Google wanted $1 for every Google result that Dogpile showed. Yikes! At some point, Google results returned to Dogpile, don't know what deal they worked. FWIW, the Dogpile mascot was called Arfie.
•••

Instead of Bing, MS should have called it "Bong" for all the dopey results it produced! When first introduced it was useless compare to Google. Unfortunately over time, Google has dropped to the uselessness level of Bing, or worse. Google won't often deliver results from headline text cut and pasted from the site being searched for, sometimes even giving no hits - zero, zilch, nada!!! Duckduckgo is better, often top-hitting what is being searched for, but doesn't seem to allow the use of syntax for modifying search behaviour like Google does.
•••

H713 said:
The only question in my mind is what exactly happens to these forums once they're bought?
Click to expand...

Is that all? Then why visit forums?

First post of this thread mentioned a forum-buyer and a bought-forum. Go look.
•••

What happened to the old BBS of yore? I know a number of you here were on the bulletin boards before the web. The Parts Express forum felt like a BBS for a long time, even tho it was on the web.
•••

Pano said:
What happened to the old BBS
Click to expand... 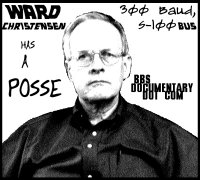 Like gopher, I think BBS is down, except in odd corners like Taiwan. Wikipedia says maybe dozens of dial-ups still live, but no citation?