Here in Mass we had a local gathering of audio "folk" called FrankenFest; there were about 85 folks there from the surrounding NE area NY, NJ included. I brought my pair of mMar-Ken6p and a pair of FF125wKeN in boxes made by Dougbo.
Here they are on display: 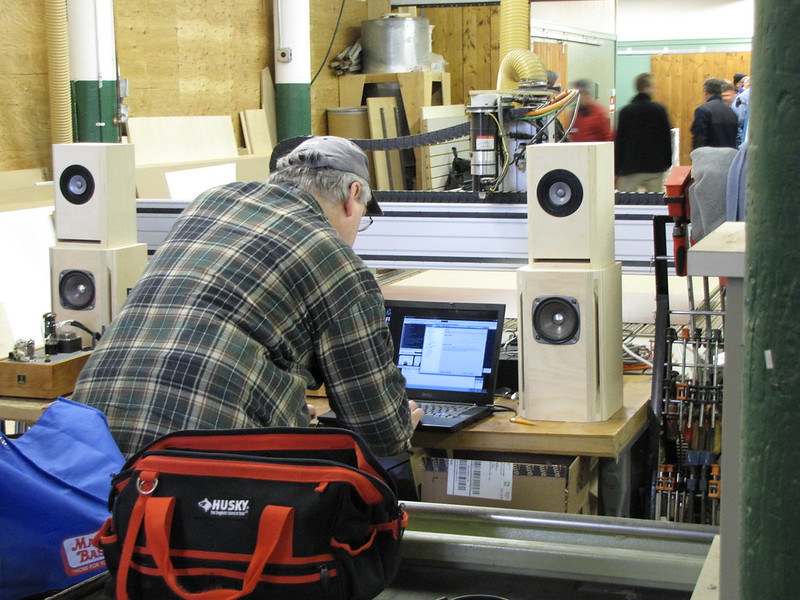 Folks were raving about the sound, the smoothness and range and very amazed at the amount of bass. The EnABL treatment was also of great interest. As you can see we were in a big factory type room, and they still sounded phenomenal. A big thanks and tip of the hat to Dave and Planet 10 hifi for making these great drivers, boxes, and plans available!!

Edit: Just thought a few quote in paraphrase would illustrate the crowds response. "Did you hear that? What? The speakers disappeared on that last song, they were just gone!" "Hey where's the guitar? It sounded just like there was someone playing, they said maybe someone was going to play today." Those were both when the mMar-Kens were playing.
Last edited: 2013-02-25 8:05 pm
•••