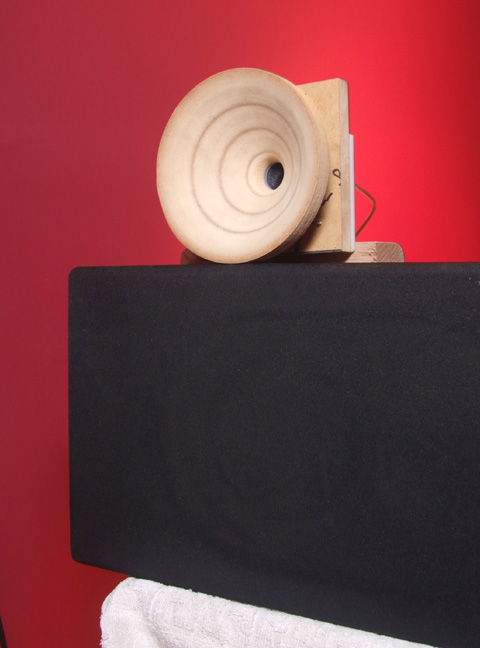 It's certainly not perfect, but I wanted to see what kind of result I could get with a compression driver mated to a standard 6.5" midbass. The result was quite good and definitely an improvement over the dome tweeter I had. Thought some of you guys might like to see how it was done. 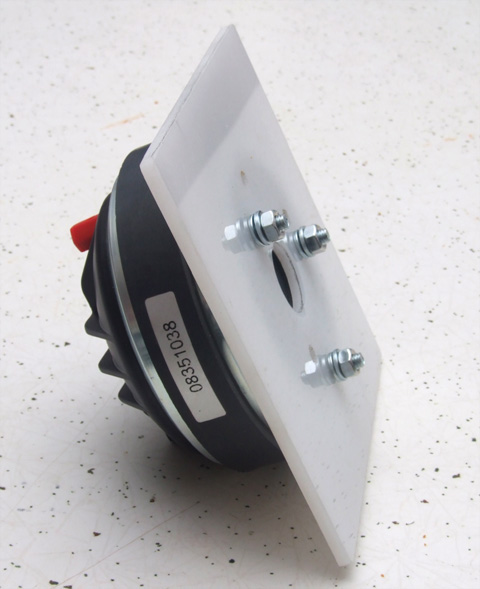 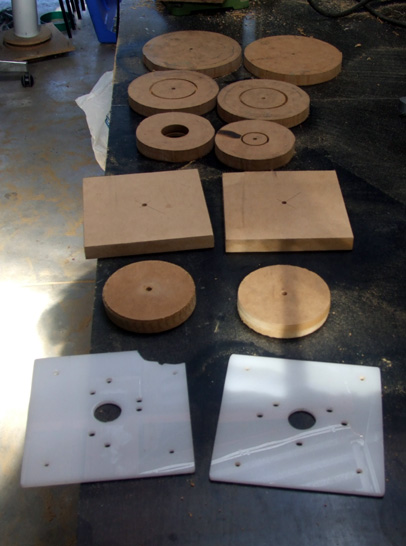 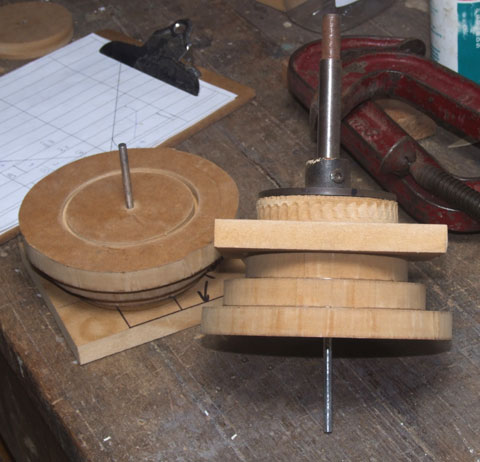 I had to machine up a rod and adaptor to keep it all concentric.

Starting out on the shopsmith: 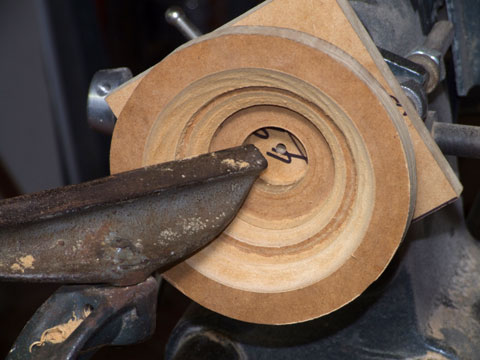 I aborted this soon and realised the metal lathe would be quicker and easier. 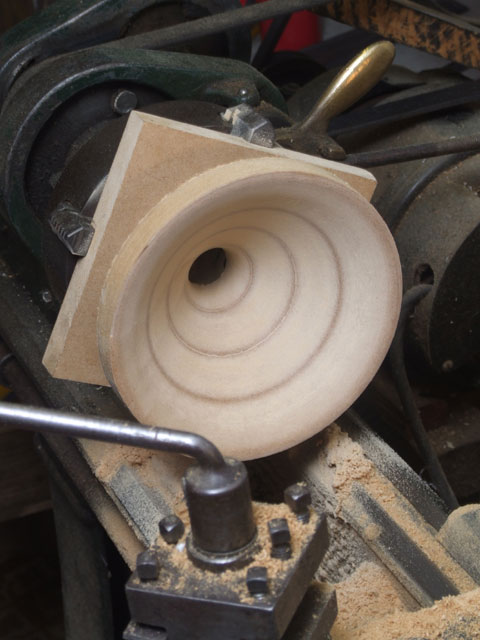 There is more info about it on the blog:
Red Spade Audio: Building a 6" oblate spheroid waveguide

I have a new appreciation of what goes into these. It took me a lot of time to put together something that is quite small and by no means refined. The Geddes kits start to look even more appealing after this!

Here is the prototype I'm working on:

I have a series of them planned before I build something serious. The speaker I built properly will probably be a CNC cut curved thing.
•••
M

Paul that's very nice work you have done. I am wondering if you have considered at all matching the horn angle with that of the driver exit angle? Matching the two angles should minimize reflections. Below is a link to a Klipsch forum member doing similar work. Looking forward to seeing your results as you go along. Regards Moray James.

I had a look at the link and that example is a tractrix where you can start with the exit angle and have a gradual transition. I'm a bit jealous of the CNC result! Mine is quite crude by comparison and also a lot more time consuming.

If an OS waveguide is done right it will account for the exit angle, as this is part of the equation. You can't tell by looking, since the angle changes quicker compared to a tractrix.
•••
M

Paul: I thought you might be interested in connecting with someone else who was working along the same lines as yourself. Al and Dave seem to be able to knock up the programming to turn these horns at an amazing pace. I am interested to know how one goes about measuring the exit angle of the driver? I have obtained the exit angles of a number of drivers but don't know how to do so myself. I think that this is a very much over looked aspect of matching a horn to a driver. thank for any pointers you might have to offer. Regards Moray James.
•••

Good point about exit angle. I agree with you that it's important. Overlooking it can introduce another source of diffraction.

The exit angle with the one I use is 6.5 degrees - this keeps coming up in waveguide threads, I didn't actually measure it.

I suppose you could measure it yourself. You would need two calipers. You can get calipers that will measure the inside of the tube, so you just measure the two diameters and the length then work out the angle. You would have to cut away the cover.

The easier way would be to contact the manufacturer, if they will disclose the information. Really, they should publish it in their data sheets.

Sent to me by a kind member.

Here are few values for the exit angle of compression drivers:

If you want to measure the exit angle of the compression driver an easy way to do it is to lay two thin but overlapping bits of cardboard inside, that are tangent at the exit. Tape them together in place and then you can pull them out and measure the angle of the combined wedge.

Note that most compression drivers have the throat designed as an exponential section with a flare rate appropriate to lowest frequency of use. Some might be simple conical sections.

I know it is all the rage to obsess over discontinuities and higer order modes, but you are better served finding an good compromise between those effects and overall directivity vs. frequency, polar pattern, frequency response etc. A good horn is a balance of compromises.

I've done circular waveguides for tweeters and found the high symmetry gave poor response on axis. I'd be interested in seeing your final curves.

Somehow I missed this later response! Hence the late reply.

MJ,
Earl Geddes has said many times the DE250 is 6.5 degrees exit angle (13 degrees total). Your number is 7.3. Hmm I wonder if one is based on measurement while the other comes from B&C. Measurement error?

Were I to measure it myself I would open it up and measure very carefully with calipers. I may do this at some stage. It would be possible if needed to make up some calipers - just two pieces of flat metal and a screw, then you hold it up against standard calipers.

Seeing your numbers I'm surprised they all vary so much!

David,
Looking inside the B&C I'm convinced they could have done it better. There are a series of lips where it seems the exit tube is made of machined pieces of metal layered together with a lip where each joins.

I know it is all the rage to obsess over discontinuities and higer order modes, but you are better served finding an good compromise between those effects and overall directivity vs. frequency, polar pattern, frequency response etc. A good horn is a balance of compromises.
Click to expand...

Seems to me that an OS is the ideal mix for a HF compression driver. It has constant directivity and the only response issue is the axial hole with axi symmetric versions. The solution to that is Geddes' 45 degree toe in, which also gives a wider sweet spot and has a psychoacoustic rationale. Overall, very clever and well thought out. Wish I had thought of it first.

I have heard what I think is a tractrix recently, horn loading a plasma tweeter. It was very good. Don't mistake me for one of the ones who have found "the one true way!" It's just that I think OS makes the better mix of compromises.

BTW, the plasma horn and my OSWG have a few traits in common. There is a sense of clarity and detail to the sound and the imaging of both is impressive.

Mid horns, that is different. I have a mid horn in the works. Turns out for that application, waveguides just don't go low enough. That's where I'm interested in a horn. I started building one, but discovered I'd made a mistake in my sims ... found it AFTER I cut the sheets. Doh!
•••
S


paulspencer said:
I have a mid horn in the works.
Click to expand...