Toasted my rectifier - need some pointers to troubleshoot

It is a 300B amp with the PSU based on the Time Bandit schematic and the rest based on primarily the JELabs design.

I was playing around with putting a CCS on the plates of the 6sn7 to 10mA...couldnt ever get more than 4 or 5. When I fired it up the 5U4G started making a terrible noise and one of the plates went red and the fuse blew.

Unhooked the CCS went back to standard plate load and put in a 5AR4 I had in spare...after about 10 seconds it started arcing and buzzing and I turned it off before the fuse blew...

Put the 5AR4 in a spare amp I had to see if it survived and it didnt...

The only thing I can think is that when the first time I fired up with the CCS I was pulling 79mA from the 300b's and then 10mA per 300b...The power xformer is an allied 6k7VG rated at 150ma so I realized that I was on the edge but the amp ran for many hours with no hiccups albeit hot.

The chokes are also rated at 90mA per "side" so I was maxing those out as well.

The logical places I have looked are for shorts on the caps or chokes but the DMM does not indicate a short...at least if Im doing it right. my DMM does not do capacitence though...I am thinking that when the first 5u4G blew it toasted the 50uF cap(s)...its a dual section JJ 500V unit. 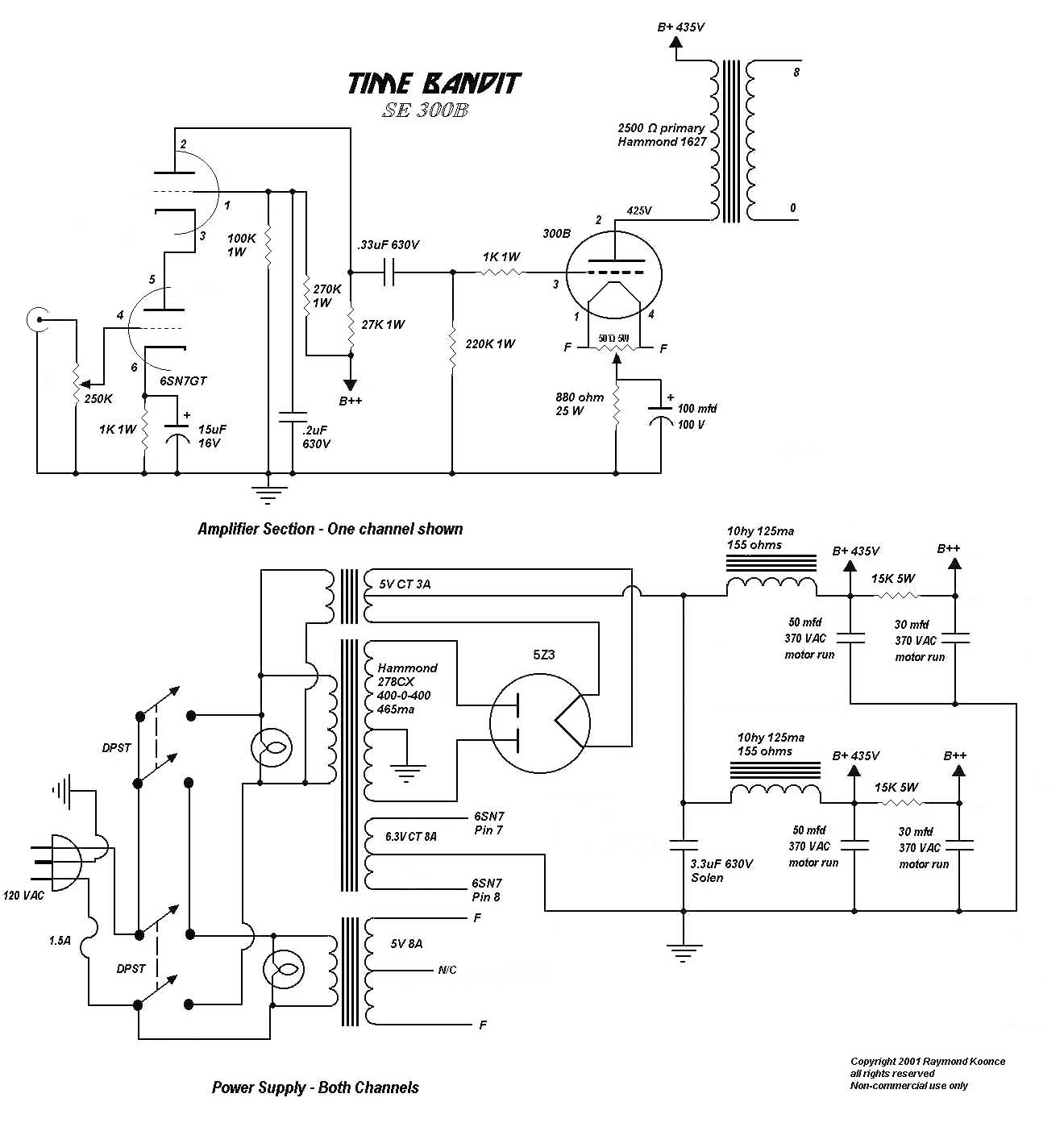 cjkpkg said:
The chokes are also rated at 90mA per "side" so I was maxing those out as well.
Click to expand...

If you exceed the current rating of a choke, you'll probably saturate the core. Then your choke becomes a lot less like a choke and a lot more like a long piece of wire. If you have a big power supply cap right after the choke, the rectifier tube will see the cap and probably snuff itself.

I put some panasonic 47uF caps in place of my suspected bad JJ cap. I also put a couple SS rectifiers in place since I am out of tube rectifiers to do some testing...

I now have in place for the 6sn7 red LED cathode bias and a 10M45 plate CCS running an exact 10mA...With the Tung Sol 6sn7's the sound is nice and the bass in incredible...with the vintage RCA's the distortion is massive...need to tweak some...
300b's running a nice 79mA...