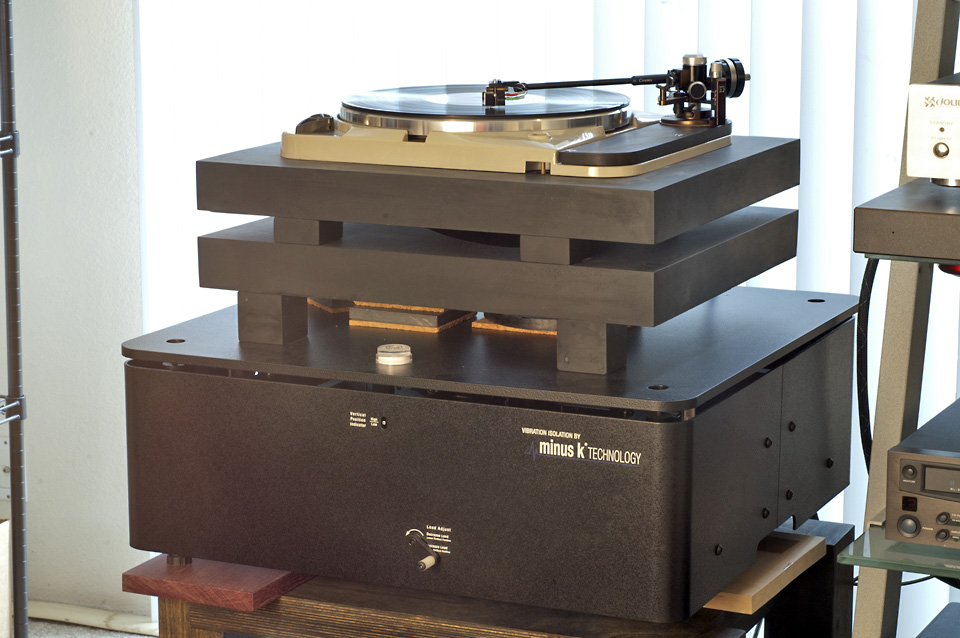 Something cool happened over here at chez The Analog Dept. I was simply minding my own business when I received an email from a gentleman named Dave Kushin. He introduced himself as a media relations consultant that was contacting me on behalf of the Minus-K corporation. And would I like to have a demo unit of one of their isolation platforms for review.

Naturally, I indicated to the positive. Next I was exchanging emails and then phone calls with Steve Varma of Minus-K.

The discussions with Steve resulted in the selection of one of their larger isolation platforms. Model 150 BM-1. That is the one seen in the above photo. It has a load capacity range of 90 to 155 lbs. I chose large because of the massive slate plinth I'm using under my Thorens TD124. But you know when I got the unit into my room, I found that the stance of the platform was just a little bit too wide for my rather massive dedicated TT stand. So I had to improvise a little bit. The photo should illustrate what I mean.

More details about my experience with the unit here:
Minus_K

I thought I would post this because the subject of turntable isolation comes up often enough. And there are various methods of providing isolation of the turntable from its physical surroundings.

Another popular method of support would be an "air table" type of platform. For instance a Vibraplane. The Minus-k literature indicates that their 'passive' design results in a very low 1/2-hz (vertical) and 1/2-hz (horizontal) isolation. And that this is superior to anything that can be done by a Vibraplane. But I understand that it is possible for a Vibraplane to get almost into this same ball park.

Interesting thing; with the Minus-k in good adjustment, one only needs to touch the suspended platform lightly via finger tip to observe the springing mechanism oscillating the suspended platform, and everything on top of it, at around 1/2 hz. Additionally, I'm located on a rather springy suspended wood beam floor. Third story. I can also observe the platform go into oscillation as I walk normally around the turntable stand. So.....stomp on the floor. Bump against the supporting TT stand, and what's up on top of the Minus-k can only move at 1/2 hz vertical and 1/2 hz horizontal. And it seems that there is more horizontal motion at play here than there is in the vertical. But it appears to be a combination of all axes.

The audible results of using this platform beneath my TD124 are interesting. My general listening impressions indicate that all genre's of music, whether it be hard rock or a string quartet, are reproduced in an enhanced sharpness of articulation. This is not a huge difference. But one that is noticed. And now that I've had the use of the Minus-K for some period, it has become a difference that I value.

Anyone else fiddling around with isolation platforms capable of this level of isolation?

Widescreen Review just did a review of their smaller one and nothing but positive results.
Their quite expensive and on my wish list
It would be interesting to see how this works from the inside if someone has that info they could share. ( not asking you to tear it apart BTW )

AVWERK said:
Widescreen Review just did a review of their smaller one and nothing but positive results.
Their quite expensive and on my wish list
It would be interesting to see how this works from the inside if someone has that info they could share. ( not asking you to tear it apart BTW ) 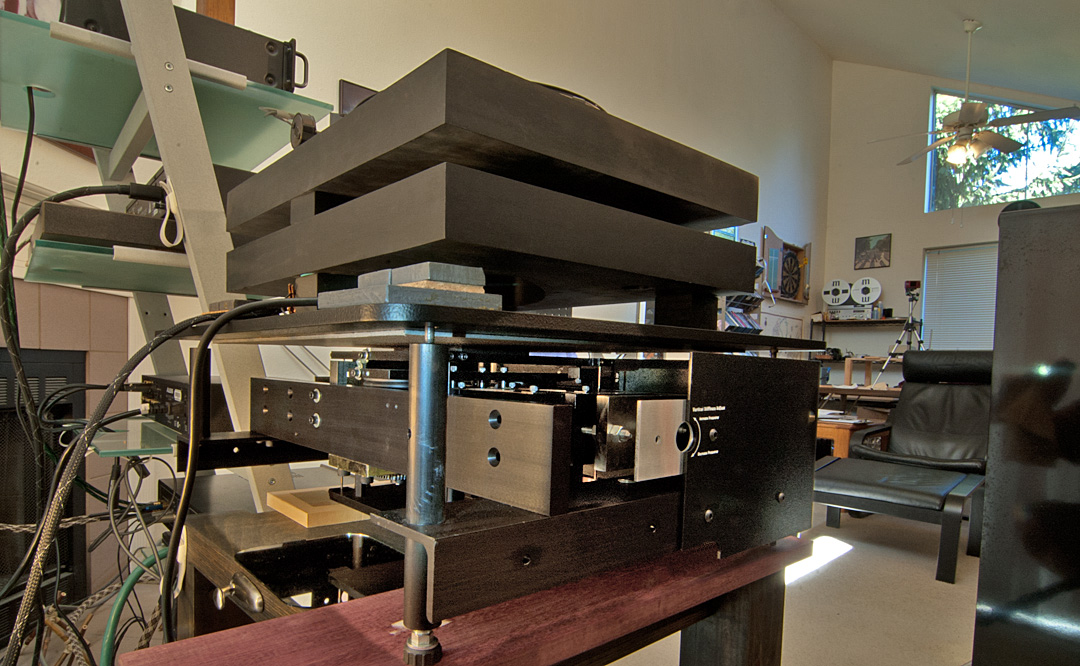 I was able to remove the back cover and take some photos. Not good photos. but probably just enough to make everybody ask for better photos. Access isn't good. 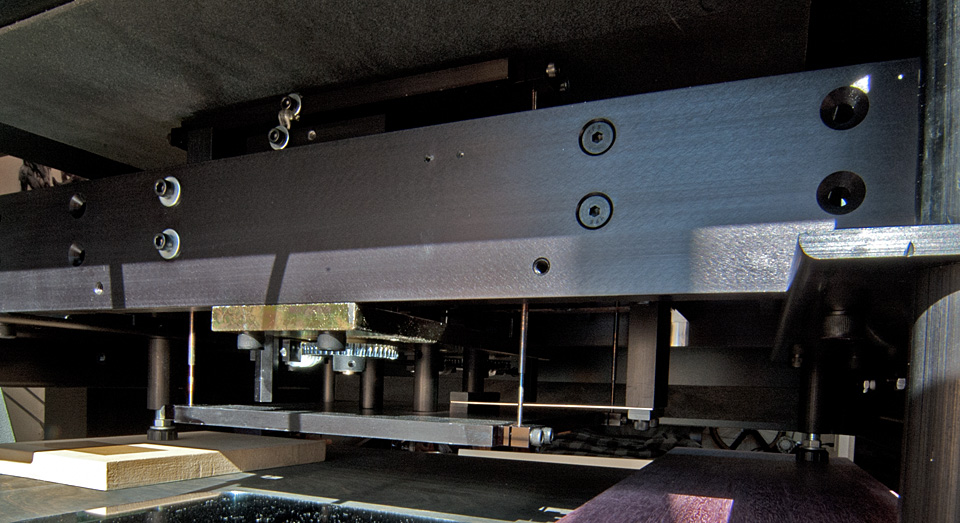 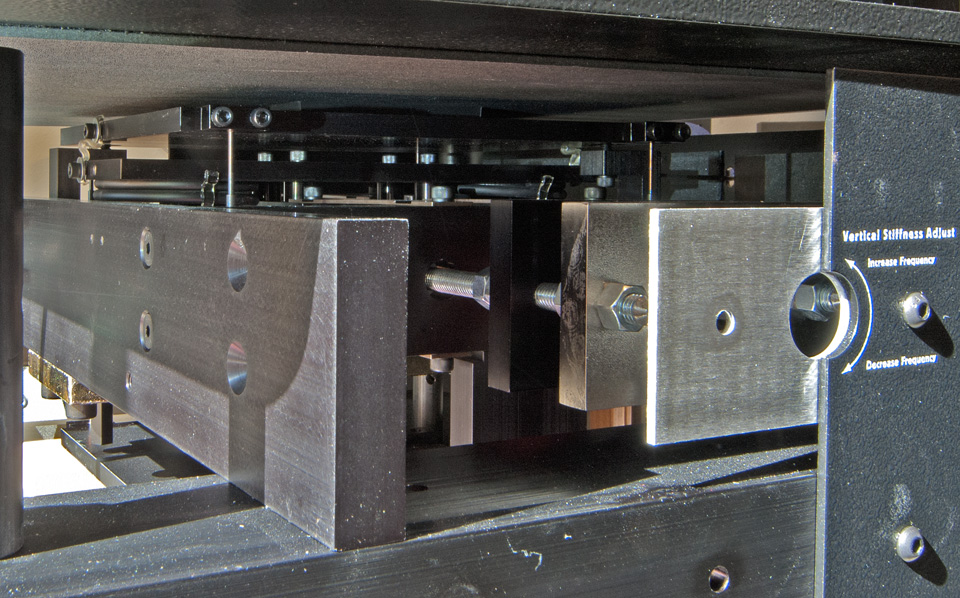 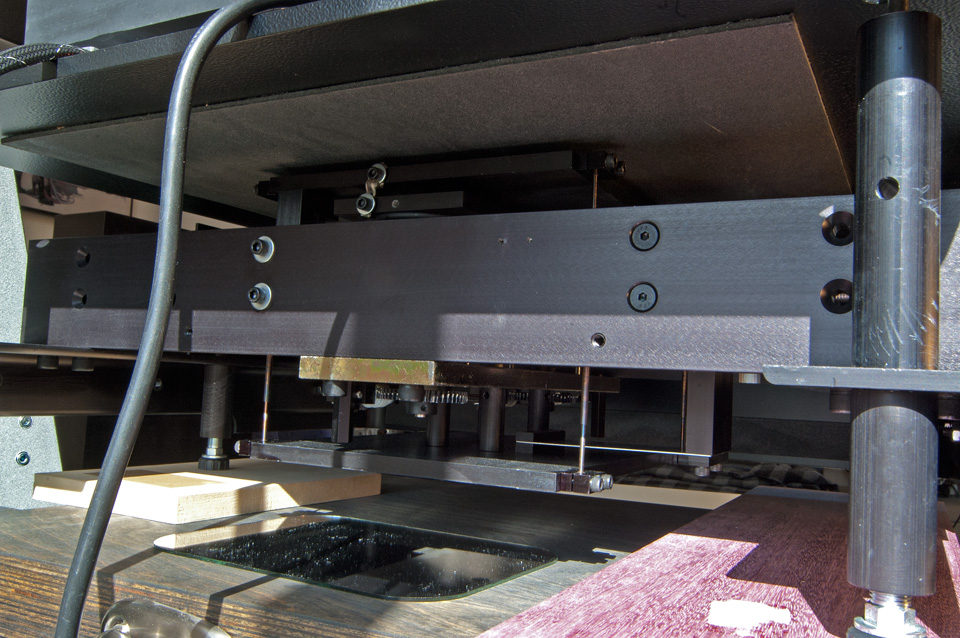 The movie below was made using my 5 yr old point-n-shoot camera. Quality is poor but the video does give some idea of how the platform suspension operates. If you have Windows media player or Apple i-tunes player, a simple double click should start the video for you.

I don't know how this got by me but thanks for the interior shot user510.
The active Herzan has some fascinating video of their isolation solutions at their site.

Not sure what the mechanical part does that is superior to a 6DOF (think they are...) professional pneumatic isolation system? They *are* used for real electron microscopes and optical benches.

The company TMC makes one of the better pneumatic designs, you can find the patent online, very clever.