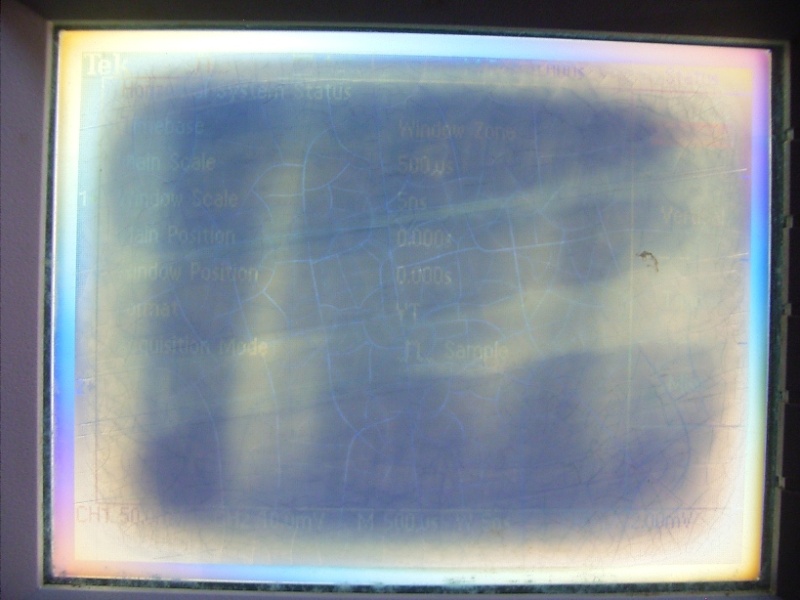 Did this happen to spend a number of years exposed to the sun?
•••
W

Wow that is strange!
Never seen a screen like that, ever!
•••
W Mine is much the same as yours...did you try peeling the plastic off? Anyone know if this would kill the panel or if its a sealed part and peeling off will render the lcd useless?
•••

That looks to me like one of two things.
1) The layers within the LCD have become delaminated which results in the liquid crystal leaking everywhere. This is commonly called the black dot or more often black hole (or sometimes black hole of death because it is signs of an impending irreversible failure of the panel). It often starts as a black dot (or more than one) which grows and grows. It's not common but not unheard of, especially in older LCD panels.
2)The screen was cracked. Whether its due to aging (if they used plastics) or mechanical stress (impact, torsion, etc) I can't say. I can say in the second image it looks cracked.
•••
Show hidden low quality content
You must log in or register to reply here.
Share:
Facebook Twitter Reddit Pinterest Tumblr WhatsApp Email Share Link
Top Bottom