Is anyone R-J-ing their hot FR?

seems like could at least be a fun experiment trying a temporary diffraction slot of cardboard placed in front of the driver. to get an idea of how it might sound and measure.

Typically the baffle was spaced on cleats about 3/4" to 1" from the slot.

JBL's slot would be one to try and at the bottom of the picture is one
to scale, print and cut for whatever size round speaker one wishes to use.
(the slot would have its long axis vertical)

The R-J when introduced was quite small compared to most other reflex boxes.

I have a 15" EV SP15 in an R-J and it sounded very good on Stanley Clarke's upright bass transients. (far better than an AN10 in reflex)

I remember finding a webpage that had some r-j experimenting with various full range drivers, mainly focusing on the diffraction aperture effects on mid/hi freqs.

Personally i am more interested in the effects in the bass range due to the unusual slot port.
•••

I had 4 18" reflex boxes vented like the R-J but not with the constricted opening. One pair was about 235 liter, the other ~170 liter, using two different spec Eminence 18 inch

Sound quality subjectively was quite good with the smaller box and lower mass/qt=0.25 18 inch speaker.

One thing interesting was a microphone could be placed in the slot and measure the summed vent + driver system output without room interactions or having to drag a cabinet outdoors for measurement.

That aperture came IIRC from an 18" R-J reflex featured in an early 1950's issue. That builder also used many de-Q-ing-holes drilled in the front and through the sub baffle. (both made of asbestos board !!)
of Audio Engineering 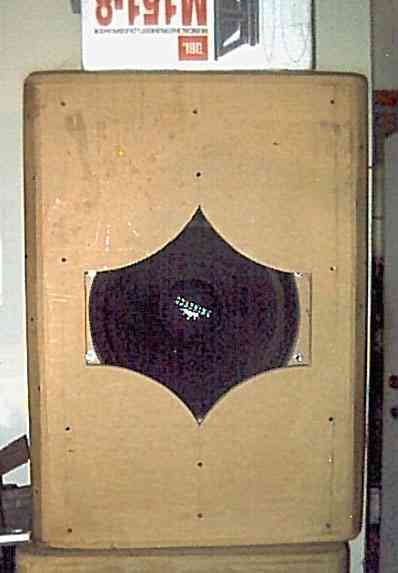 I have a rare "Slim-Line" R-J cabinet - but dropped a 12LTA, which knocked
the voice coil windings loose - when my health gets better, I'll try other 12s
in it.

The only real problem with the originals were use of 1/2" plywood and no bracing.
15mm Baltic birch plywood could be used if well braced. 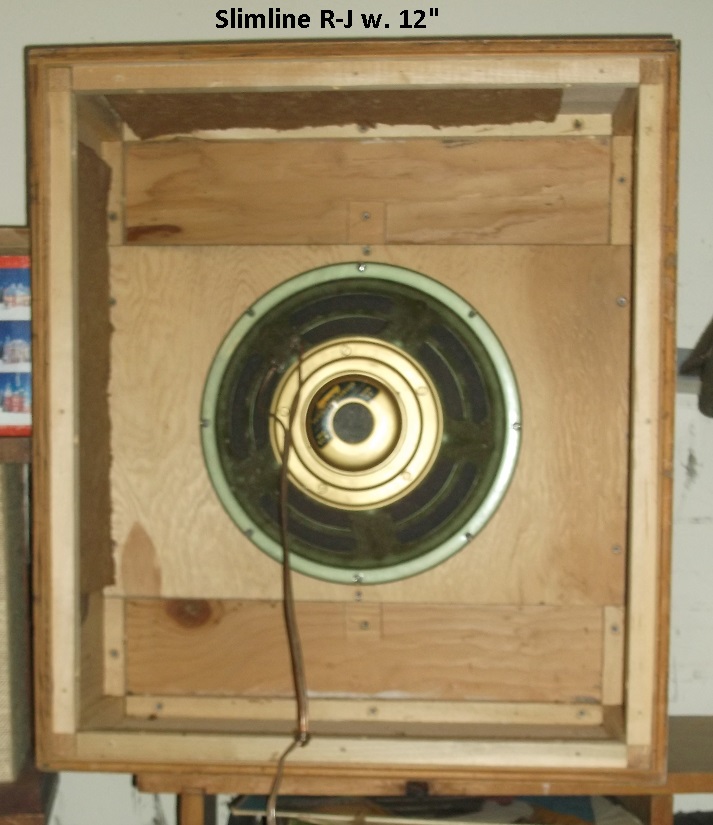 Hi Freddy,
I need to try this one day. I have an old Wharfedale (just one) - would that be era-appropriate? One can strap it across +ve and -ve of a BTL Class AB Chip amp get summed mono out of it I think.

Need to measure TS, and make an Akabak simulation, then optimize, then build. This is all foam core stuff I am sure.