For no reason other than insomnia, I put together a chart about the price of a range of "affordable" high end capacitors. I thought some one else might find this enjoyable, and maybe even useful. The choices were purely arbitrary, but I was focusing on foil caps, and the Duelund CAST I decided were just too ridiculously expensive to note here.

My sources were PartsExpress and PartsConnexion. Of course, if you know where to look some of these can be had at a discount. Some of them ARE at a discount, so I don't think the Duelund RS prices are going to stay this low forever. The Duelund PB Silvers are at a ridiculous discount as well.
Last edited: 2016-01-18 7:04 am
•••

Norway, -north of the moral circle..

Could you please define what makes a "High End Capacitor", except price and hearsay?
•••

AuroraB said:
Could you please define what makes a "High End Capacitor", except price and hearsay?
Click to expand...

As I said, it was completely arbitrary selection of data points which I thought some would find interesting.

For the sake of this graph, I'll define it as something as expensive or more expensive than a Mundorf Supreme. The question of what "high-end" means in any context is for another discussion I think.

Oh, no. I have a much better idea. Let me give you the data, and you can it.

eriksquires said:
Oh, no. I have a much better idea. Let me give you the data, and you can it.

infinia said:
id rather trim my toenails than gaze at boutique parts price lists.
"that's not my bag, baby"
Click to expand...

infinia said:
id rather trim my toenails than gaze at boutique parts price lists.
"that's not my bag, baby"
Click to expand...

Occasionally I'll open the email I get from partsconeXion. It's not that I dream of ever buying anything from the list, but I love to chuckle at the huge discount offered on the speaker terminals, which are marked all the way down to $500 a pair! Such a deal
•••

AuroraB said:
Could you please define what makes a "High End Capacitor", except price and hearsay?
Click to expand...

the science has been decided.

Call me old fashioned, but PIO is my idea of a high end cap and I'll accept the large size of industrial caps to keep prices in 'check': The "Sound" of Capacitors

infinia said:
MKP1848 yum
I reckon it just looks plain-n-boxy for most
Click to expand...

Tease, include a pic!

The day the socialist revolution comes money, gold and silver will be worthless. Fortunately for me I'm going to be sitting pretty with my cats, my guns and piles of film capacitors I'll trade for food, fuel and more guns.

I pity the rest of you.

eriksquires said:
Tease, include a pic!

how many caps come rated for peak current? its poop unless it has dV/dt numbers written down. (I=dV/dt*C)
•••
D

when you buy or build anything... use your Head.. Just because it cost more does not mean its better... and some of the things even if they are better are not worth what we have to pay for them...Unless you won the lotto and even then you still have to look at cost...somtimes the cost is not even in dollars.. its in stress.........
ya dont have to climb to the top.. but its nice if you can see the valley. !

it's wishful thinking, the best speaker designers don't buy into it either. maybe unless some of their dealers insist. you know the same dealers selling these tweaks for all their "upgrades". all aboard the bandwagon as they say.
•••

These aint pretty either but for $11 they sure sound great. 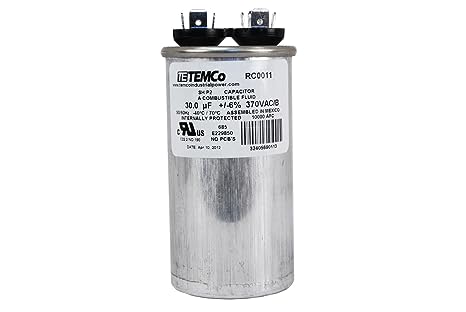 The whole speaker when playing room filling music is under 1 watt......

I had worked with a large service company and we serviced Sony tvs... Plasma,,, LCD,,, Led...

I was doing a repair at a Hi end electronics store....

The sales Man was selling some speaker wire for like 10 dollars a foot...
i was looking at this wire..??? hmmmmm ..Dont get me wrong I like nice things...

I was thinking.. whooooo.... i found some really great extension Cords at the goodwill for 1 dollar each and have been using them for 5 years.

Erik and I were doing some measurements of thin aluminium foils and solid silver and brass plates too, with nearby coils as it goes, but we did find that thicker metal had more effect on induced currents. And high conductance also mattered.

This was a surprise to me. So I am much more open to the idea that thicker foils in capacitors might be a good thing at some measureable level. As it goes I use industrial grade 4.7Uf/ 630V power capacitors, because I have loads. I have some much smaller 250V Solens.

FWIW, a lot of cheap film types have a layer of aluminium so thinly electro-deposited that it is transparent. The downside of high value boutique capacitors is that they are huge, of course.