I just recently acquired a Digi002r interface, for a very good price. However, it came from a professional studio, and thus was used quite alot. Also, it is a Rev.A, so it's old.

I bought it to have fun with it modding it "on the way", long term project, but now it seems that will happen sooner than expected...

I tested it, without interior inspection in the studio, and it worked, however, coming home and opening the thing up, I found the PSU looking like this: 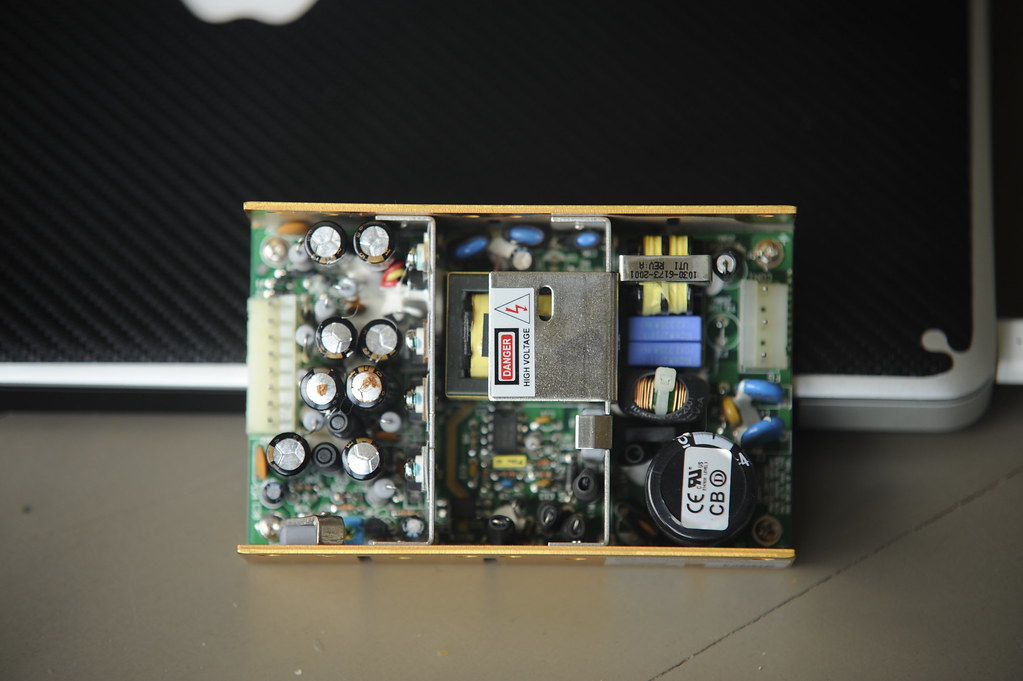 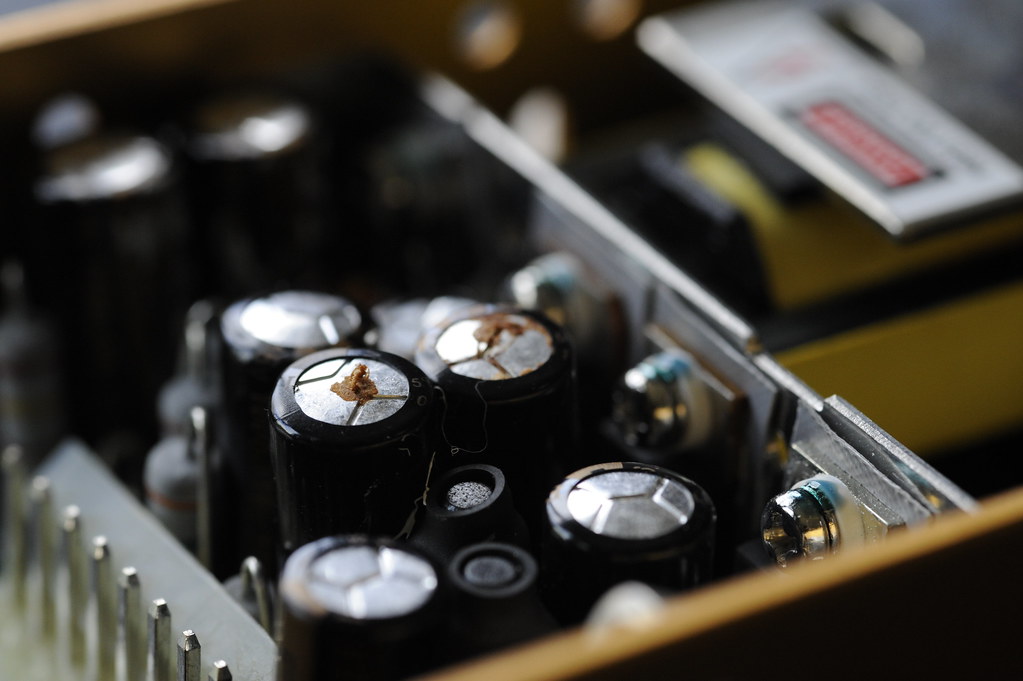 most of the caps are blown up slightly, ready to pop, and some of them already leaked a bit...
Additional misery: they've been so kind to use glue to keep the components in place (sometimes, very generous amounts), and it's a very stuffed PSU, so desoldering the caps will be hell.

Now, I read black lion audio mods these, but it wouldn't be any fun it I wouldn't try to do so myself. This is the old psu, later revisions got a newer PSU, as that was better, so I think it'd be best, and most challenging if I were to build an entirely new PSU.

How to get that current in a (linear) regulated power supply? I'd also like to up the analog stage voltage rail from +-12V to +-18V (and change the opamps, later on).

However, I don't understand why there is a 3A difference between the + and - 12V supply? would the positive rail be used for the +5 and +3,3V also? and if so, would it be better to build "separate" supplies for all of them? possibly cascading some reg's to improve performance?


Here's the datasheet of the current PSU

Any help, insight, similar experience, advice, ... will be greatly appreciated!

Would a LM138/338 circuit work fine? I have no experience yet with these regulators, but the appear to be "fine"...
maybe slightly overkill?

I don't know. BLA repaces it with a linear psu, and digidesign replaced this psu with an improved one in the next revision of this unit. Apparently there was a "problem" with the +5V supply, not being stable all the time, causing misbehaviour in the digital components...

anyhow, I will replace these caps, if, I get them out properly (darn hot melted glue...). and reinstate the original PSU.

basite said:
...BLA repaces it with a linear psu, and digidesign replaced this psu with an improved one in the next revision of this unit. Apparently there was a "problem" with the +5V supply, not being stable all the time, causing misbehaviour in the digital components...
Click to expand...

Don't get me wrong, a well made linear PSU will work fine as well, but there's a lot more regulator loss. A well made SMPS is just as good, if not better, than a linear psu.

I do think they released an "updated" version of this, just because they used inferior caps that tend to blow up in the long run. (But of course, they won't tell you that's the reason ) Maybe they adjusted the position a bit to get better thermal dissipation. But nonetheless, get some quality caps, and that thing will be rock stable.
•••
Show hidden low quality content
You must log in or register to reply here.
Share:
Facebook Twitter Reddit Pinterest Tumblr WhatsApp Email Share Link
Top Bottom