he Hashimoto H-507S is designed for single-ended applications that require 5K or 7K Ohms primary with up to 7 Watts output level into 4, 8, 16 Ohms. The H-507S is equipped with an Ultra-Linear (SG) tap (40%) for 5K or 7K Ohms primary, and its frequency response covers between 45Hz and 100,000Hz (+-3db). The H-507S is called a universal type because it can be used under 5K or 7K Ohms of primary through separate B+ terminals. Since the H-507S has separate B+ terminals, it also has independent Ultra-Linear taps for each primary impedance. The H-507S is suitable for single-ended applications that utilize popular vacuum tubes, such as 6V6, 6BQ5, 71A, 6F6, 7189A, and 6AC5. The H-507S is a little brother of Hashimoto's one of the best sellers, the H-20-7U, 20W SE Out Put Transformer. Although the output level of the H-507S is rated less than that of the H-20-7U, the H-507S has been one of the most poplar Hashimoto models due to its fantastic sound. If you would like to enjoy sensitive low powered SE sound through high efficiency full range speakers, the H-507S should be the one for you to pick up. 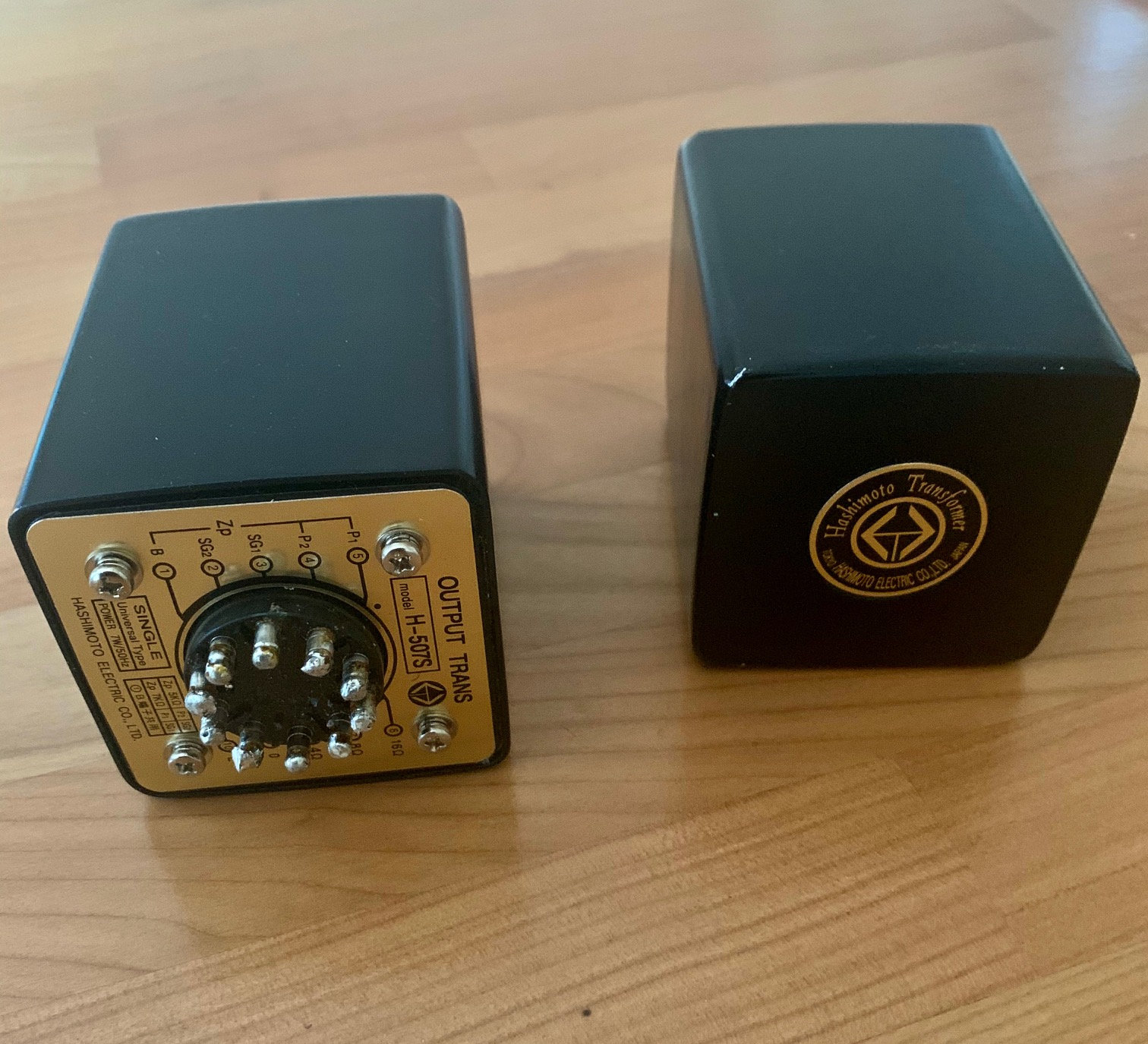 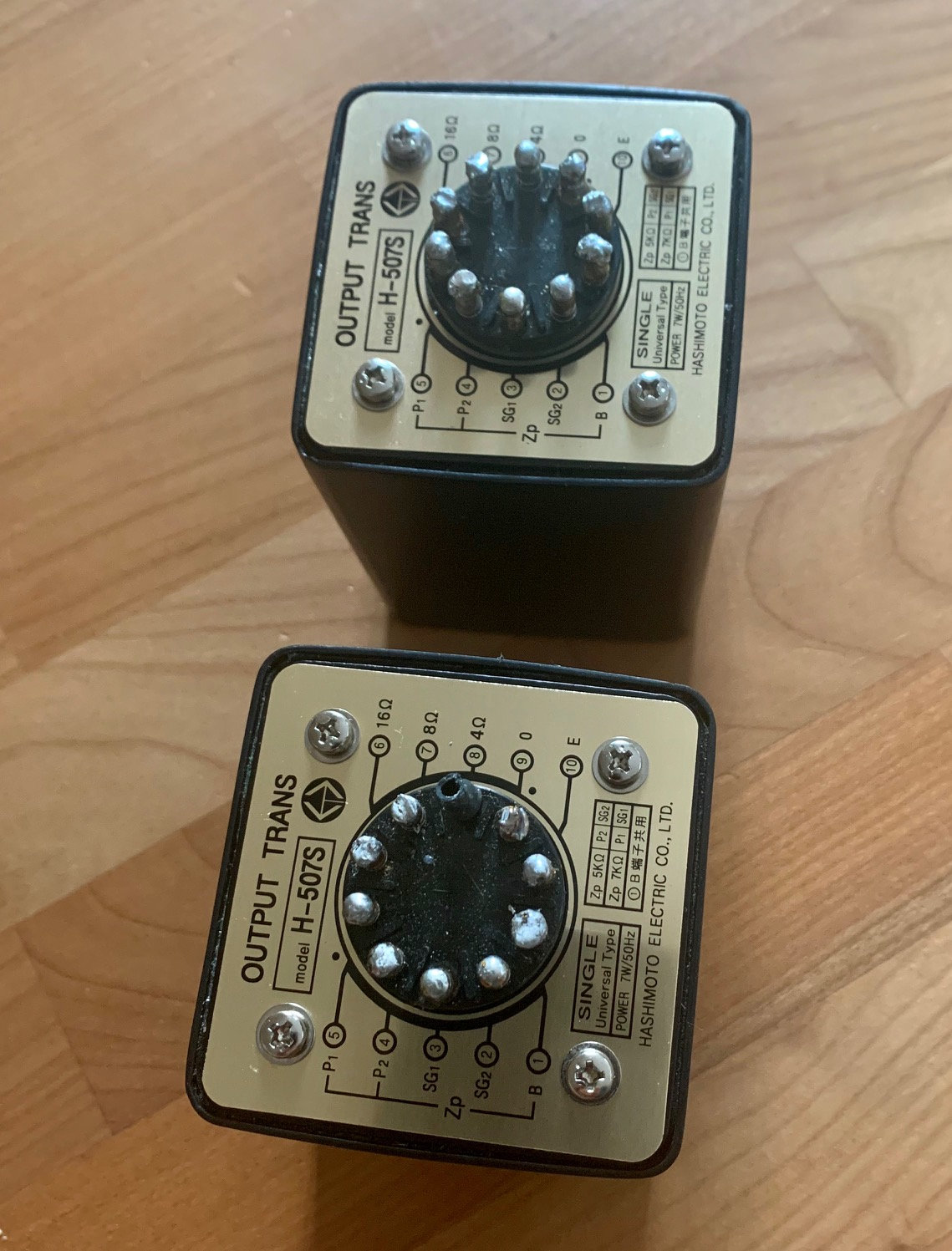 Hello. I am very interested in the OPT's. Would you ship to US?

Do you have these transformers?