I'm selling my trusty DLP projector that I bought new back in April '05. The projector is in mint shape! It is still running off of the original bulb. It has about 2700 hours on it, but it's still going strong and will probably last at least another 1000 hours. The image this projector produces is excellent. Colors are vivid and natural, skin tones are natural, blacks are black, and with a HD image, it is very sharp and crisp. Even SD DVD's look great!

The SP4800 was mounted behind me on the wall. The image was thrown 16' onto a 106" screen and I sit 13' away from the screen. Not once was there any hint of SCE or even rainbow effect for that matter. This has been a flawless machine and I will actually hate to see it go because I know that it will never let me down.

Anyway, here's a link to the specs...


Naturally, it comes with everything as I bought it. And as a bonus, it also comes with the ceiling mount that I bought extra for it. It's got the whole batch of cables and adapters so you can connect it to just about any source, including a computer's video output. It also comes with the remote and carrying bag. The only thing that isn't included is the owners manual. I looked high and low for it that past two days and can't find it anywhere. However, this projector is so easy to use, you won't even need the manual. The menu system is very well thought out and self explanatory.

I have seen a few of these sell for more than $600 in the last couple of weeks that weren't in nearly as good of shape and with several cables missing, one even without the remote!

So with that in mind, I am letting this one go for $500 plus shipping to anywhere in the CONUS. I use either USPS or FedEx Ground, whichever one is cheaper and I only charge actual shipping fees. As fas as payment, I only except PayPal. I have excellent feedback on eBay so I can definately be trusted.

And now for some pictures of the projector that I jsut took today before packing it up in it's carrying case. 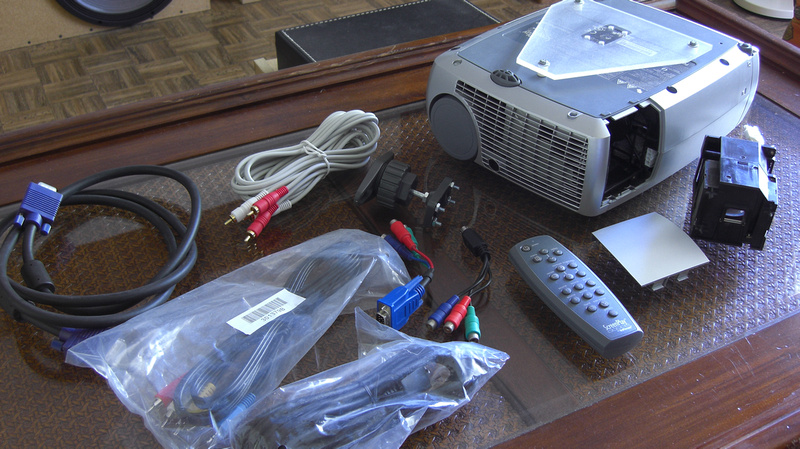 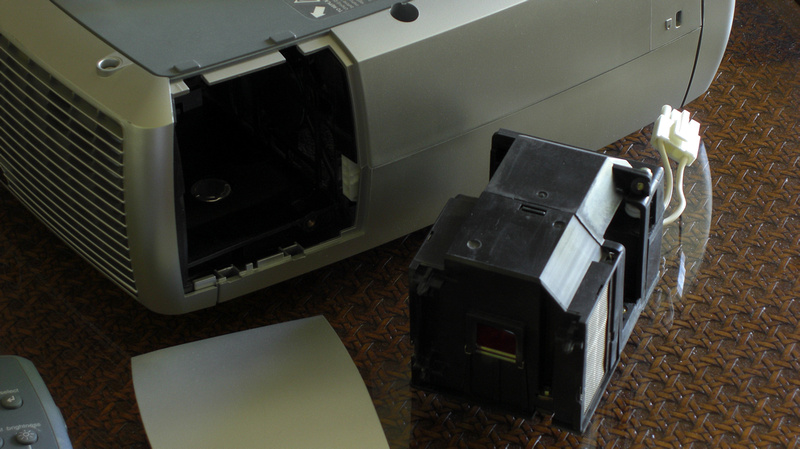 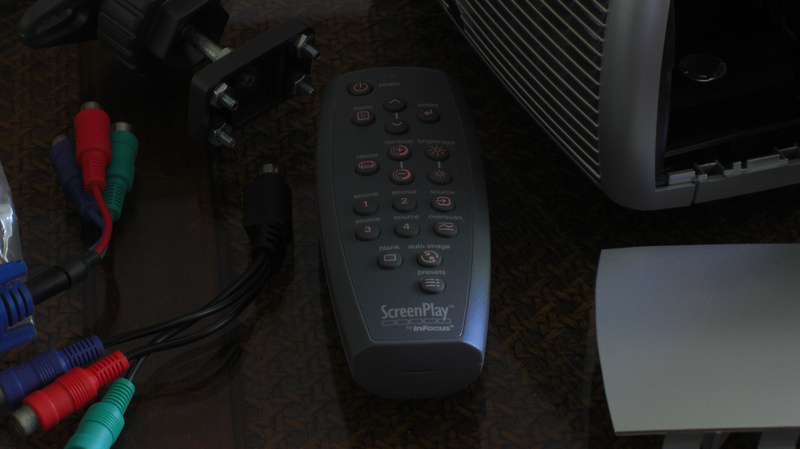 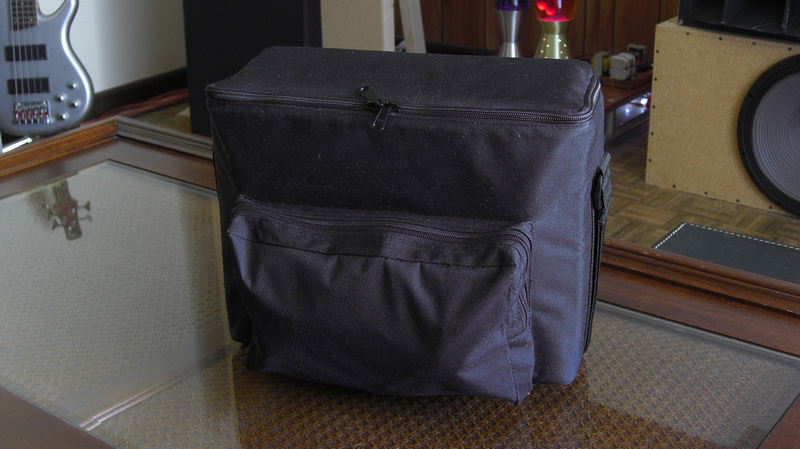 Here's a pic of it when it was still in use as well as a couple of screen shots. Please keep in mind that these screen shots do not do this projector any justice, but just an idea. The camera was set on spot metering instead of matrix metering, so the images came out a bit underexposed... 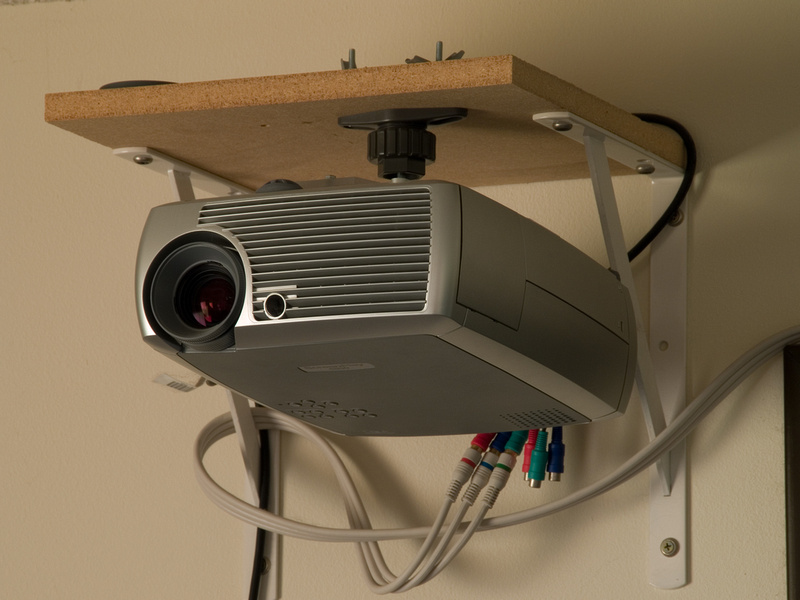 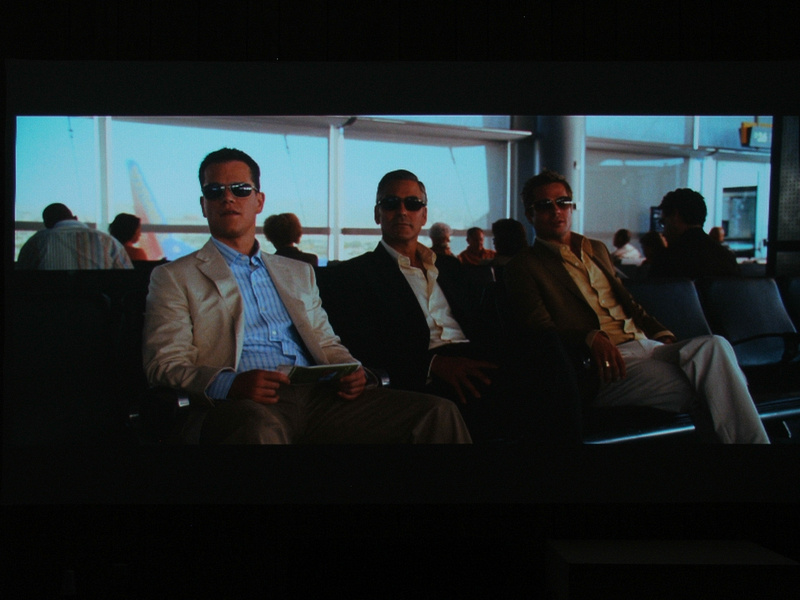 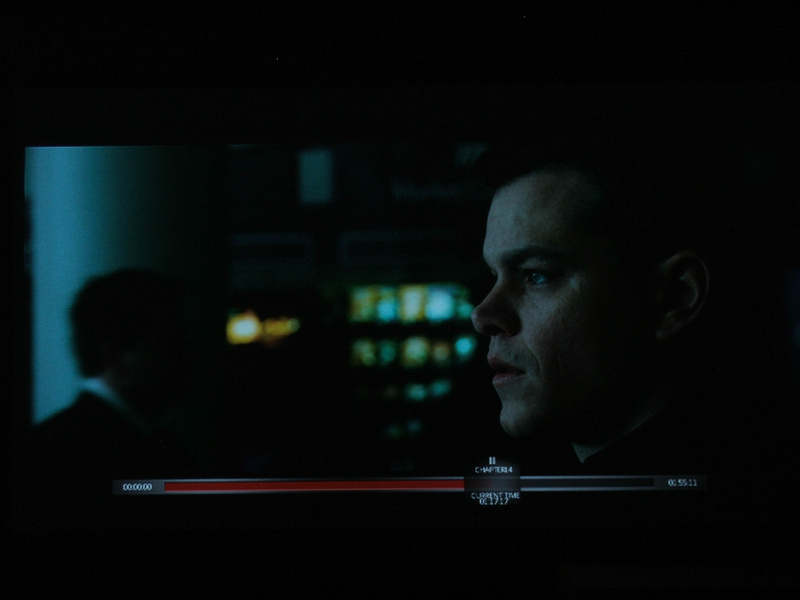 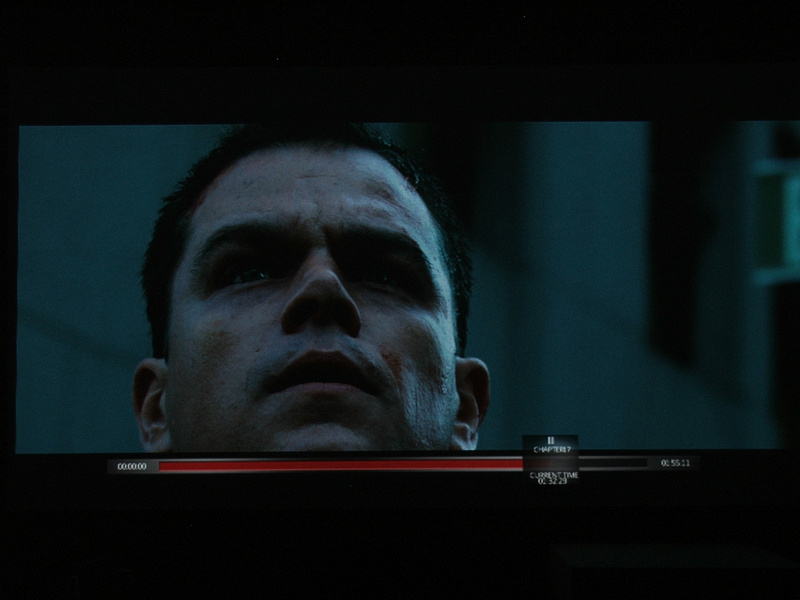 would you consider shipping to australia? Im in the market for a projector and scouting out a few sources.
•••

It has about 2700 hours on it, but it's still going strong and will probably last at least another 1000 hours
Click to expand...

I don't remember if that projector has a bulb replacement light on it or not. Usually you get about 50 hours after the replace bulb light comes on. You have about 200 max hours left on the bulb now before it explodes if you are lucky.
•••


I don't remember if that projector has a bulb replacement light on it or not. Usually you get about 50 hours after the replace bulb light comes on. You have about 200 max hours left on the bulb now before it explodes if you are lucky.
Click to expand...

Yes, it does have a replacement light on it.

Please do not polute my thread with such nonsense.
•••
B

Yes, it does have a replacement light on it.

My dear friend... I have used these projectors in a number of commercial applications and have documented the lamp life and none have gone over 2700-3000 hours. I kept records because the company I work for has a 1 year warranty on all installs.


Yes, I have three cases where the bulbs were indeed run until they blew. Blown bulb meaning the bulb literaly came apart and spewed glass pieces inside the projector. I personally cleaned out two of the three projectors myself.

So, as far as the myth is concerned it is fact.

Please do not polute my thread with such nonsense.
Click to expand...

I'm not trying to put any fuel on the fire here (so to speak), but I have personally had a bulb explode on me before. It however was no where near the end of it's life. It happened when the projector was turned off while hot and then back on right away. It was an older projector and there was no safety feature to keep the igniter from firing when it was hot.

BTW, the rating of bulbs are usually no where near accurate. You could have a bulb last 1000hrs past its rated life, or have it die 1000hrs early.
•••

Just drop it already, the both of you!

Like I said, I've NEVER seen a bulb explode, and I've been dealing with projectors since '96, back in the day where the smallest home projector was about the size of a Yugo and weighed just about as much.

AND, I have already stated in the original post the amount of hours on the bulb, so the next person to own the projector will already know that a new bulb will have to be purchased rather soon.

Now remember, this is a FOR SALE thread for selling, not for discussion, and certainly not to pick apart my items and chase off potential buyers!
•••
B

Just drop it already, the both of you!
Click to expand...

I highly suggest that you use ebay as a medium in which to pedal your numerous items you would like to sell if you don't want the truth to come out.

A potential buyer from this board needs to know the true idea of how many hours the bulb is good for instead of finding out shortly after purchasing it. Secondly, I do have the right to post until the mods go about banning me.

Ace, my experience dealing with projectors tops yours. Typically I replace about 3 or 4 bulbs minimum per month. I have seen mouths drop when bulbs have gone out before the projected time. The customers really weren't ready for a $500-550 bulb replacement cost (retail price). I used to use Infocus projectors in everything from board rooms to bars. In the bar setup I installed the projectors inside hush boxes to make sure the projectors had clean filtered air. We finally switched to a less maintenance prone projector.

Yes, bulbs do bust. Bust is probably a better term to use instead of the word explode. At any rated pieces of glass from the bulb are forced into various parts of the projector with a possibility of causing more damage. I have records of this in projectors from Sharp, to Infocus, to Mits and the list goes on.
•••

Chops, I removed your last post for obvious reasons.

You do not have the right to order persons around on this forum.

No one insinuated you were a liar.

You have many items for sale here that you obviously feel are more important than other persons items as you continue to bump to get ahead in the line. Many find that annoying including me.

If you feel you are being treated unjustly, take your wares elsewhere.
•••

Yeah, I was expecting the typical "stab-in-the-throat" to come sooner or later. It is simply amazing how the accused can never defend themselves.

No, I honestly DON'T know why my last post was deleted. Maybe because the accused aren't allowed to defend themselves but are allowed for others to tell the accused that they are wrong and don't know anything, or are told what experiences they have by someone that doesn't know squat about them?!?! Yeah, that soudns right to me!

Well you know, if the FS threads are left open to post in, then I'm going to bump them when they get pushed a couple pages back. If you don't want people doing that, then you should do what other forums do and only allow the thread to be created and not be posted on again. The the mods do their job and deit them as "SOLD" when the seller sells the items. It's a very simple and effective concept.

Whatever. All of you bore me. It looks like it's about time for me to take another year and a half leave of this place.

Good riddance, lamps explode, his projector will die soon, and most parts are not available for purchase. not a good situation to be in, even for only $400.


frep420 said:
Good riddance, lamps explode, his projector will die soon, and most parts are not available for purchase. not a good situation to be in, even for only $400.

Your comments were insulting to the providers and moderators of this forum. This forum is a very valuable resource to me and the fact that it is available at no (forced) cost to me is wonderful. Please reconsider your comments and your attitude about this situation. The culture of this forum is to allow people to post comments inside of other people's FS threads. At the worst all you've lost here is a potential avenue to sell an item. There are other free forums that you could also post your item to as well as many paid on-line services. Again, this forum is provided to you as a gift. The reasonable, respectable, and logical response to receiving a gift is to show gratitude and respect. In light of this I think it is also reasonable for you to apologize for your comments. This isn't about "winning" the argument or "losing" this argument, it's about behaving in a reasonable manner.
•••

You won't find me apologizing for anything, especially to the people on here. Nope, no reason to.

I thought he was gone. This projector just stopped being supported by the manufacturer. Parts are no longer available for this model, the only way to fix it is to try to repair the boards with no schematics. The projector may have a 4000 hour lamp life, but this is very rare to occur, it also depends on how old the lamp is. Lamps do have a shelf life even when not being used, they age. The price is fair, but it is a risk someone should be informed about. Especially newbies.
•••
Show hidden low quality content
You must log in or register to reply here.
Share:
Facebook Twitter Reddit Pinterest Tumblr WhatsApp Email Share Link
Top Bottom