I have recently acquired a pair of MKI Celestion Ditton 44 speakers that are in need some TLC. I've seen a lot of threads on here about these speakers so I thought I'd start one and hopefully get some advice as I will be pulling them apart to refurbish.

The 44's are showing their age, the cabinets have a few scuffs and deep scratches but it's nothing major. I need a closer look at the speakers but they sound okay so I'm hoping I can get away with a gently clean and that nothing more intensive is needed. I'm not interested in swapping any speakers to more modern units. I only want to concentrate on the crossover, wiring and binding posts.

Google images has a whole host of 44 crossovers fitted with different components from the factory and there appear to be a lot of options when it comes to recapping for better sound but no common denominator.

I would like to know what options are available for recapping that will allow me to remain faithful to the original warm sound. Ideally using higher end components whilst keeping the values as close to original as possible.

Well, I'd suggest that if Google has lots of images, you post some, preferably with a schematic, since not everybody has the time (or inclination) to go searching.

Assuming the filter isn't modified, then the inductors should be fine providing no signs of melting / burning. Ditto the resistors. If you've got bipolar electrolytics in there, then replace with new bipolar electrolytics as time will likely have taken its toll and they'll have drifted. Film caps are theoretically prefereable, but if the crossover was designed for bipolars, their ESR will likely have been factored into the crossover transfer functions which will be thrown off if film caps are substituted, unless you add some additional series R to compensate.
•••

A quick search digs up a wealth of Celestion Ditton 44 threads here: Those are sitting not 5 yards from me... 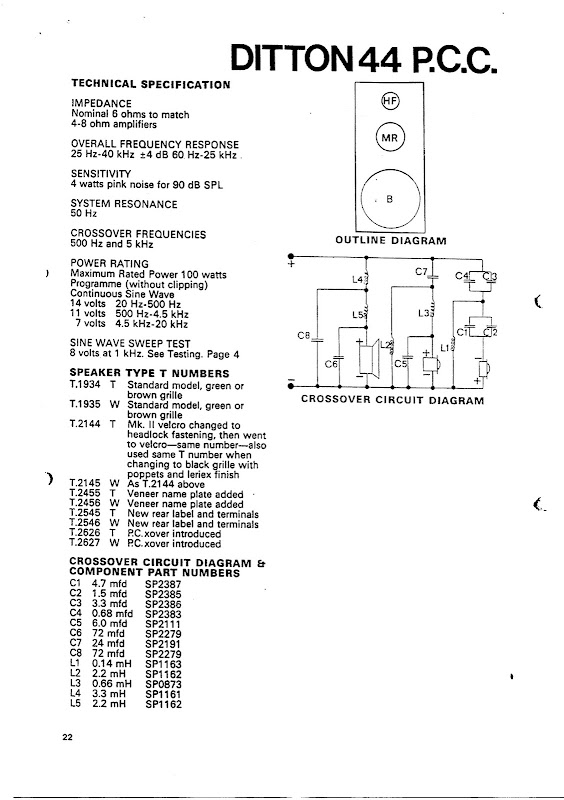 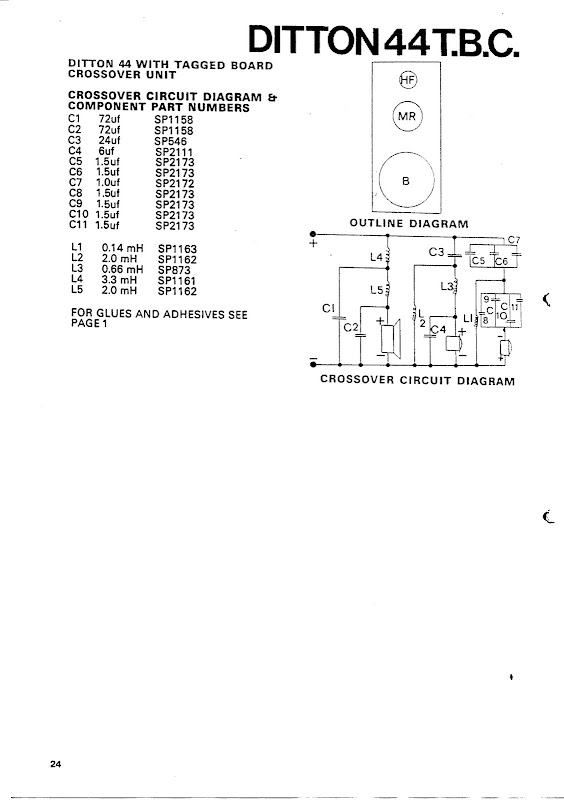 How a three way works: