I've been looking for the schematics to the Creek CAS 4140 but have been unable to find them. It's not an S2, but a regular 4140.
I've read other threads here stating that the 4140 is "the same" as the 4040 but my starting point for the repair is the PSU.
As seen on the photo below, it contains 8 diodes, as if there's one power supply per channel or something. 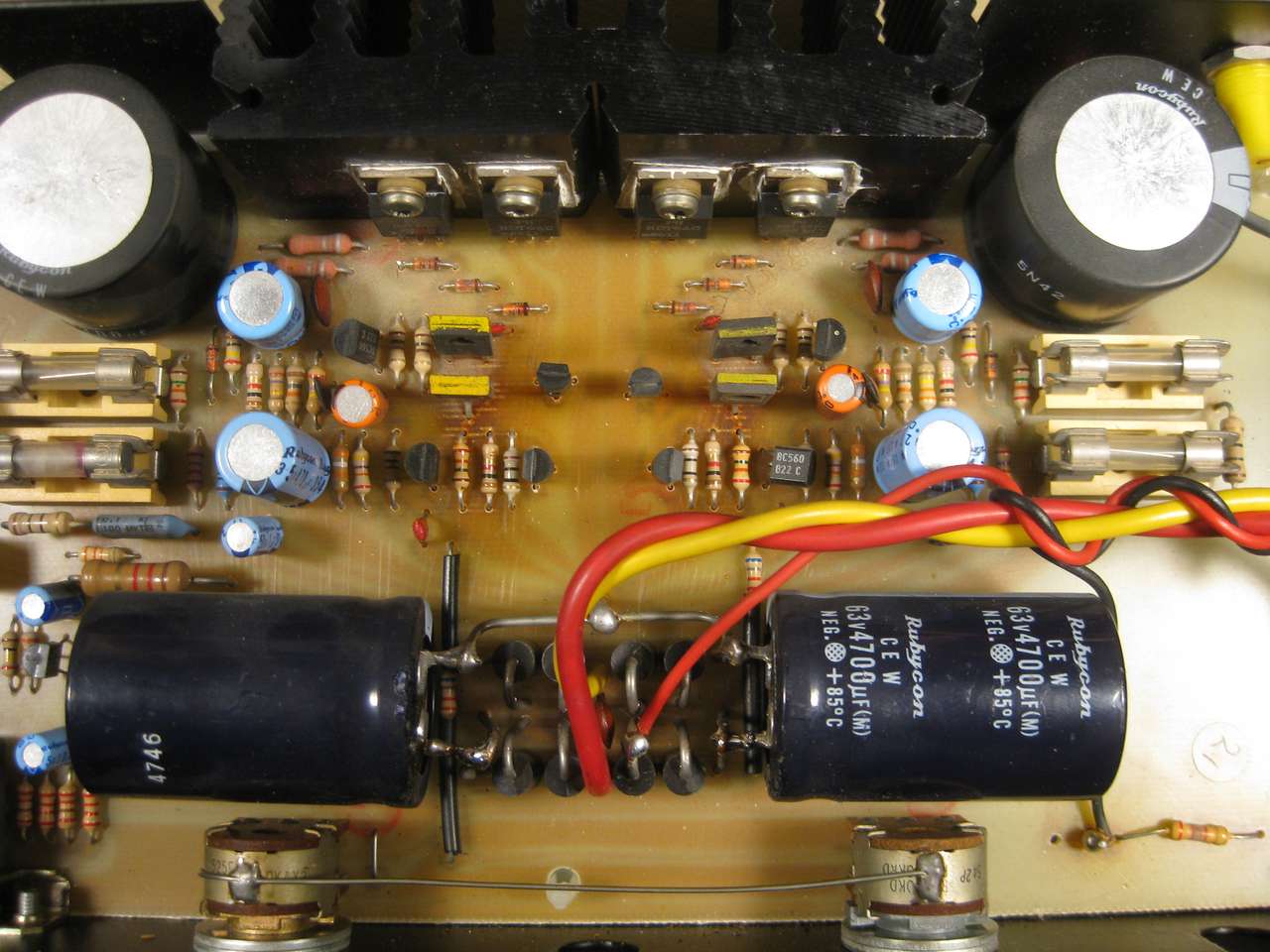 All the photos and schematics I've found only have one rectifier bridge so I am assuming none of them are correct for the model I have.

If anybody's curious, the customer reported loud mains hum suddenly appearing on the outputs. I didn't start it myself but saw the PSU filter caps (4700uF) were bulging slightly so I desoldered them and tried measuring them with an ESR meter, but it didn't register anything, as if they're open circuit, both of them, which I find weird. So I'm assuming the caps have failed, but since BOTH have failed at seemingly the exact same time I'm wondering if something else has overheated, cooking the caps dry (the area above the caps halfway to the heatsink looks slightly scorched). That's why I'd like the schematic.

Does anybody have the 4140 schematics, with two diode bridges in the PSU please?
•••
S

I've emailed Creek but have gotten no response yet (it was only yesterday).

I'd like an opinion from you. Though I've already got my own, I'd like to see if this is something anyone has reflected over before.

Note the mains transformer and the 44VAC written. Following that is the usual full-wave rectifier bridge and main filter cap, a 4700uF/63V.
Then above the fuse, the voltage coming from the filter caps is noted as 62V.
Follow that trace to the top right to the FS2 fuse. Directly after it is another smaller filter cap 47uF/63V.

Does anybody but me think it's a bit bold to expect 62V DC straight from the transformer and rectifier, and then put filter caps rated at 63V DC in there (and put some nice heating power transistors next to them and seal them in a closed chassis?)
•••
Show hidden low quality content
You must log in or register to reply here.
Share:
Facebook Twitter Reddit Pinterest Tumblr WhatsApp Email Share Link
Top Bottom