Here's a new Unity horn project I've been working on. This project is designed to improve on some challenges that I had with my last two projects. (see 1,2)

As I see it, the ideal loudspeaker would play from 20hz to 20khz, from a single point in space, with unlimited SPL.

We want the sound to radiate from a single point in space, because that will yield three improvements:

2) Having the sound radiate from a single point in space improves the intelligibility. For instance, in a conventional loudspeaker, the midrange is radiated from two points in space: the tweeter and the woofer. Because the sound in a conventional speaker radiates from a woofer and a tweeter, this makes it more difficult to understand what people are saying. (intelligibility.) This is one of the reasons that full-range speakers sound so great in the midrange.

3) Having all of the sound radiate from a single point in space, in-phase, improves the imaging.

These three principals are a big part of the "why and how" of my speaker designs, and this project is intended to improve on this foundation. Here's some sims of the new waveguide.

There's a few improvements at work here, compared to my last two projects (1,2)

The "Unitized Image Control Waveguide" project was designed to cram a three way Unity horn into a reasonably sized package. In a nutshell, the idea was to create something similar to Danley's Lambda Unity Horn, or Waslo's Cosynes and Small Syns, but in the smallest footprint possible. My reference speakers at this time are Waslo Cosynes.

The UICW worked pretty well but I didn't like how the enclosure looked, and I thought it might be possible to simplify the thing. Basically create something that performed as well, was easier to build and cost less.

That led to the Metlako project, which wound up being something like seven different speakers. The idea with Metlako was a Unity horn with comparable bandwidth to the Lambda Unity Horn or Waslo's Small Syns, but using 3-5 drivers instead of five or six. Basically extending the bandwith of the midranges, so that dedicated midbasses aren't required.

That worked pretty darn well, particularly the later ones. I tried using a cylinder for an enclosure, but it was difficult to get the waveguide to fit straight.

Due to my challenges making a box that fits in a corner, I took a different approach, which is to make a waveguide that's aimed off-axis. Basically you can put the waveguide in a conventional box, and it will be cross-fired, because the waveguide itself is cross fired. Here's a cutaway of the new horn. As you can see, it's aimed OFF axis.

The woofers are MCM 55-1870, same as Metlako. I moved the mids to the top and the bottom, because that improves the horizontal polars.

One *significant* improvement, is that Celilo uses a 16mm throat, instead of a 25.4mm throat. The use of a smaller throat improves the high frequency polar response.

Celilo is designed to improve on Metlako and UICW. All three speakers are designed to deliver excellent imaging and intelligibility, at an affordable cost.

The minimal surface disruption is certainly a nice feature!
•••
P

Nice, as always I yet have to finish my clone of UICW, for simplicity, it will be just placed on topof a 15" woofer. The crossovers are home. I think, before I finish these, there are a few more magnificent waveguides to come from you A 3D printer is my no1 Christmas wish
•••

Your designs are starting to look more commercially acceptable. Time to upgrade your printer(s) and open up a webstore!
•••

Martin King wrote the best description of the idea, but I can't seem to find his quote at the moment.

In a nutshell, here's how this works:

If you "mask off" some of the horn mouth, it does a couple of things:

1) it lowers the resonant frequency

2) it lowers the efficiency

You can get quite extreme with this. For instance, you can mask off as much as 50% or even 75% of the mouth of the transmission line or horn.

Or it might screw up the entire design! Who knows lol

I can't wait to see these built and some measures. I'd forgotten how impressive your SAW lens polars were- beast mode.
•••

Nice. I like the idea of the parallel-with-the-baffle midrange ports in a line. That should keep them distributed to minimize the summed diffractions effect. I tried a line sort of like that, but going out from throat to mouth, that gave weird effect (I don't remember what, but it wasn't pretty). Let us know when you have some measurements.
•••

I'd be tempted to have the mid port holes equidistant from the HF driver to keep the response across the pattern consistent.
•••

Patrick Bateman said:
It shouldn't have a huge impact on the response of the mids, but it WILL reduce the effect of the midrange taps on the tweeter.

Or it might screw up the entire design! Who knows lol

If it doesn't work I'll just make a new one
Click to expand...

That's what I thought, seems intuitively correct to me! It would be interesting though to complete the experiment with typical midrange taps with the same surface area.
•••
S

I've been following along Synergy inspired builds for the last few years but haven't managed to contribute much in the way of experiments for a long time. But I'm looking to get back in the game and actually finish some horns.

I've also been toying with the idea of running them off axis, but I was intending to try this in the vertical. I have some 15 inch paper mache oblate spheroid horns that I'm thinking of running in the corner aimed slightly up, in order to aim the anomalous on-axis towards the back corner of the room.

The other approach that I've experimented with a little is triangular horns - the corner of a box. This of course packs very well in a corner. If you are careful to consider the acoustic mirrors from the boundary then I think it should be possible to design such a MEH to behave nicely. Probably need a very small tweeter or else absorption on the boundary walls.


Have you considered these approaches?
•••

The waveguide reminds of the EV Vari Intense.

"Here's some sims of the new waveguide." - Could not see this or did I miss something?

Should'nt the midrange ports be equidistant from the throat, hence in an arc? They seem to be in a straight line in the images
•••
H

I agree with others that this is looking much closer to a commercial possibility. I had not seen the design by Bwaslo, so looked at that project, which in itself is quite interesting.

In these threads, it is great to see people give credit to Tom Danley, and to express appreciation for the fact that he allows DIY'ers to build one for themselves. There is always a mention of the fact that he focuses on the pro market, and that his products are expensive. I'd like to know what "expensive" is. There is a huge amount of work going into these projects, and time does have value.

It would be nice to see this move forward, and become a viable product to sell on the site, perhaps with a royalty to Mr. Danley.

Ro808: I had not seen that EV Vari Intense before, but JBL marketed a very similar product I've seen in churches, mounted on the ceiling of course. I'm still upset I didn't buy a mint condition pair down in Missouri about 10 years ago for $200.
•••

Those were likely JBL 4660s featuring Keele's Defined-Coverage Horn, which was also used in the Everest DD55000. 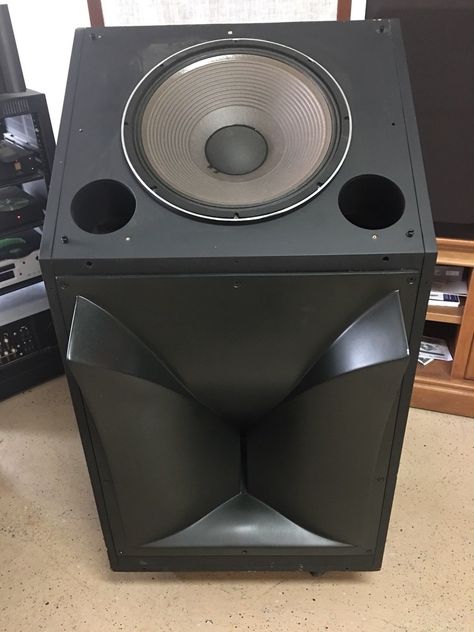 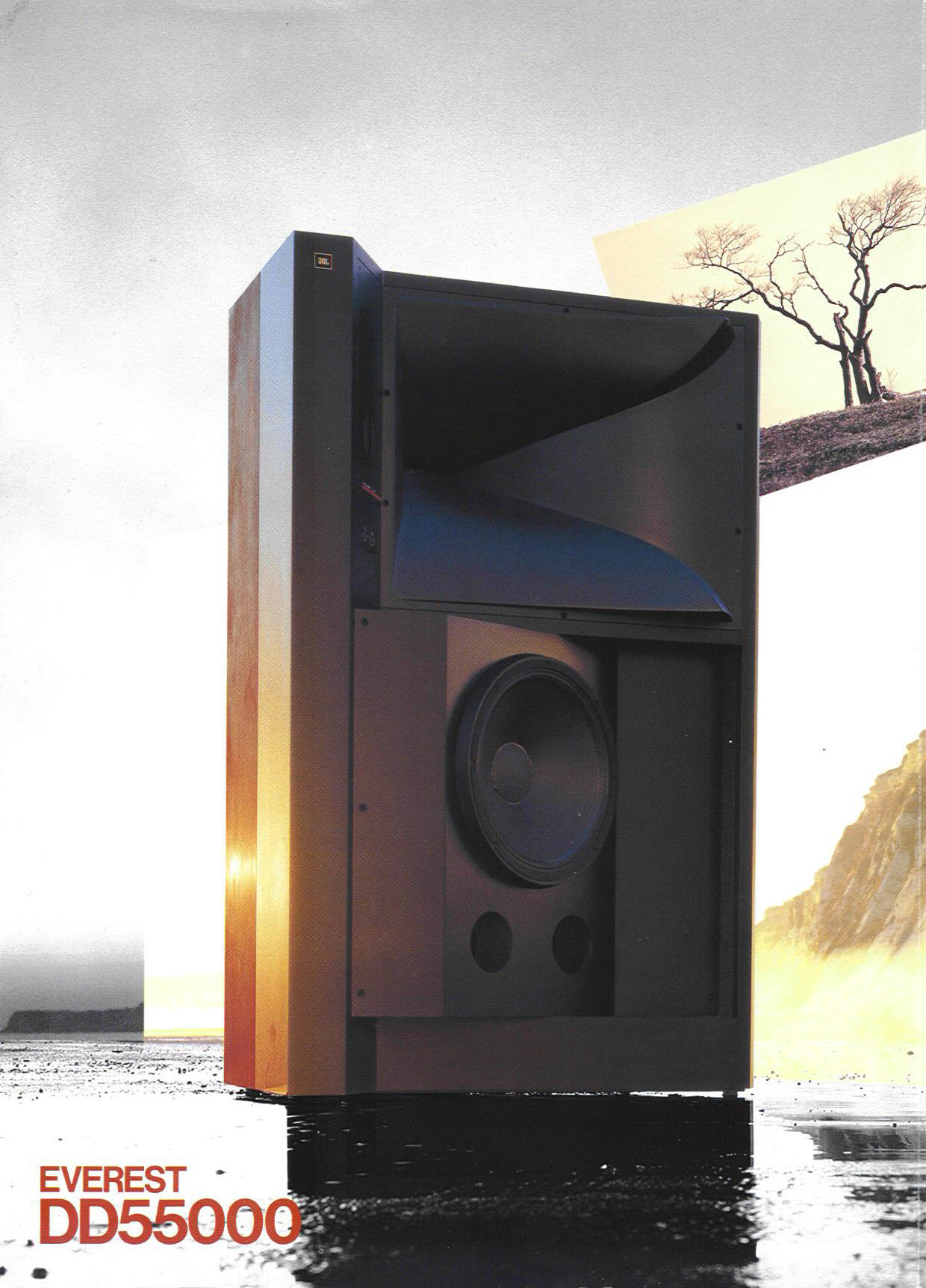 wonderfulaudio said:
Should'nt the midrange ports be equidistant from the throat, hence in an arc? They seem to be in a straight line in the images
Click to expand...

The crossover frequency will be around 1500Hz

Therefore, curving the midrange taps won't make much of a difference.

IE, if I put them in an arc where the center was an inch forward of the edge, it doesn't matter, because one inch is a small fraction of nine inches.

homebuilder said:
It would be nice to see this move forward, and become a viable product to sell on the site, perhaps with a royalty to Mr. Danley.
Click to expand...

The Unity horn patent has expired.

3) making anything that competes in the same space

For instance, I've received numerous emails where people have asked me to make a Unity horn with high output, but I've never done that because I dont want to give people a blueprint for something competitive with an SH-50.

I reverse engineered the Matterhorn, but I figured nobody would clone that, it's just too crazy I dont' see any scenario where you'll see a Matterhorn on aliexpress.com, but I *do* avoid making anything like an SH-50.
•••

Ro808 said:
The waveguide reminds of the EV Vari Intense.

The EV horn works on the same idea. If you rotated my horn by 90 degrees, it would throw more energy to the BACK of the room than the FRONT of the room. Patrick: Thank you for the info. I wasn't suggesting you were trying to use Danleys patent, by the way. But, I wasn't aware of the info you just posted, so thank you for that.

So, do you intend to move forward with this for anything beyond personal use? It is a very interesting idea.

And, the JBL the other gentleman posted pictures of were indeed the ones I saw for $200 per pair. Now I'm really feeling bad about that again......