are there any plans out there for FAST / WAW / Acoustic Suspension / Sealed Bookshelf Speakers?

in regards to FAST / WAW, I have an idea bouncing around in my head for adding a passive radiator to them or a couple smaller SA subwoofers for a 2.2 setup at my office desk.

I don't have any real ideas on what I would use for an amplifier...though there are a couple of affordable DiY kits by Decaware that have caught my eye. I also don't have any driver selected, but I expect if there is a suitable plan out there it will direct me with what I should use.

if the music these will play will help with suggestions, my tastes are quite eclectic but for the last couple of years I've had a steep leaning towards orchestral and instrumental with a preference for the strings.

I've been reluctant to play with the speaker calculators as I have dyscalculia / dyslexia and a very bad memory due to a TBI (which is why you'll find me to be quite eccentric or oddball) I survived 24 years ago.

what say have you? also, many thanks in advance for the patience and long-suffering you may find the need to exercise due to my inferred peculiarities.
•••

I’m sure we can help with a design.

Joined 2014
I did one with a Mark Audio Alpair 10.3 and a Scanspeak 26W8534G00, but only have incomplete drawings, and the crossover is again in review (and could become dsp).

I drove this system with all kind of amps and the best result i got with a push pull tube amp (Prima Luna Prologue 4 with stock EL34's) on top and a class D (Purifi based DIY amp) on the woofer with a dsp (minidsp flex) as crossover. The class D amp and the dsp is not mine, but even with a passive crossover (that is not fully perfect yet) and only the tube amp driving it, it sounded great. But if you build it, with an active crossover, be it dsp or a dedicated analog active one, it's best i think. The response is 31Hz F6 and i put the crossover at 250Hz (passive 1st order, active i use 4th order LR).

The top is drawn by Planet10 (see attachment), the basscabinet is not, but it's a classic 77L braced and sealed (easy to recreate) cabinet out of 18mm wood, (and with 27x27mm construction beams in a internal skeleton as bracing inside) with a "suspend on sealingfoam" front panel (not essential for the cabinet, but helps reducing panel vibration). A more classic sealed cabinet of that internal size will also work. Both cabinets are stuffed loose for 3/4 of the volume with polyfill (could also be an other stuffing material, but i had a lot of polyfill at hand at that time). The top uses the "broken bell mass damped thin wall cabinet" that is used in many BBC monitors like the LS3/5A because it helps reducing panel vibration. A regular sealed cabinet of that size will also work (but less good). 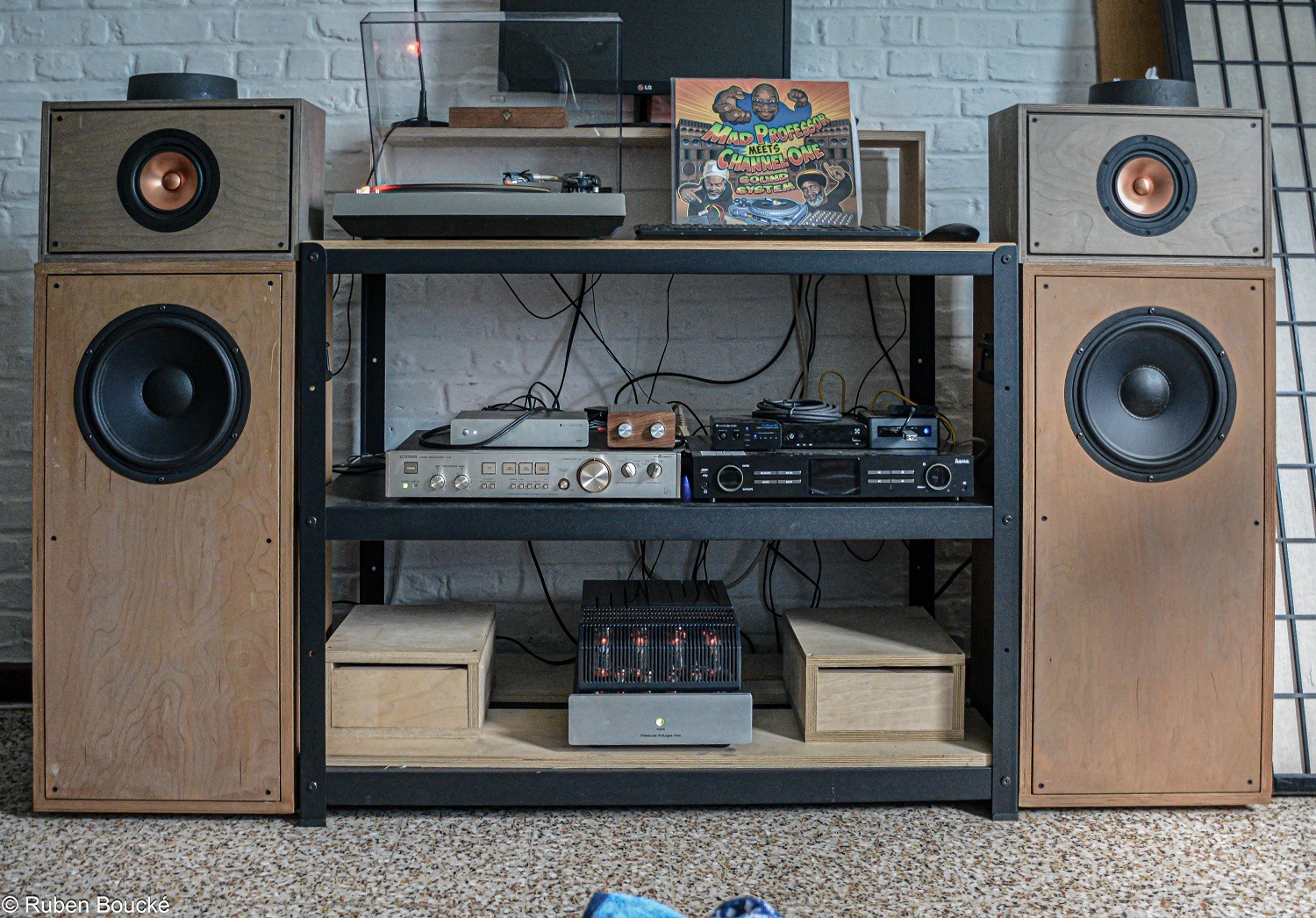 waxx said:
but only have incomplete drawings
Click to expand...

Sorry, only got as far as the satellite.

Joined 2002
To echo Dave’s question, I think it’s fair to say that the days of “affordable” amplifier kits from either Decware or Bottlehead are long past.
At the lower end of the power levels offered by either of those brands, I’d suggest DIY Audio store ACA kit.
Reactions: 1 user
•••

Joined 2005
Well, this Decware kit really isn't a kit at all, just a PCB. https://www.decware.com/newsite/SE84CDIY.htm

Still, you could build a relatively cheap little amp. Not sure how useful it's going to be for a 2-way speaker thou?

As Chris showed in his series of 7 consecutive builds starting with the ZEN triode, you can do better. Once you suss out the design you want to build you can see how easily it is mapped to Decard’s board, and it might help kickstart your project.

This RH84SE is a good example.

It is hard to make a bad EL84 amplifier, a REALLY good one takes a bit of effort.

here are the Decaware kits I mentioned....but yes, as vk pointed out, it's just the PCB, however they provide a parts list with average costs and altogether the end price isn't obscene. all in all, I am totally open to advice, instruction and direction if the Decaware kits aren't all that outstanding compared to others.

@planet10 also, that picture in your first reply...that's along the lines of what I'm thinking. that one looks particularly big though, so if using a 4" full range and a 6" or 6.5" for the passive would scale it down some, I'd be keen on that. I have a lot of space constraints unfortunately.

@chrisb @von Ah I'd hope to do a tube amp, not solid state. of course, as I said, if that's a better way to go for a beginner I am open to the consideration.
•••
C

Joined 2002
I promise I’ll try to keep this short - I think it’d be prudent to pose a few thoughts/questions before any further advice /suggestions from forum regulars, and to be clear, none of my comments are meant to disparage the Decware Zen C design.
Any particular reason for considering the Decware amp? Yes, it delivers a wonderful first watt, but for the total cost involved - i.e. including all the transformers and chassis not depicted in the photos linked - I honestly think the ACA would be a better option, especially for a first time builder. As luscious and seductive as flea watt tube amps can be, particularly with speakers of appropriate sensitivity - which are often not small and may have special placement requirements that can conflict with domestic considerations - sometimes more power and smaller enclosures with lower sensitivity are the necessary compromise.

Have you had occasion to hear a system of the type under contemplation? One of the downsides to the audio “market” these days is the dearth of brick and mortar shops in which to experience live auditions of as wide a range of makes, models and design types of amps and speaker systems as many of us greybeards cut our teeth on. Even fewer opportunities are available to most folks daring to embark on a journey down the DIY rabbit hole, and it’ll take only a few hours of reading these fora to realize that there are few areas in which consensus can be found. It certainly took me well over a decade, hundreds of hours and many thousands of dollars of playing with commercial and DIY /kit tube and solid state amps, as well as single driver and multi-way speakers to find my happy place. 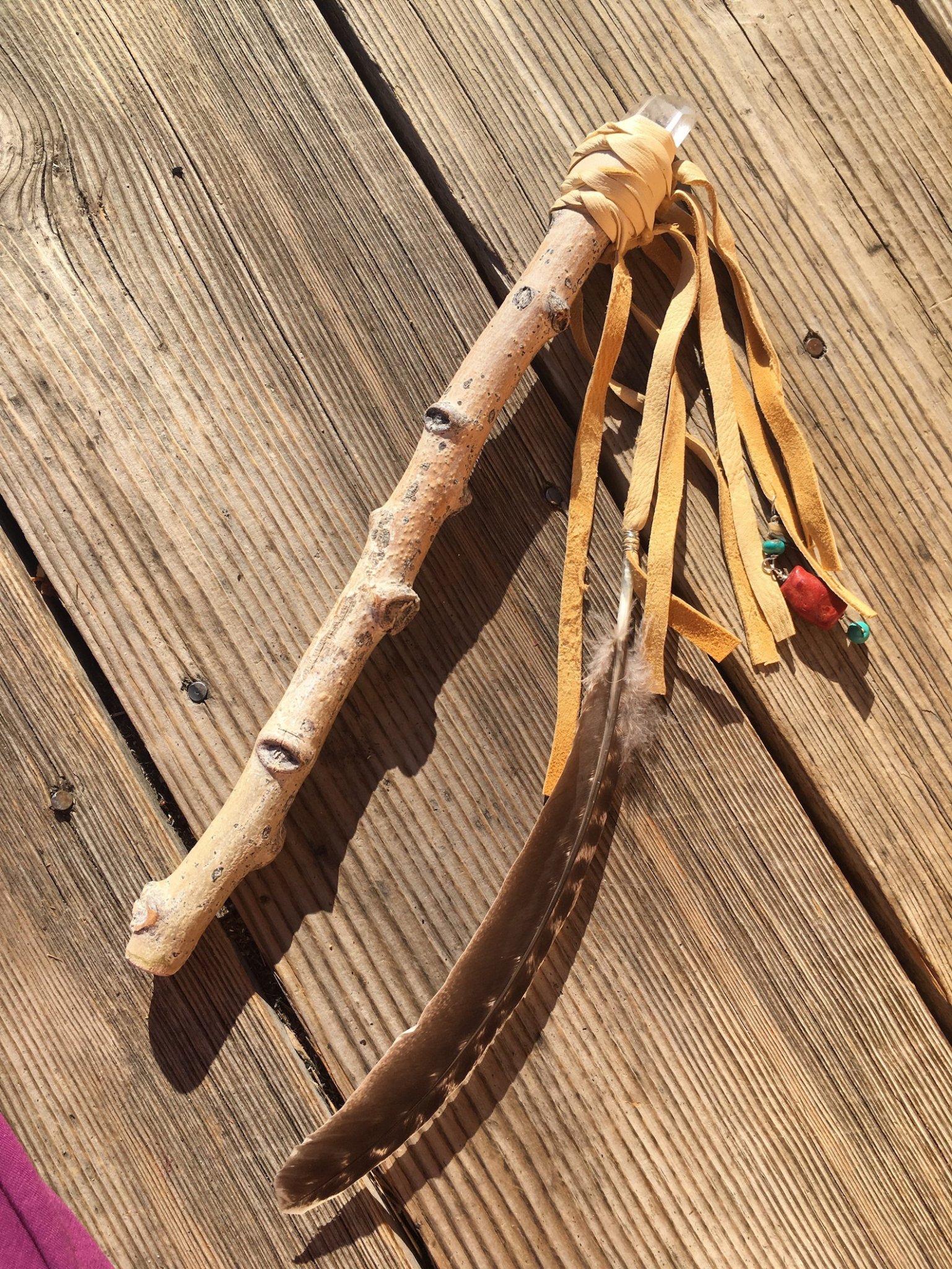 Joined 2022
@chrisb I am not for / against anything...I just saw the Decaware kits and being they have a focus on tube amps and tube friendly speakers as their products have kept them in mind. I should mention my current amp is a NAD D 3020 og hybrid digital amplifier that's powering my YUP6 speakers.
•••
C

Joined 2002
Slower to respond these day, but at the risk of assumptions as to your level of experience on the matter, another few questions to consider:

If read the Kanto’s spec sheet correctly, your YUP6 have a nominal 89db sensitivity, and while I’ve not heard the D3020, NAD has always been recognized for conservatively rating their power.
I’d be inclined to update one component of the system at a time, and since this is a sub-section of the loudspeaker fora, no doubt lots of recommendations will be proffered there.

In addition to the numerous amplifier types that Dave & I mentioned above, I’ve also built several pairs of FAST/WAW and many more pairs of single driver/full range systems. It should be kept in mind that one of the design precepts of the former types is crossover points much lower than has become the norm in mainstream commercial 2ways - e.g. often between 250-320Hz or at least 2 octaves below the more common range of 1200-2000Hz. While selecting drivers that could play well in either scenario won’t be particularly troublesome, it will of course be as much subject to the subjectivity and predilections of the user as empirical specifications. Moreover, the cost of components for passive filter networks for WAW types can quickly escalate, and most of our implementations were actively bi-amped; as most of us long term DIYers have more than one or two spare amps kicking around, the cost of doing so can be as minor as a few dollars worth of caps and resistors to effect a PLLXO. It’s been quite a few years since my last foray into this field, but here’s a quick technical explanation of the subject and hopefully still functional link to spreadsheet here http://www.t-linespeakers.org/tech/filters/passiveHLxo.html

As for amplifiers, as mentioned earlier, the Zen C is a nice little implementation of EL84 triode, but limited in power. The best two implementations I personally heard of it were in FH3 with Fostex FE126E, or a bi-amped bespoke build with vintage AMT1 and long discontinued Fostex FW series 9” woofers. 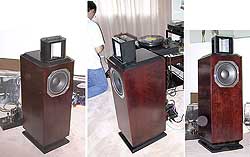 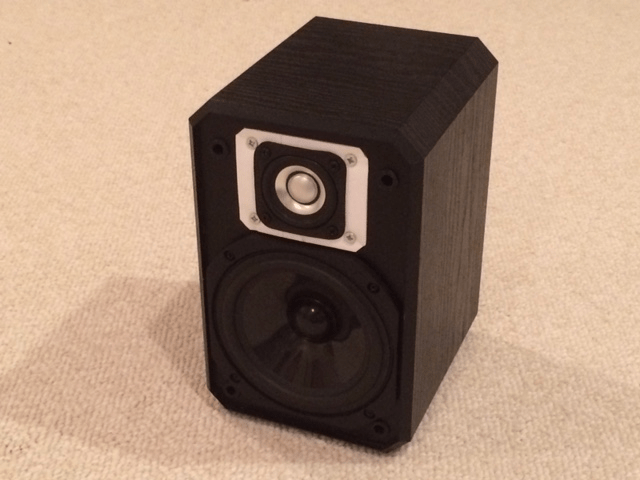