Any experiences with the Thiel SC3 coax? 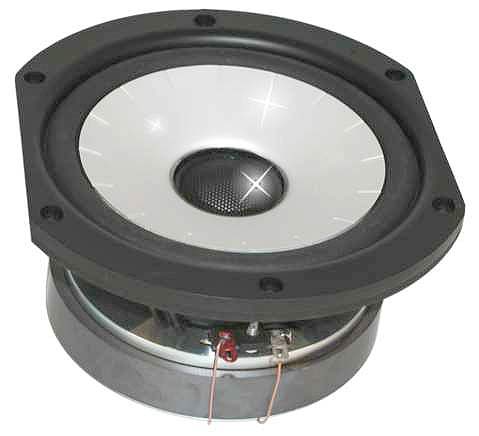 Its been out for a few years now yet opinions are still few and far between. That's probably a bad thing but considering the cost and the scant availability then it could just be a case of under exposure.

I'm looking into something that might be suitable for a compact and simple surround speaker, initially I thought 3 CS FR125 on opposing baffles would work well. Then looked at other drivers and remembered the Thiel SC3.

Really just looking for any opinions on the sound or what you found to work well.

I notice there's a few kits using this driver:

obviously NOT a floppy cone

Will sound harsh and unmusical

obviously NOT a floppy cone

Will sound harsh and unmusical

Which is why its only worthy of performing surround speaker duties
•••

I have heard these things in a small BR monitor and I was quite impressed. The importer here in Germany, Blue planet Acoustic, is also really customer service oriented.

AFAIK The model you posted is being replaced with a new one which optically differs in color significantly and uses a neodymium magnet. The German DIY Magazine HobbyHiFi holds it in very high regard. Certainly worth playing with though, if you can afford it.
•••

Thanks for the info Flaevor. Did you work with the driver or hear a design from someone else? How large was the box and roughly what was the extension like?

I see that Strassacker have the new neo motor revision in stock.
•••

At that price I have to assume that they buy pairs of Thiel speakers and dissassemble them for the drivers. Aren't you tempted by the seas co-axials?
•••

ScottTracy said:
At that price I have to assume that they buy pairs of Thiel speakers and dissassemble them for the drivers. Aren't you tempted by the seas co-axials?
Click to expand...

The one point monitor is the model I heard. I have heard both the old and the new but not as an A/B comparison.

Edit:
The link apparantly didn't work properly but I see no error, so click Lautsprecher Bausätze and Thiel Audio.
•••

The price for the thiels isn't that bad when you consider that your getting a top quality midbass and tweeter. I could go out and buy seas excel speakers and easily be out € 500 with no guarantee that they are as good, and they will never sit on axis the way the thiels do. So if you look at it like that, I suppose they are almost a bargain.
•••
F

hi shin,
about a year ago i heard a design with this coaxes Grand Fidelio EXP
i would agree to crazyhubs statement that they are a little bit harsh, but funny to listen. the room was equalized with some sort of auto measurement. i have to add that this specific design of the thiel driver was a little bit modified for the interests of the hornstein developer. what exactly was changed didnt he want to tell me on the roadshow when i talked to him.
greets
•••

Thanks Flexus. Could you expand a little on the characteristics of the sound please?

The feedback seems to be fairly lukewarm so far. Quite an expensive driver even if its to be considered two high quality components in one chassis.
•••
D

According to Strassacker it has had amazing reviews from Hobby Hifi.

How do you think it would perform with a DCX2496 rather than the very complex passive as suggested?
•••
C

i would agree to crazyhubs statement that they are a little bit harsh
Click to expand...

okey here we go, i will try to explain it as far as its about the truth.
the problem with this design was that me and a friend only heard records from one artist which i didnt know before. funnily enough my friend and me had the same opinion about it: it was tuned very bright, probably a tribute to the bad room acoustics from the road show exhibitors. (even the jamo 909 rumbled on this show)..
SPL was over room loudness, so we had to shout a little bit to communicate with each other. voice was very very conceptional. not talking about the "S" problem, it was far beyond. my problem was that it seemed the frequency response raised towards the highs. thats not really My tuning. the stage was simply exceptional, that was the thing bringing the smile on every face. i would really pay attention on buying this driver not hearing it before, not even me- hearing it before, dared to take it in used condition for half the price at http://www.oaudio.de. probably he still got one pair of used ones. some month ago i asked about it but couldnt afford them after that.
they are good, but dont take them without hearing, i would explain them as between genius and madness. they are too particular for a blind buy. i couldnt talk about basse quality because i didnt hear it, probably i would describe it as "fast".
greets
•••
F

My smileys were mainly adressed to Shin because of a previous discussion about the issues of stiff vs floppy cones.
BTW, thanks for letting us guess that your listening impression of this Thiel driver is highly related to the whole speaker design and room acoustic...Right point IMHO.
•••
F

hi crazyhub,
caution about my current statement, cause i dont know much about measurement etc, but i have to make a psychoacoustical guess, whether its right or false- my guess is that spaciality in a coax is caused by the better degree measurements at higher frequencies, so most of the commercial designs are brightened up to emphasize this advantage.
(i would do it if i sold them, but not THAT much).
correct me if there is something wrong about it.
cone material is essential 2 IMHO, but only taste in the end.
•••
C

A lot of commercial designs, whether using co-axial or not but mainly using high-end tweeters (diamond i.e.) do "push" the top octaves. This artifact is very attractive in the shop, giving airy sounds...but fatiging once at home.
I made only one speaker using a co-ax driver and I am almost sure their theorical superiority is somewhat overstated; quality of the global design, notably about diffraction and global on/off-axis energy is the most important issue IMO.
•••
D

The "Cumulus Horn" design that utilises this coax uses all these components in its crossover. This seems very complex for a two-way XO.

Perhaps the Theil SC3 driver needs a lot of taming? Like a racing car compared to a sports car.

This doesn't mean that it cannot be excellent???

The list of parts in the cumulus horn has more to do with the designer than true necessity. He is know for making the FR plot ruler flat whatever the cost.

The sound of the one point monitors is hard to describe. They image so much is clear man do they image. the tonality of the sound it sort of understated. very detailed but without that sort of over the top harshness. I really think you could listen to any music at nearly any volume for hours and not be fatigued. The clarity boarders on analytical but it is smooth and warm and not harsh in any way. When you hear them you want them.
•••
Show hidden low quality content
You must log in or register to reply here.
Share:
Facebook Twitter Reddit Pinterest Tumblr WhatsApp Email Share Link
Top Bottom