Joined 2015
For the power amp section, inside the brochure, there is a block diagram which very close to the actual circuit.

Joined 2017
I have the same amp circuit board that has no variable resistor for voltage adjustment, we probably have a later revised board as the earlier P300X had the VR for voltage.
•••
R 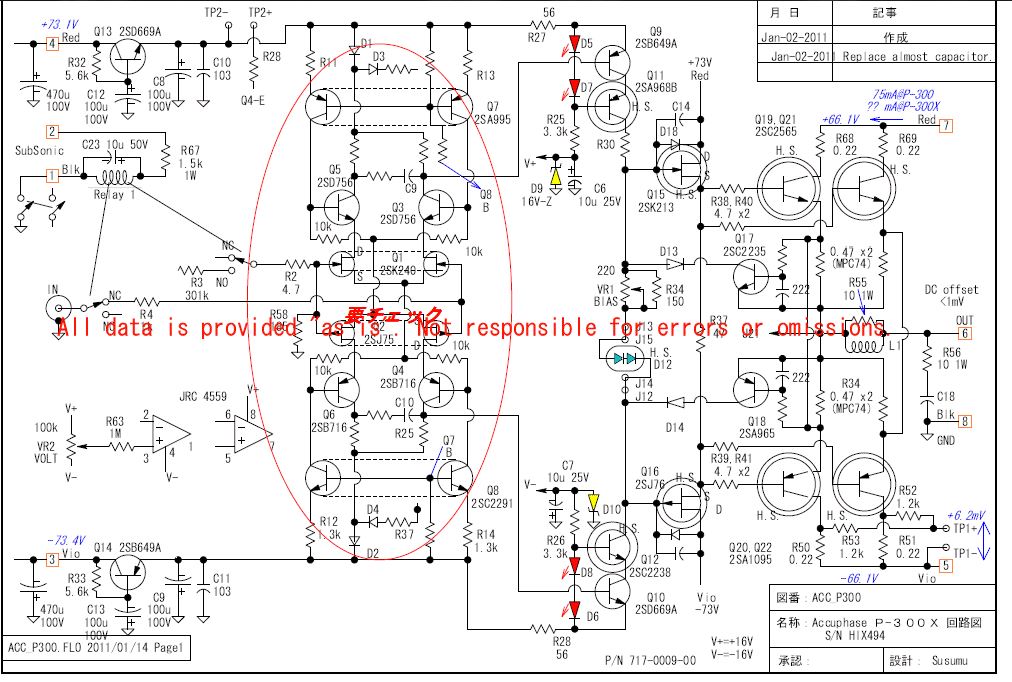 Joined 2020
Anyone knows the d12 model number who check is the one attached on the heatsink printed "0DB"? I think it is difficult to find a new one for my bad one.
•••

Joined 2020
To, thanks for your info. Btw, I've tried to found this out but unluckily there's nothing found from eBay or any link. Does anyone have idea to get one or any other replacement unit could fix it? It is very annoying issue.
•••
G

Joined 2010
Sorry for warming up an old thread. The PCB shown in post #5 is one of four types i've encountered. Maybe there are more, guess this amp was hugely successful and hence went alterations during active production period.

The first two iterations have the black/clear relay, the one in patrick101's post has the connector block near Q16/Q22, the other one has not. A third one has a connector block near C12/C13, the 2nd one just a hole that lets the cable pass through for handwired joints on the solder side of the PCB.

A later PCB has the second pot (offset) eleminated. An even later one carries the red NEC relay which seems to be more reliable (also used in quantity inside P-300L/P-300V). Oops, maybe these were five types already.

My guess is that the threadstarter's P-300X had a complete module exchange at some point for the 2nd last version PCB with just the one bias pot, but still the earlier black/clear relay fitted.

I also note that earlier P-300X don't have those 3 parallel resistors R9/10/11 on the driver psu pcb carry quite so much current (no board discoloration). Some later P-300X even have an extra large hole in the beauty-cover to allow that heat getting away. Not a great success in most i've seen, the top lid is just a few mm away