6j1 tube / valve buffer with a fault on RCA ground connection, can anyone help please

I would be very grateful of any advice please

I bought this valve (or tube whatever you prefer ) buffer from China which took absolutely ages to arrive. It was for my digital setup to get some of that tube goodness in the signal as digital just sounds well too digital at the best of times if you ask me. Anyway it doesn't function as its supposed to and I'm not getting any help from the seller.

As for the fault only one channel works. The channel which doesnt work strangely does come to life if the input phono plug is half hanging out so the ground is not touching as shown in the photo. Not being that electronically minded I have no idea why it does this but obviously its not working as it should. I could cut the earth to that phono plug I suppose but being unsure about electronics I dont really know if that'll be healthy or cause any danger for that channel or source Im using, or whether I should even be using it with a plug hanging half out. Can anyone please offer some advice as to what is exactly wrong here? On the input there are two resistors also which go to either channels positive which common up on the ground.

I was just thinking about just writing the unit off and perhaps selling it as semi-faulty, but, after some time listening to it or through it should I say with the 'half in' plug hack I actually quite like what its doing. It does boost the signal quite considerably which I wasnt too keen on but that aside it does add something to the sound which does make things more emphasised, listenable and musical I feel. I know there are mixed opinions on these devices but any valve has got to be better than no valves, right

Any suggestions would be greatly appreciated.

Heres some photos and one with the half in plug not grounding hack which lets the channel work. 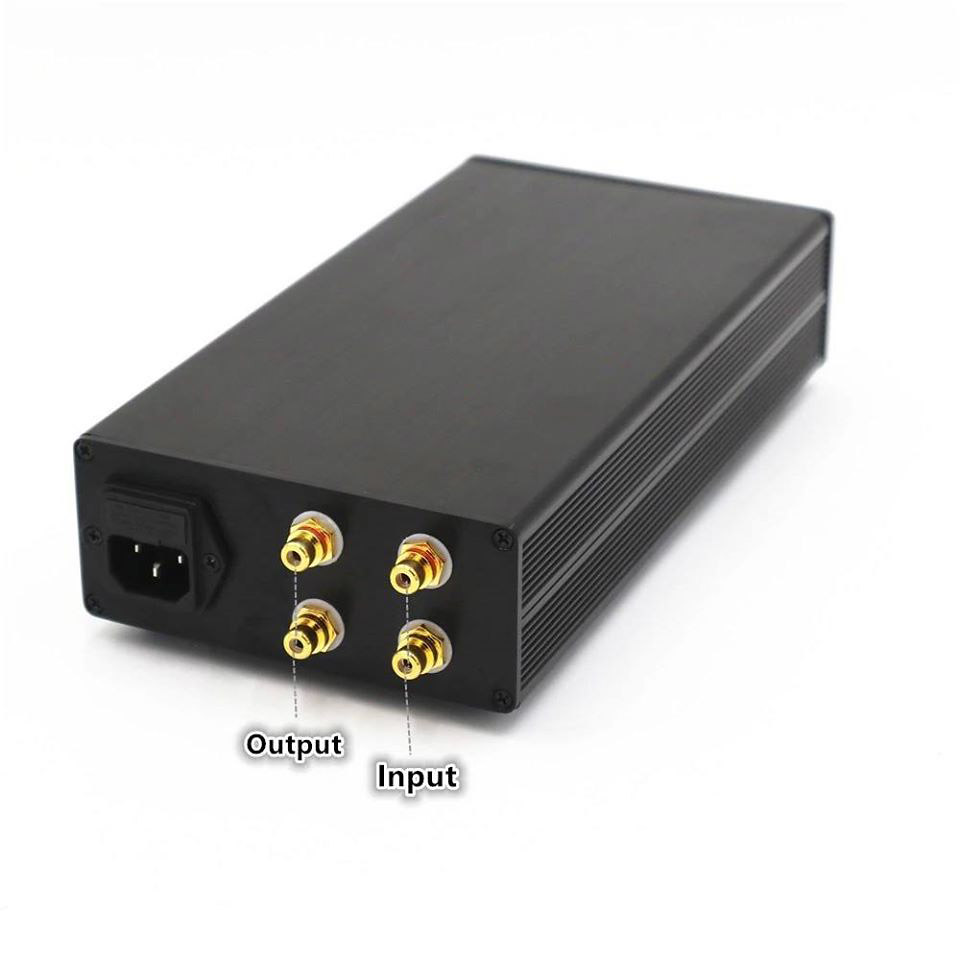 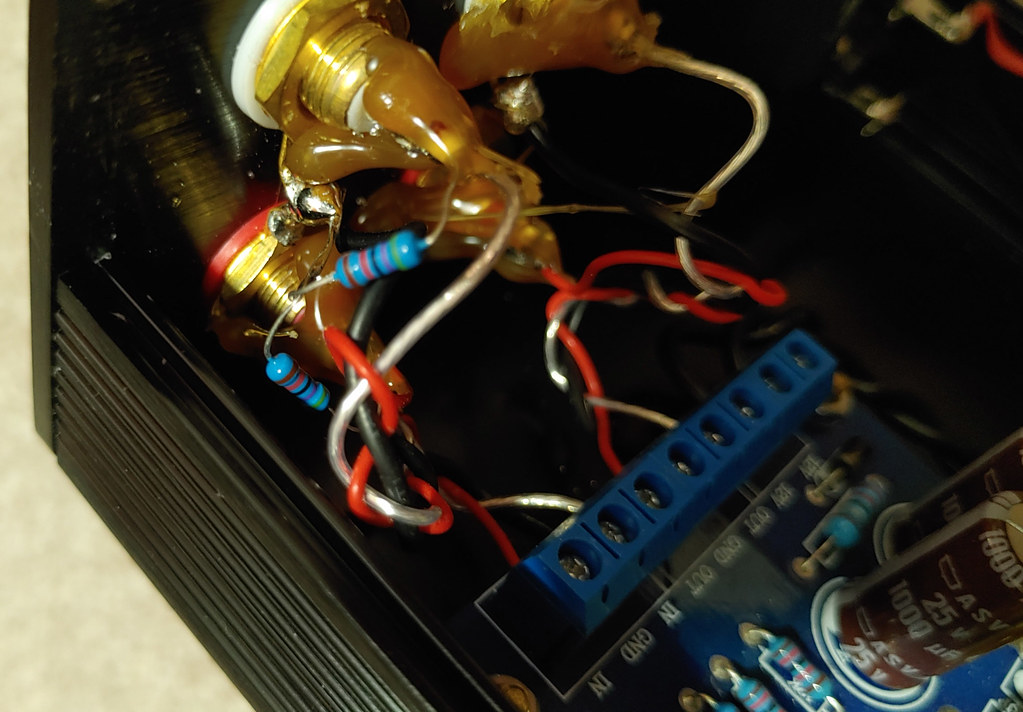 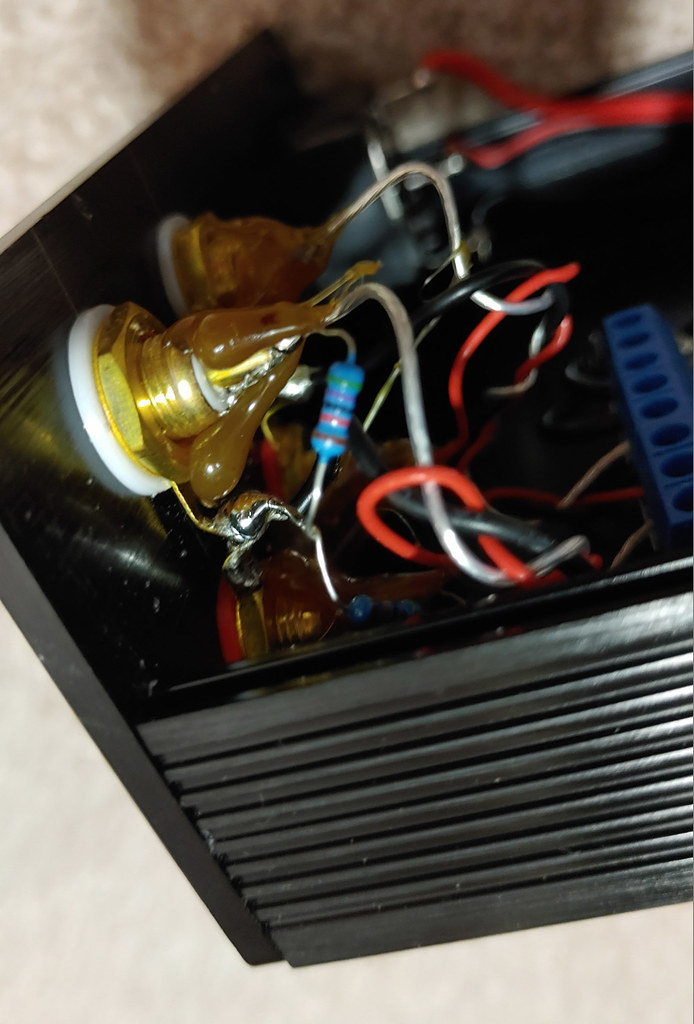 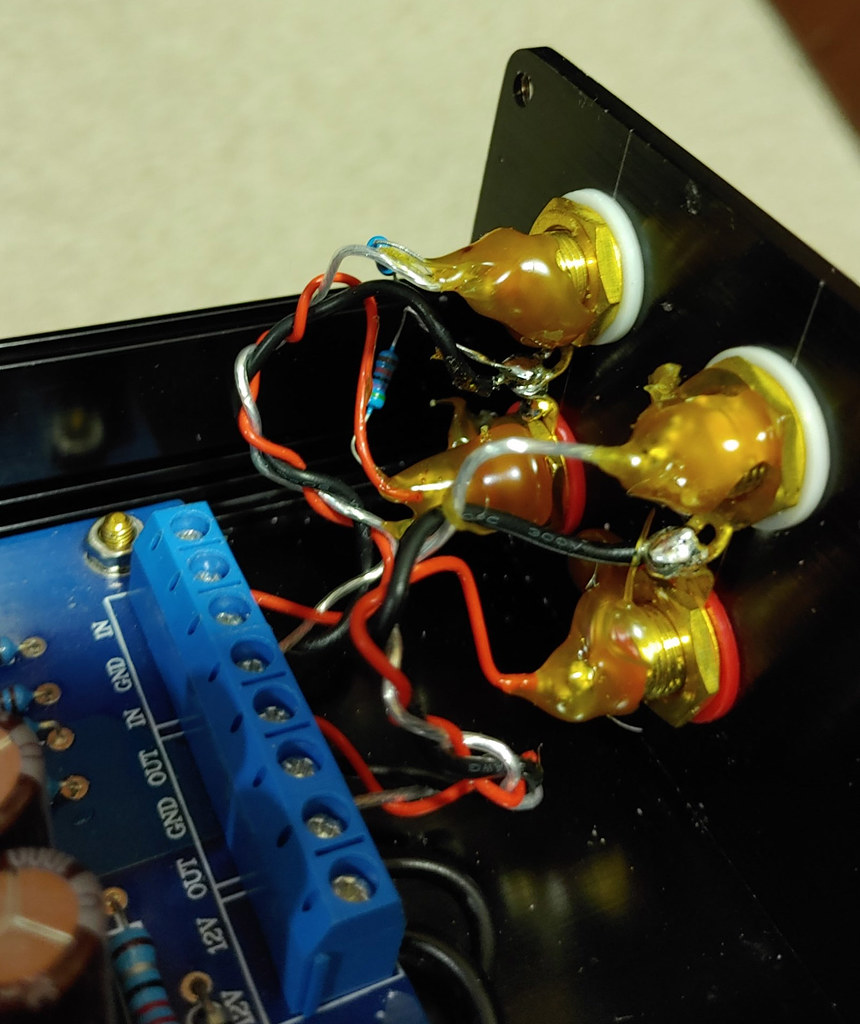 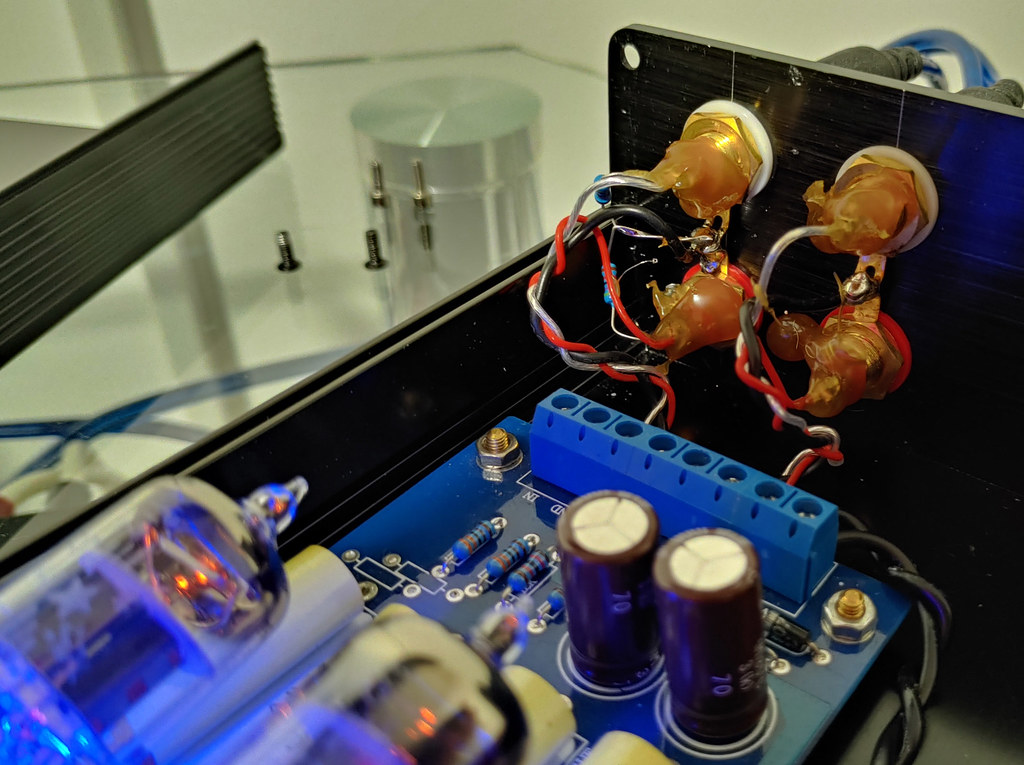 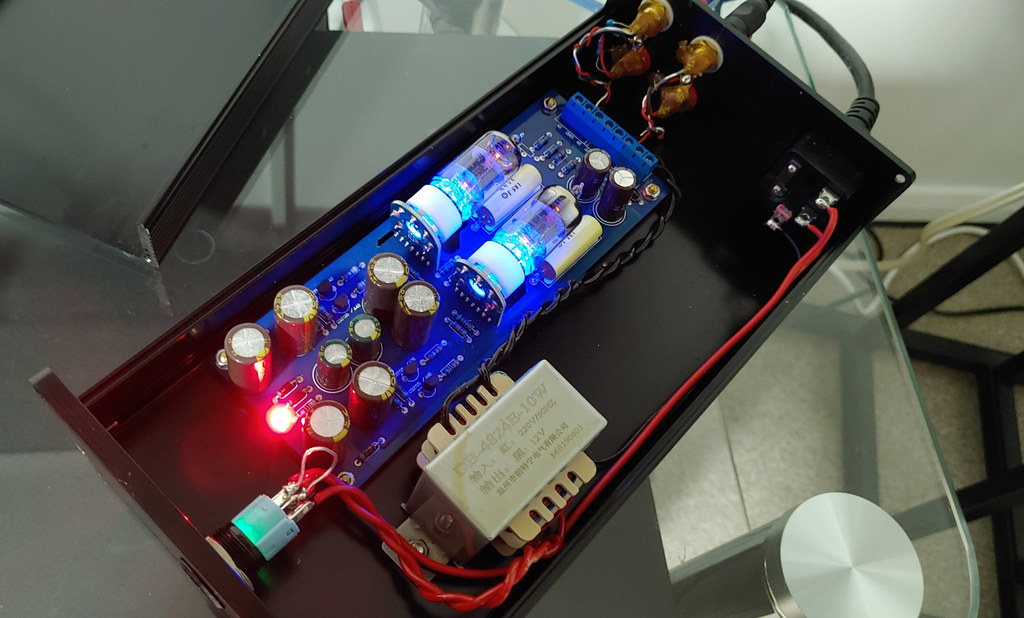 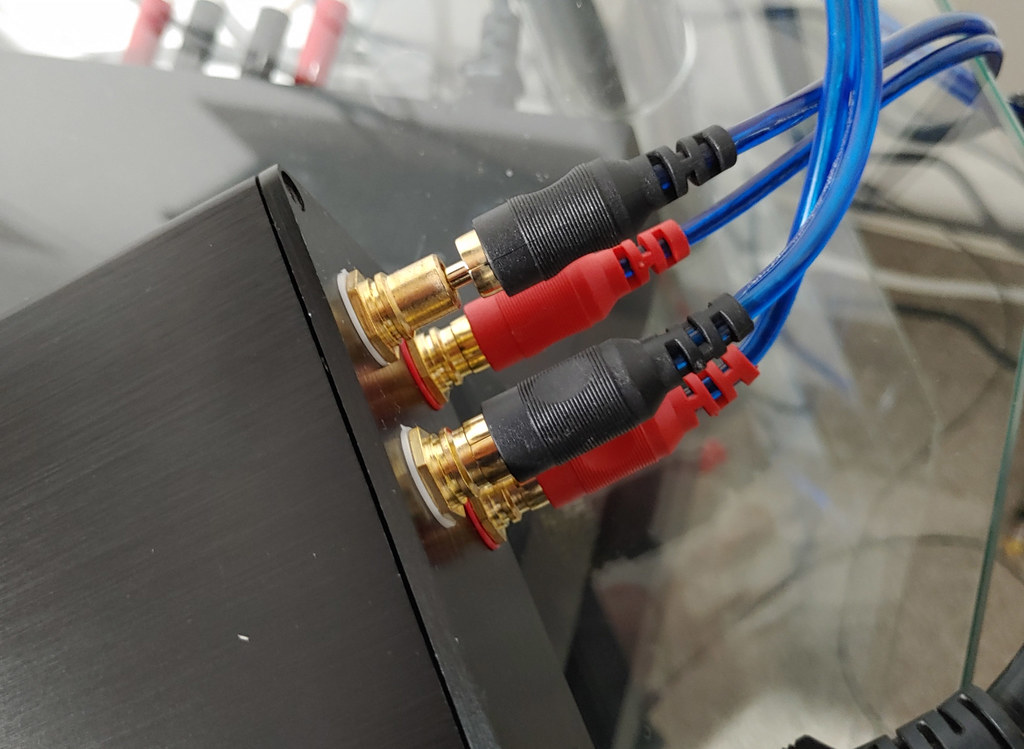 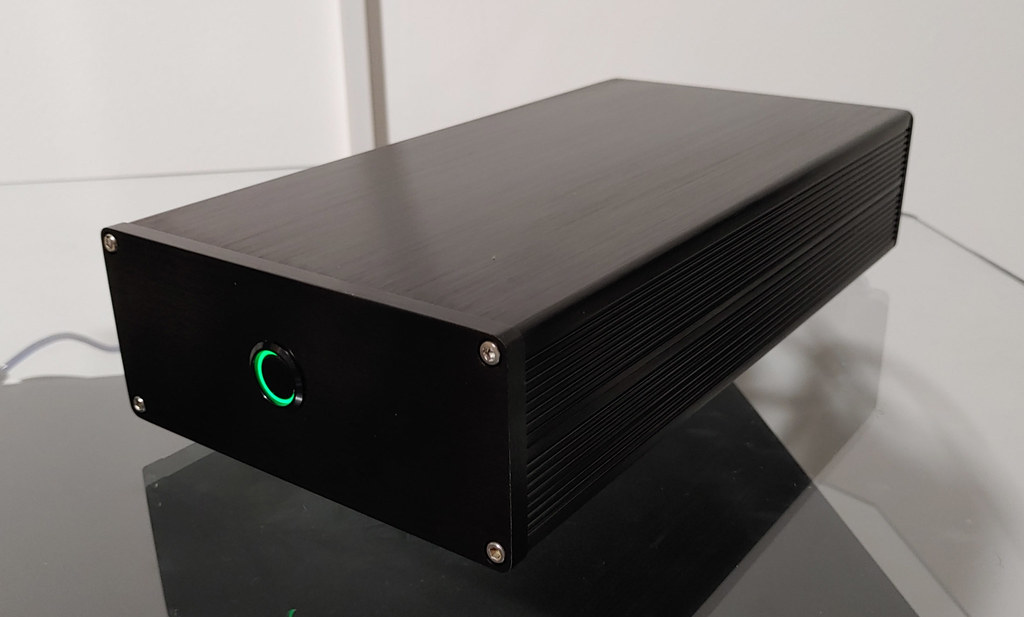 Bad input jack or bad plug on your interconnect. Is that channel is still bad when you swap the plug from the other channel? If yes you've likely got a bad jack or a bad solder connection on that jack.

Steve Morley said:
Bad input jack or bad plug on your interconnect. Is that channel is still bad when you swap the plug from the other channel? If yes you've likely got a bad jack or a bad solder connection on that jack.

Thanks for the reply Steve, no thats not it though. Tried numerous plugs interconnects and even sources and its always the same.
•••
R

oh sorry half read that Steve, bad solder connection you say? I have tested with a circuit tester and it all seems to be good.
•••