I will make this my build thread for my DIY 4 way active PA.

The anchor of the system will be my designed PAL12 tapped horn subs.
Thread here:
http://www.diyaudio.com/forums/subwoofers/232219-325-lab-12-based-pa-tapped-horn-35hz-extension.html

The system will consist of:

Got one midbass almost complete. 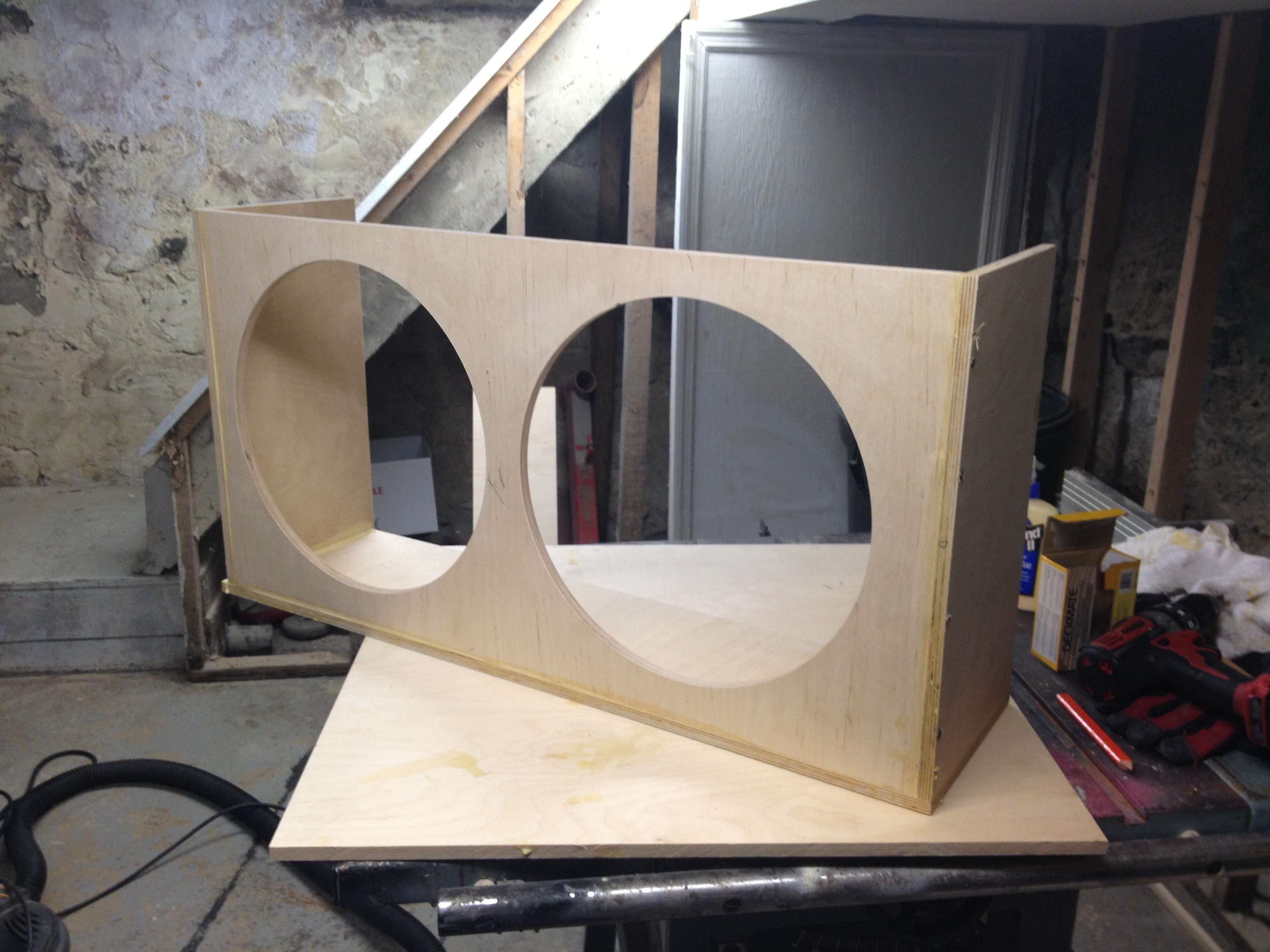 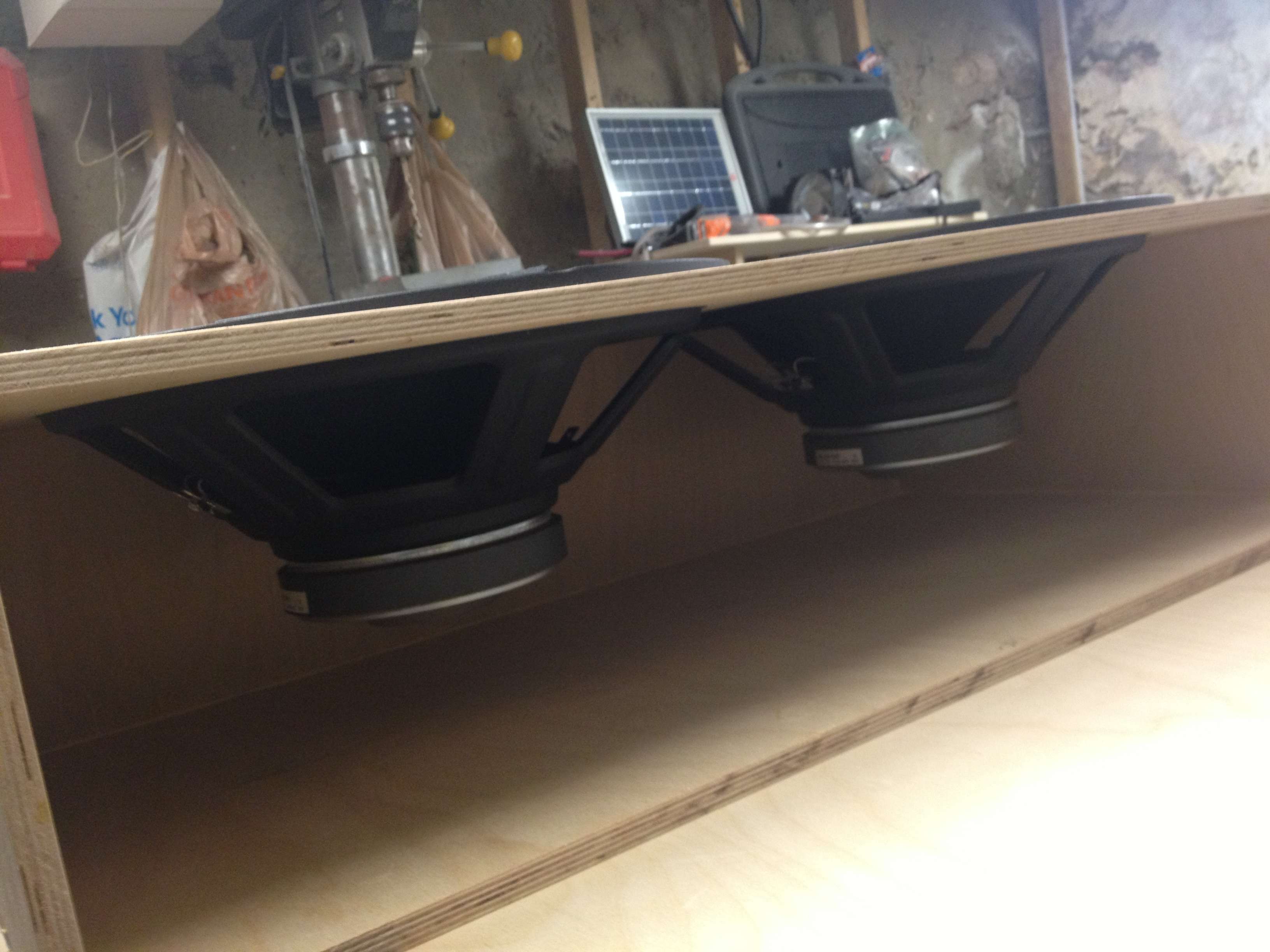 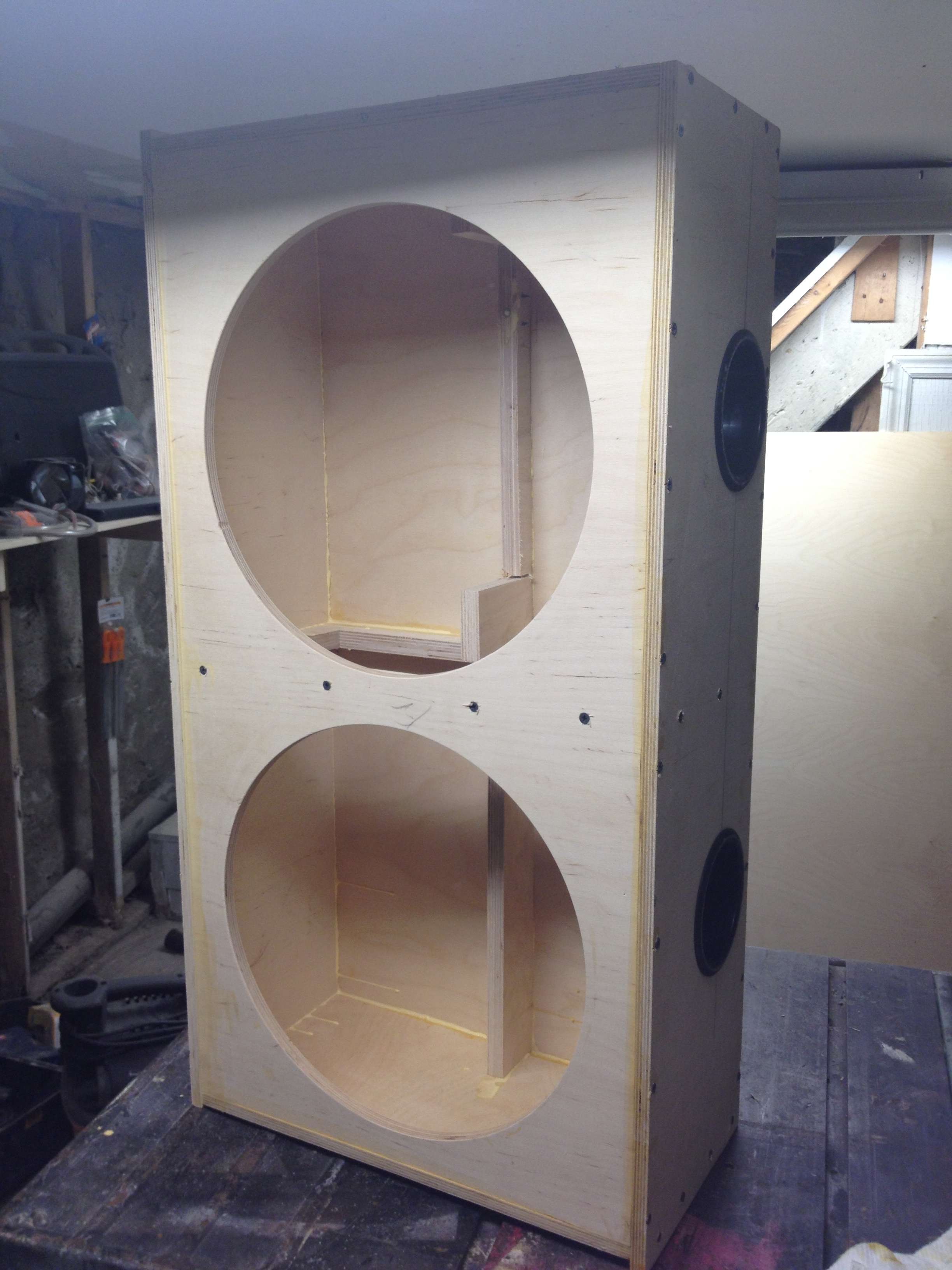 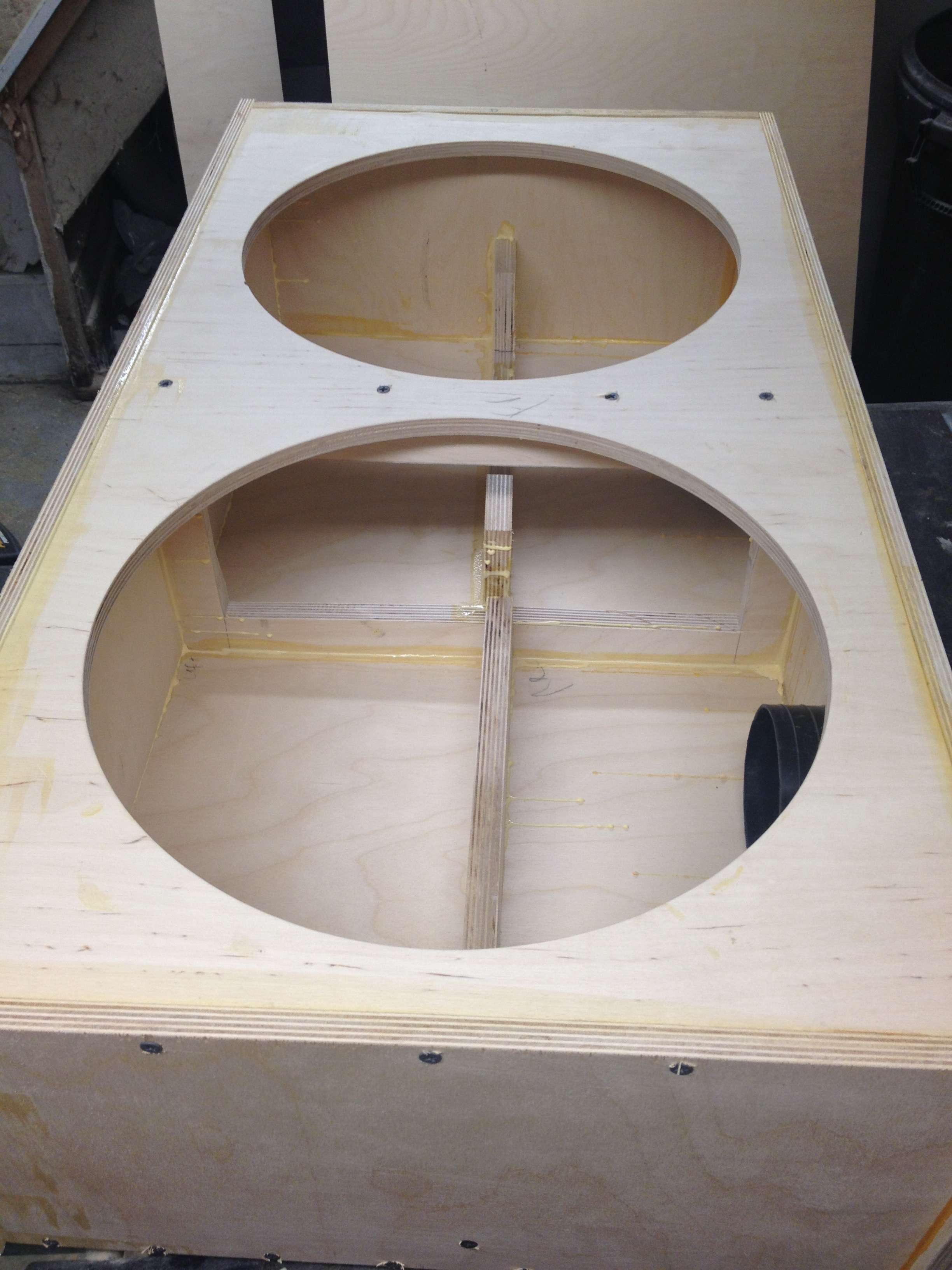 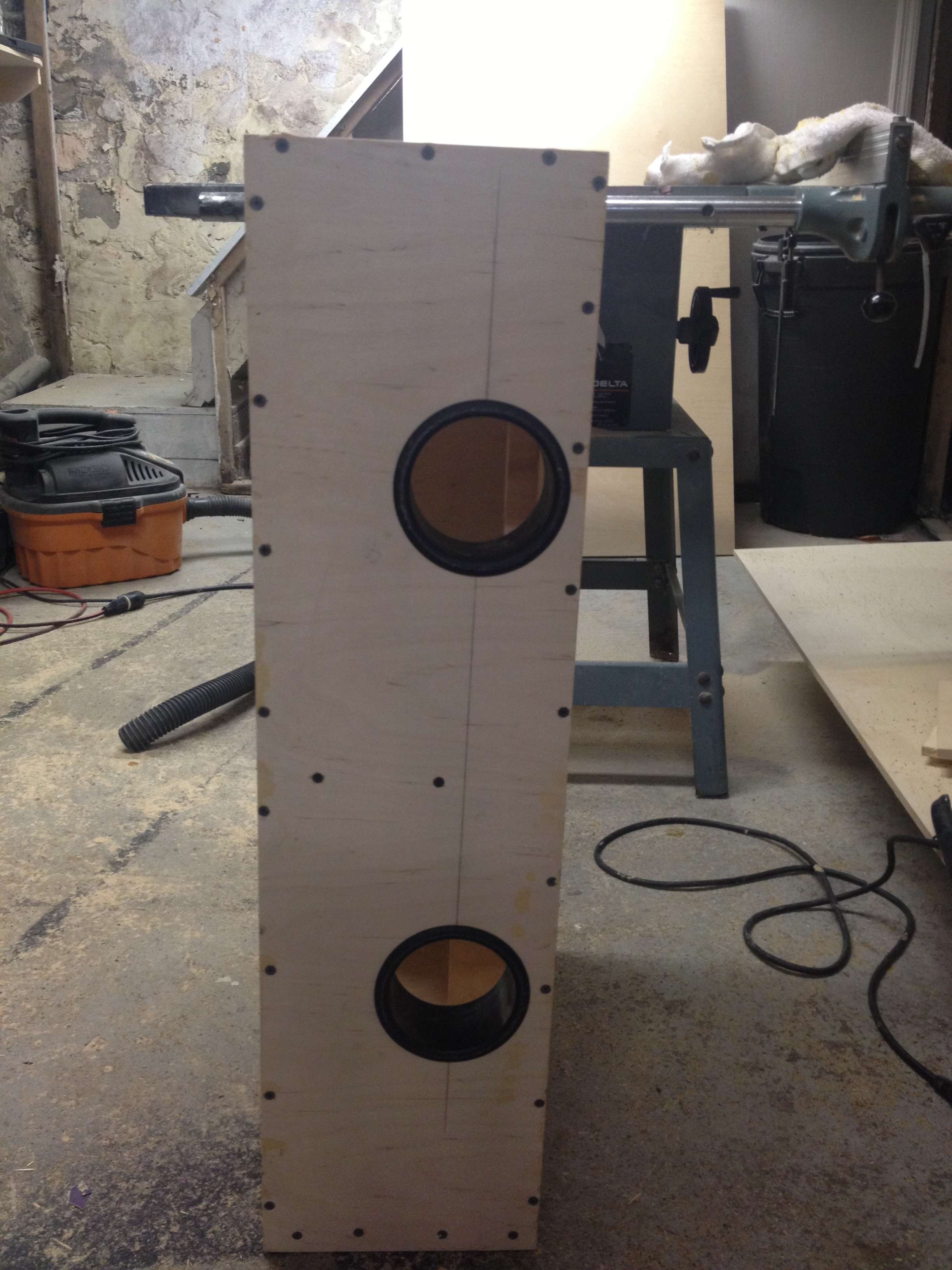 How come you're not doing an all horn system?
•••
M

Size restrictions. Believe me I'd love to. Maybe in the future if I get a big van to transport. But for now this will be the absolute largest that I can fit
•••
M

The reason for my size restrictions. Need to fit everything into a 2012 CT200h :0 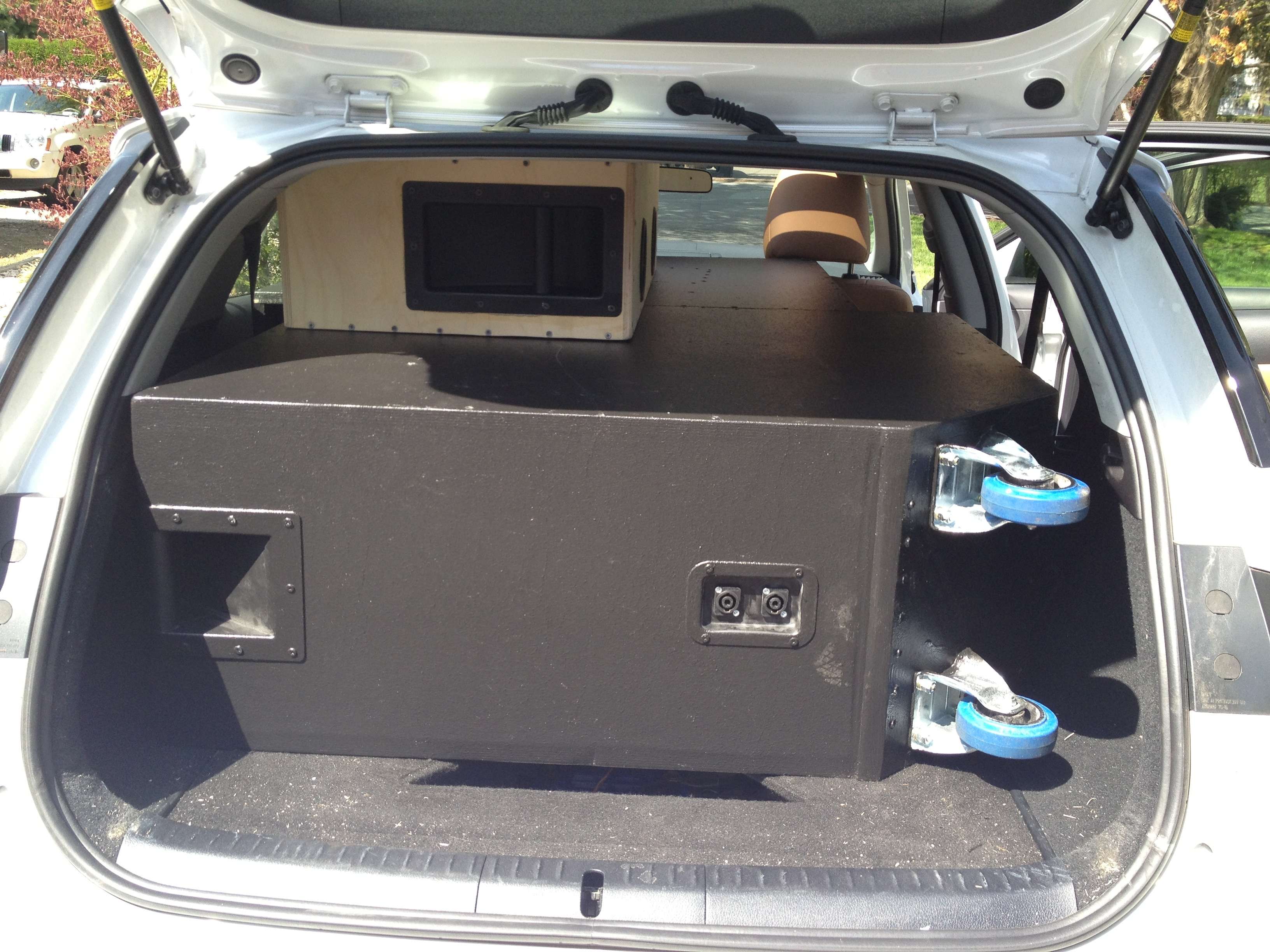 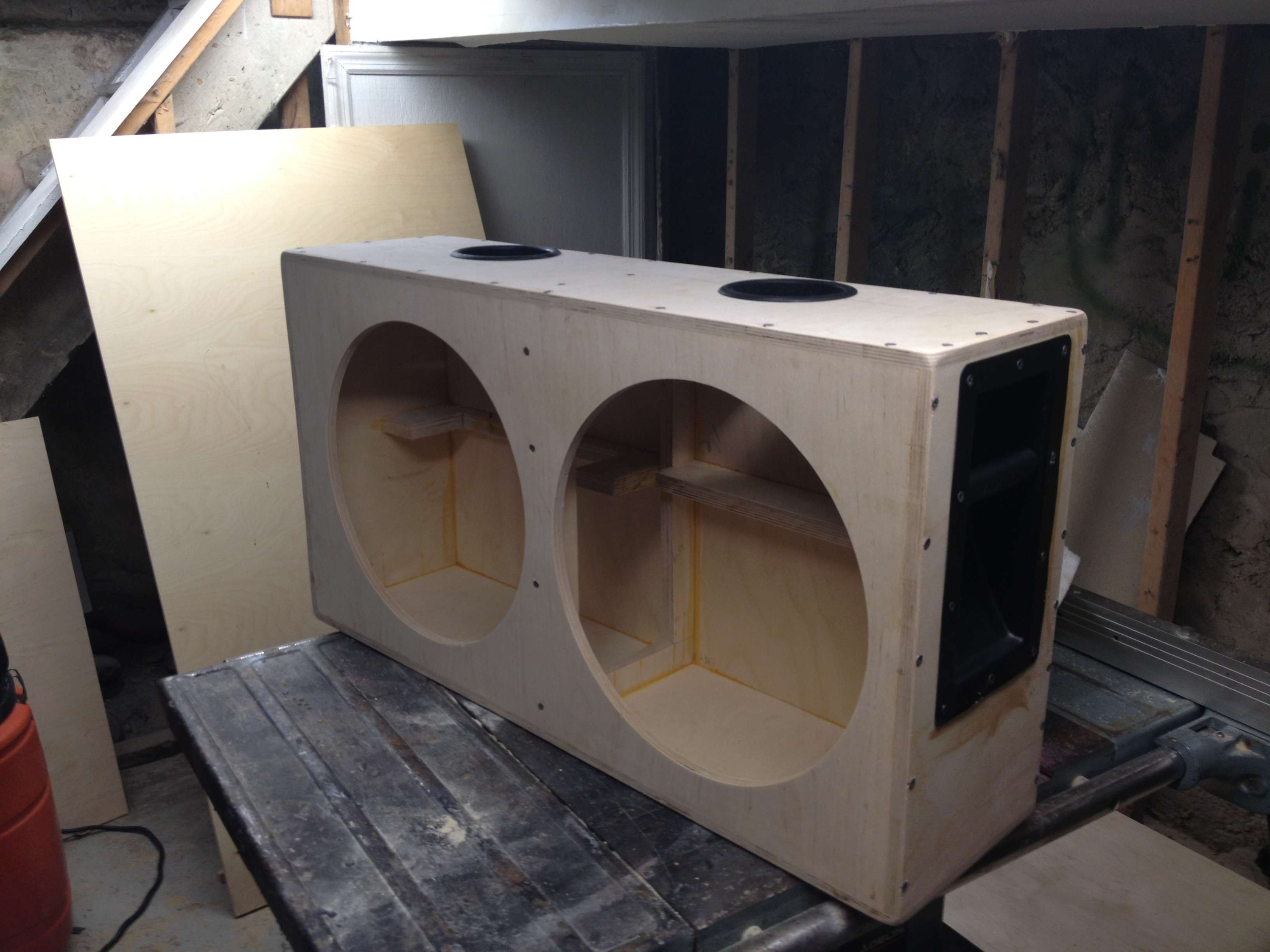 White duratex for the midbass cabinets is on its way. Need to mount to drivers and the heavy duty grills Also need to mount the speaker pole hats in the top of the enclosure.
Last edited: 2013-04-28 9:45 pm
•••
M

This is the way I plan to run the cabinets tapped horn turned down on its side for the base, then the midbass standing up 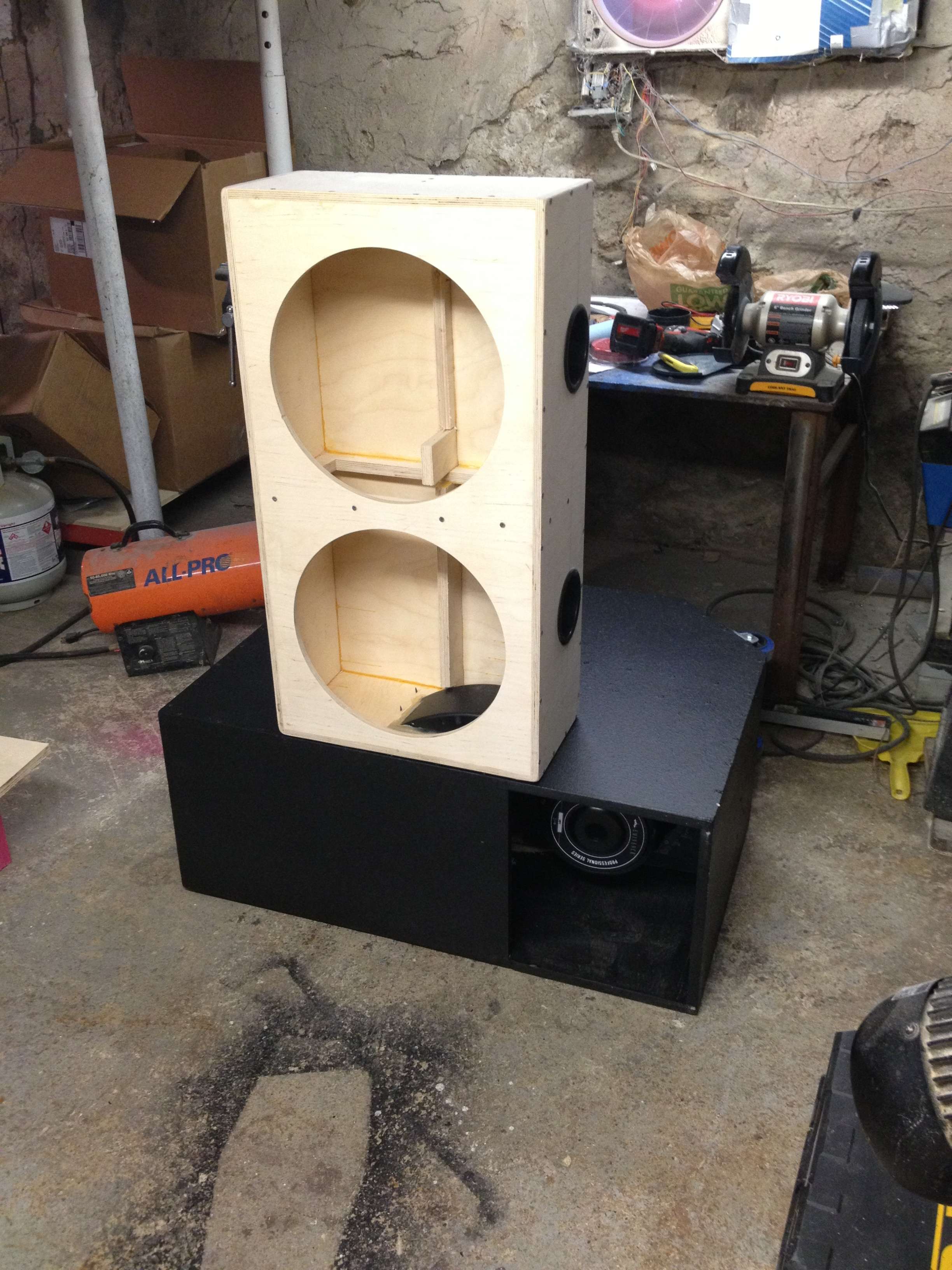 Quick pic after I dragged both subs out to test fit in the car.... 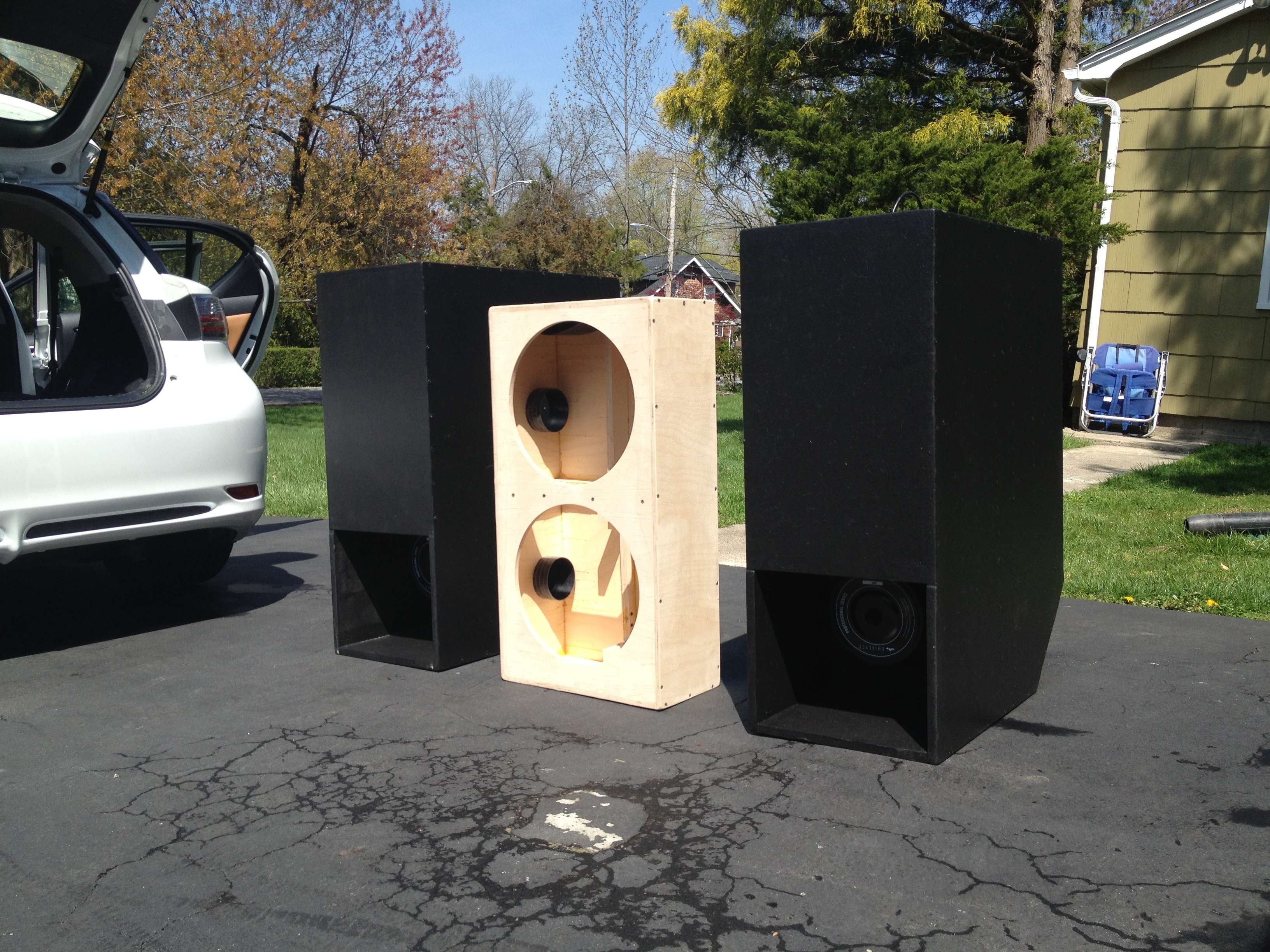 Got started on the second midbass as well. 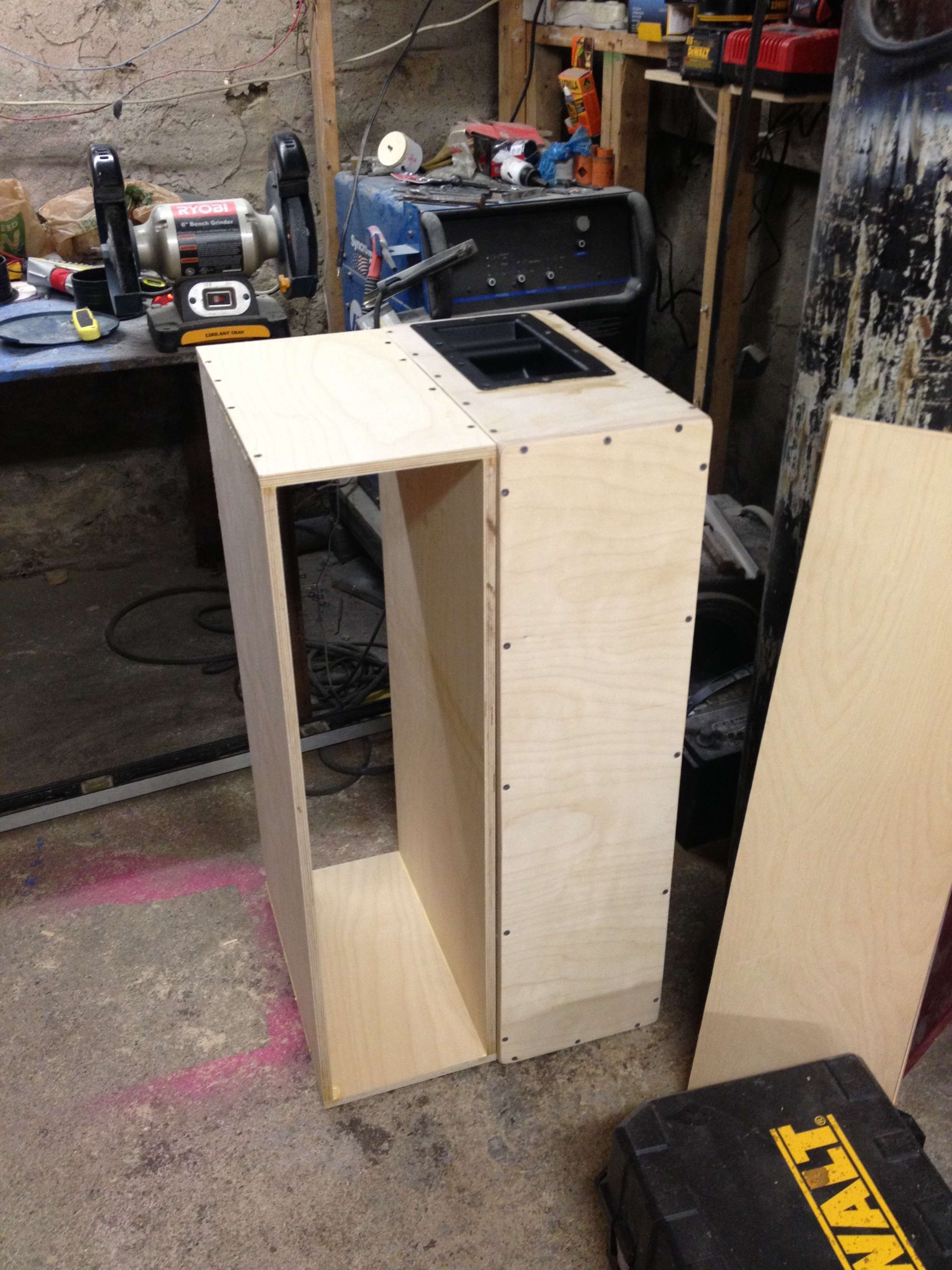 Yeah, really interesting stuff! keep em comming and we URGE to hear your comments on SQ/SPL with music!
•••

m R g S r said:
This is the way I plan to run the cabinets tapped horn turned down on its side for the base, then the midbass standing up
Click to expand...

I would strongly encourage you to use the sub vertically to get (most) of the mid and high frequencies above head level, or use the sub as a base and put a pole under the mids.

The system below, (also using Lab 12s for LF in a similar size cabinet as the Pal plus waveguides), uses a speaker cord box as a stand to elevate the top cabinets (containing one 10", two 6.5", and two HF drivers) to 67.5 inches high. The cabinets use interlocking dowel pins and ratchet straps to secure the tall system against the crowd and wind.

People can stand only a few feet in front of the system and not hurt their ears, and without the HF being absorbed by them, it carries much further.

The whole system fits in a small trailer, avoiding abusing the interior of my Mustang.
Building the trailer was a lot easier than building any of the cabinets...

Does the trailer expand vertically?
•••

BP1Fanatic said:
Does the trailer expand vertically?
Click to expand...

The upper lid is removable, otherwise loading would only be comfortable for people under 28 inches tall .

After the lid is removed, the rear gate slides out and becomes a 4 foot long ramp attached with ball-lock pins.

Put everything in the car, connect to amplifiers and see what it's like
•••
M

Hmm thanks art. I'll see what I can come up with.

Almost complete on the midbass pair. 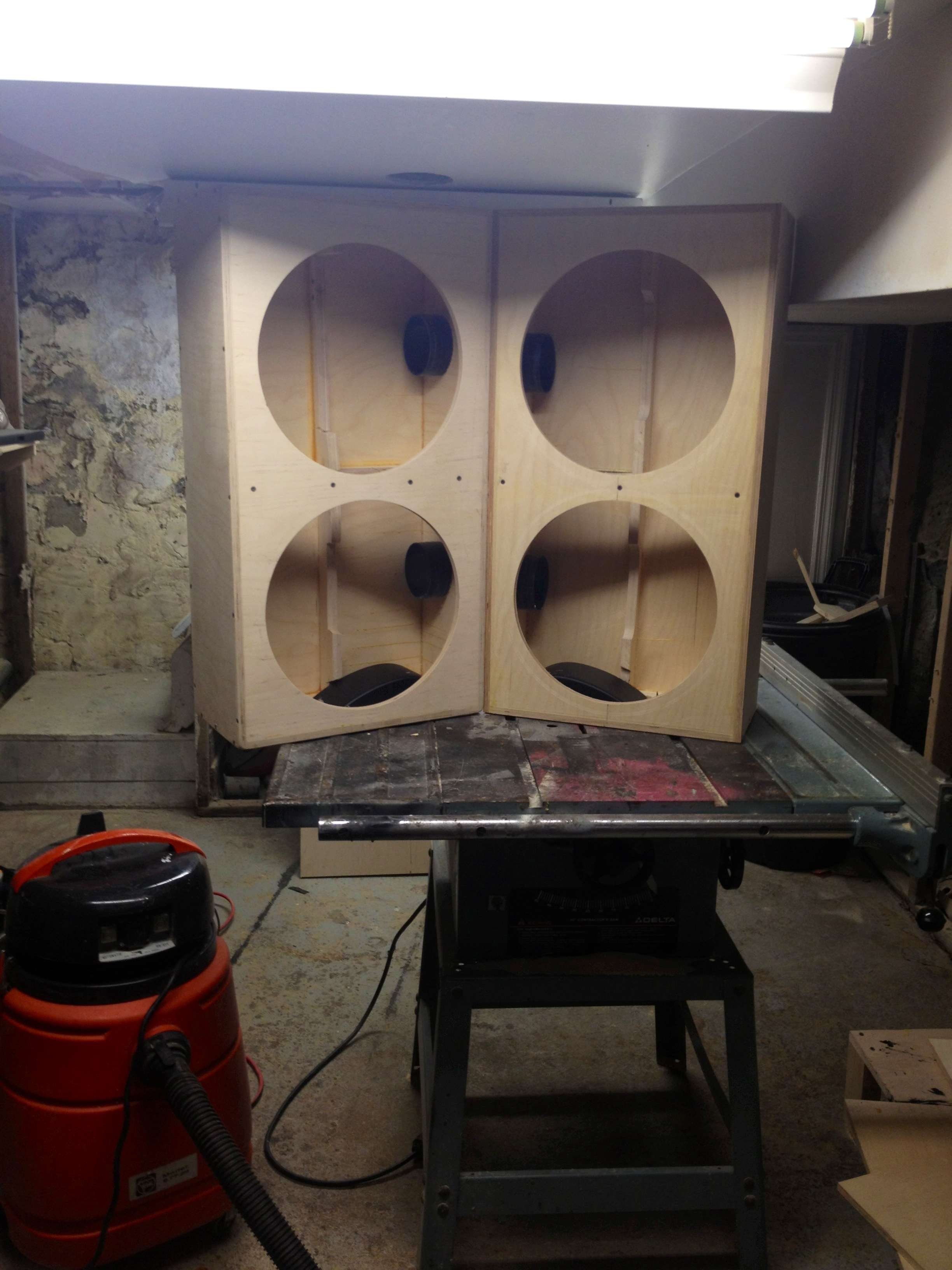 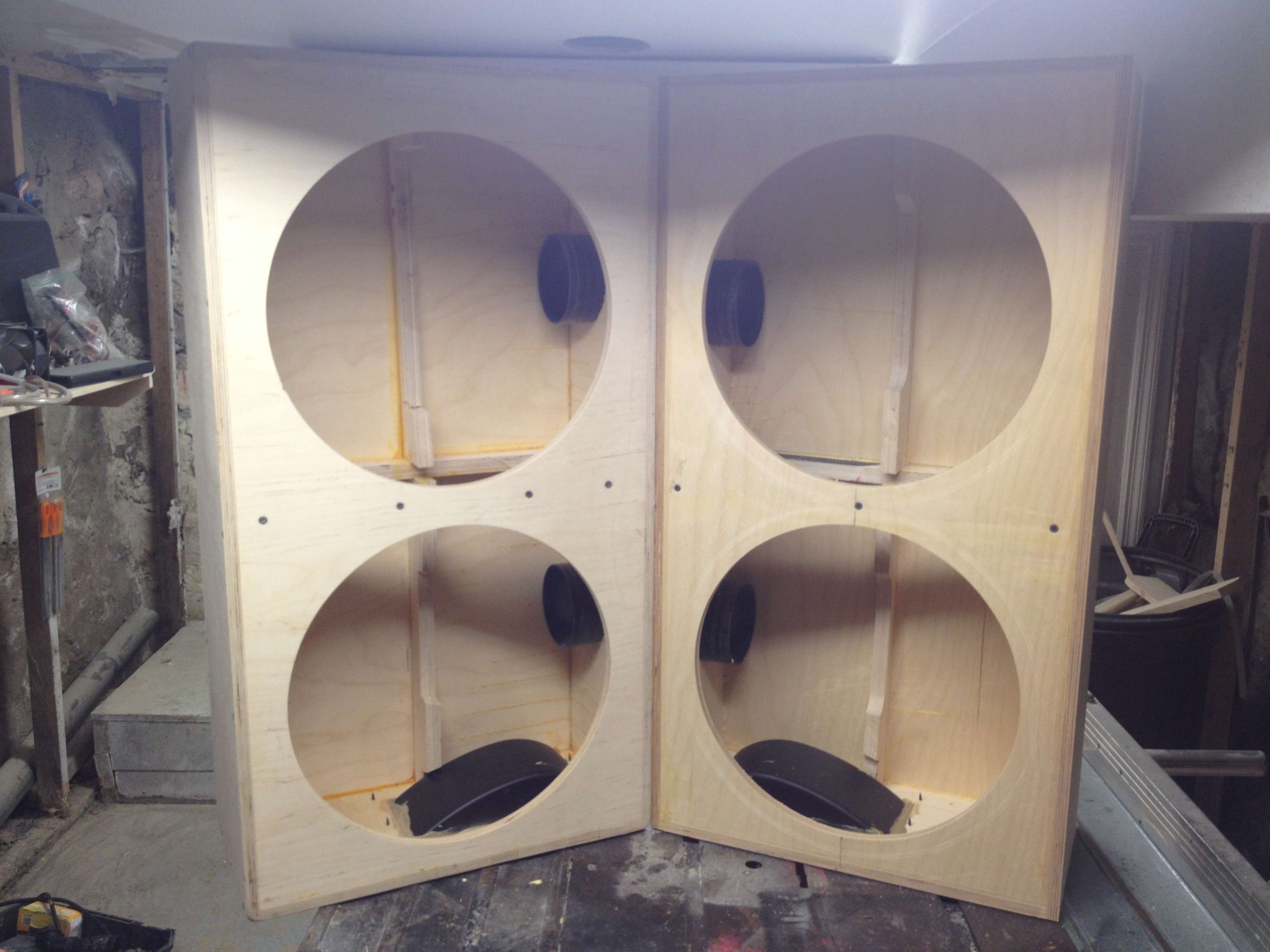 Nice system break down weltersys! It all fits in that trailer? What about the amps and processors? Curious how the system looks up close be very interesting what you other guy's are building. Any plans for the trailer OR should I look at Popular Mechanics mags? Thanks! I love this site!
•••
T

I would agree with Art. IMHO everything above 200hz or so should be above head height. So, bottom of your mains cab at least 6ft off the ground. Tough to say about your kick/mid bins, typically a kick bin would be around chest/head level but would only be used 80-200hz or less. 400hz coming out of those double 15's at torso to head level is going to be absorbed by the the crowd, not to mention deafening to be in front of.
•••
T

Curious about the waveguides and the mids. Why the round waveguides? I assume you're going to angle the pairs of them in each top away from eachother to minimise comb filtering?
•••
T

I'm still thinking this is going to be sub bass shy. The kind of top/kick setup you have would typically be paired with 2x 18" horn subs each side or 2x 2x18 reflex on each side.

You may want to seriously consider putting the subs together and corner loading them in most venues.
•••

djlivex said:
Nice system break down weltersys! It all fits in that trailer? What about the amps and processors? Curious how the system looks up close be very interesting what you other guy's are building. Any plans for the trailer OR should I look at Popular Mechanics mags? Thanks! I love this site!
Click to expand...

The entire sound system other than a few items which go in the trunk of the tow vehicle fits in the trailer, list below.

No plans for the trailer, it's basically a box on top of a kit trailer bought at a Menard's, a store like Home Depot or Lowe's .
I have seen some trailer kits for cheap at Harbor Freight.
It is overweight, but I had the kit, which had been a land/ice yacht in it's first incarnation about 25 years ago .

Like Turbodawg, I am also curious as to how mRgSr plans to deploy a pair of wide angle waveguides per side.
If horizontal, their dispersion will be about three times as wide at the crossover point as the 15" mids.
If vertical, there will be radical HF comb filtering at various distance from the stack.
Of course, for techno, that might be a good thing .