I want to put forward a design that I would like to build.

Drivers I have selected based on there reviews and specifications are:

I will be using Passive crossovers at first for the 2 way with each side driven off Channel A of a NAD C245BEE 4 channel amp and the other two channels for the sub/woofer section separate below - so a passive/active mix.

I will be building a 2x8 Mini DSP as my preamp most likely at the same time.

The baffle for the 2 way will be non-tapered/ and will have standard rectangle shape with rounded edges both front and back with the woofer back edge chamfered. The tweeter will be slightly off center towards the center of the stereo image ( closer to left hand side of righthand speaker) to account for diffraction - not sure if this is advisable. The tweeter and woofer will be flush mounted to avoid more FR nasties.
The baffle will be approx. 200mm wide and 290mm high.

My design is inspired by Zaph's ZRT slightly and others I have seen but I don't want to spend to much on the woofer that Zaph uses (revelator) , maybe this is not a good idea to use a cheaper woofer which such a nice tweeter.

I currently use arta to do measurements using a inline XLR sound card, Behringer phantom power supply and onboard audio (acer laptop) for the out to the amp with no ability to calibrate the effects the soundcard (both) affect measurements. I have never used Speaker Work shop but am willing to learn it or maybe even purchase Sound Easy and build the associated jigs.

I have an ECM8000 mic that is not calibrated but I am using the generic cal from HT Shack to somewhat give a more precise measurement.

I also have no way of correctly measuring drivers for example in IB/large surface area but I could build one.

I know this sounds a bit all over the place but if anyone could give me guidance on system design and configuration it would be great especially regarding the driver suitability for each other and for open baffle midbass/midrange.
Last edited: 2013-05-06 5:49 am
•••

Lots of questions! I'll try and answer a couple and make some suggestions.

The speaker you propose isn't very unlike the http://www.diyaudio.com/forums/multi-way/160938-unbaffled-dipole.html I built a couple of years ago. I'd advise not to use a single dome for this speaker. It will mess up the directivity. A reasonably priced dipole tweeter you should consider is de B&G Neo3. If you are willing to pay a bit extra for an even better dipole tweeter, consider Mundorf AMT's. They are very expensive, but worth the cost if you are looking for the best driver for the job. Have a look at the directivity of Gainphiles S9, with a similar setup as what you are suggesting: Gainphile: S9 Open Baffle Speakers 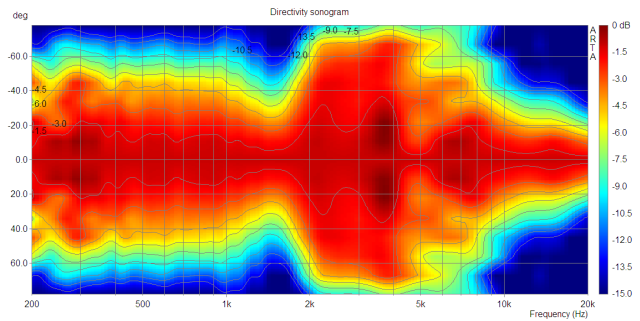 There is no need to build a large IEC baffle. What you need are in situ measurements of the drivers. Build the baffles, put the drivers in, take it all outside and lift the baffle for mid and tweeter high off the ground. Then you will be able to do measurements that are not messed up by strong early reflections.

The crossover between mid and woofers is probably done best by putting the speaker on the ground and including the floor-reflection in your measurements. Do make sure to minimize other reflections.

In order to get accurate measurements of the relative phase/delay between the mid and tweeter and to be able to measure impedance (with LIMP, part of the ARTA package), you need to do 2-channel measurements. I had to buy an external USB-soundcard in order to be able to do that with my laptop. The Behringer UCA222 is a cheap but good device. Personally I would not advise to purchase Soundeasy. The way I see it, it no longer has much added value. As you say, you already have ARTA. That's all you'll ever need to do measurements. For crossover simulations I usually use Boxsim, it's free! Downloads

If you were to use the miniDSP to do all crossovers, you don't even really need to do accurate measurements of phase per se. The easiest way about it, would be to visually align the mid and tweeter and to equalize both their frequency response flat to about one octave beyond the intended crossover frequency. Then just apply an LR4, reverse polarity of the tweeter and use the delay function on the tweeter to get a perfect notch at the crossover frequency. Then set the polarity right again and you're done.
•••

I found out that is is not wise to level the response of a driver with PEQ first. You will get best results by taking advantage of the dipole-typical response curves.

My recommended method with minidsp: measure each driver in the real "baffle" that you will be using, at 0¤, 30¤ and 60¤. Look at these graphs and find a way to make it have symmetrical acoustic xo-curves by trying different xo frequencies and slopes and levels. Then use PEQ for each driver to fine-tune response and "legs" below xo level. Then use delay to fine-tune xo areas (phase). These tunings must be done many times, take breaks and sleep over measurements!

Actually, when the tweeter and mid are reasonably aligned, making both their individual responses flat before using a symmetrical crossover filter should yield perfect summing through the crossover region without having to tweak. The only fine-tuning comes from setting the delay for the tweeter, to perfect the alignment of the drivers. Ideally though, the drivers would be perfectly aligned physically - especially beneficial if you use a dipole tweeter like the Neo3, because then you'll get optimal crossover summing both in front of the speaker as well as behind. In order to get perfect physical alignment, having the ability to do two-channel measurements helps a lot.
•••
D

Low driver Qts and the small baffle result in a early bass roll-off. This might be insufficient to cross the midrange properly to the woofer. Crossover frequency around 300 Hz?